Four fish farm operators have had 10 permits revoked by the Planning Authority, although they have been given until the end of the year to relocate to an aquaculture zone further offshore.

It cited operators' long-standing illegalities, a number of which are still in place, the negative impact on bathing areas as well as their offshore farms' undesirable environmental impacts in its unanimous decision.

Although operators have lost permits related to fish farm cages close to the shore, they can still operate from a designated aquaculture zone 6km off the southern coast of Malta.

Fish farms in the north part of the island, close to Comino and is-Sikka l-Bajda, off San Pawl il-Baħar and another two are located off the Marsaxlokk area have up until December 31, 2016 to completely relocate their tuna structures and operations to the approved aquaculture zone in the south of Malta.

Statements of intent operators submitted to the PA will map out the way in which they will move their operations to the aquaculture zone and eliminate any remaining illegalities.

The PA said that it reserved the right to proceed with direct action should the operators not adhere to the conditions outlined in their declarations.

The PA decision comes two weeks after an initial meeting between the two sides, during which the Authority had decided to give operators two additional weeks to prepare mitigation plans.

Operators had pleaded with the authority for more time, saying revoking permits would cost the industry €150 million.

Fish farms have made headlines for all the wrong reasons over the past few months, with fishy, foamy slime drifting into swimming bays and keeping bathers away.

Operators have attributed the slime to the use of baitfish with a higher fat content than that usually used, although Environment and Resources Authority chairman Victor Axiak has said that problems with slime "are just the tip of the iceberg."

In a statement, Environment Minister Jose Herrera welcomed the board's decision which he said reflected the government's commitment not to allow the illegality to repeat itself. 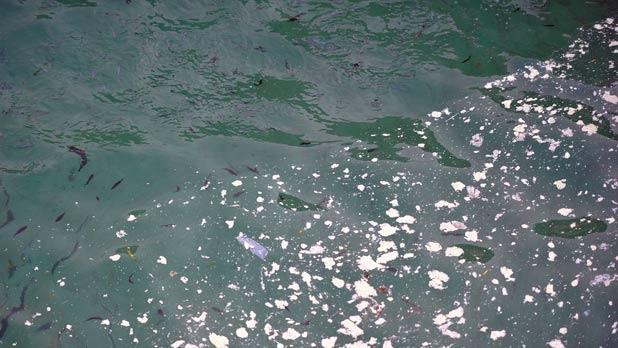