With tourism at a standstill due to the pandemic, vibrant five-star hotels have been reduced to ghost towns as general managers try to put staff to good use and forecast a long wait mired in uncertainty until a revival.

It is a surreal scene, with the swanky lobbies and bustling kitchens, only recently teeming with life, looking dead since the closure of the airport that sent the industry into survival mode overnight.

According to the Agile Report released a few days ago, tourism will be the worst-hit post-pandemic and The Westin Dragonara Resort general manager Michael Kamsky warns of a “difficult pick-up”, with visitors only trickling in.

The report says tourism would be the last to recover and, in fact, Kamsky envisages a “crawl back” in about 18 to 24 months. “We have lost a lot, so recuperating will take time.”

Meanwhile, the five-star hotel is intent on keeping all its full-time employees but is reviewing the situation month by month.

Behind its closed revolving doors, deep cleaning is under way. A major refurbishment project that started three years ago, and has seen the hotel grow from 340 to 412 rooms, has picked up the pace.

“The Westin will be more beautiful than before,” Kamsky says. “We are taking the time to reorganise things we never had the chance to do.”

For Malta Marriott Hotel & Spa, which opened its doors in January following a 15-month €30 million total renovation and rebranding exercise, only to close two months later, the timing could not be worse.

From the excitement of operating a brand spanking new hotel, staff are now removing plants from 301 renovated bathrooms to keep them alive and also removing new outdoor furniture from terraces to protect it from sea spray.

General manager Alex Incorvaja knows that when things bounce back, the Malta Marriott will be at the top of its game. Meanwhile, however, keeping over 140 employees on its payroll with idle time, following a huge investment, has meant putting them on reduced working hours.

Incorvaja says the government’s aid package has been “crucial” to retaining staff. But this vital support needs to continue beyond June 9 to weather the storm.

“I do not see business returning to the new normal until early next year,” he predicts. “Based on the way things are going, restaurants could start to open sometime in June, although the ‘new new’ would mean less tables for social distancing. Accommodation may begin to recuperate a month later. But the volumes will be considerably reduced and the ramp-up slow.” 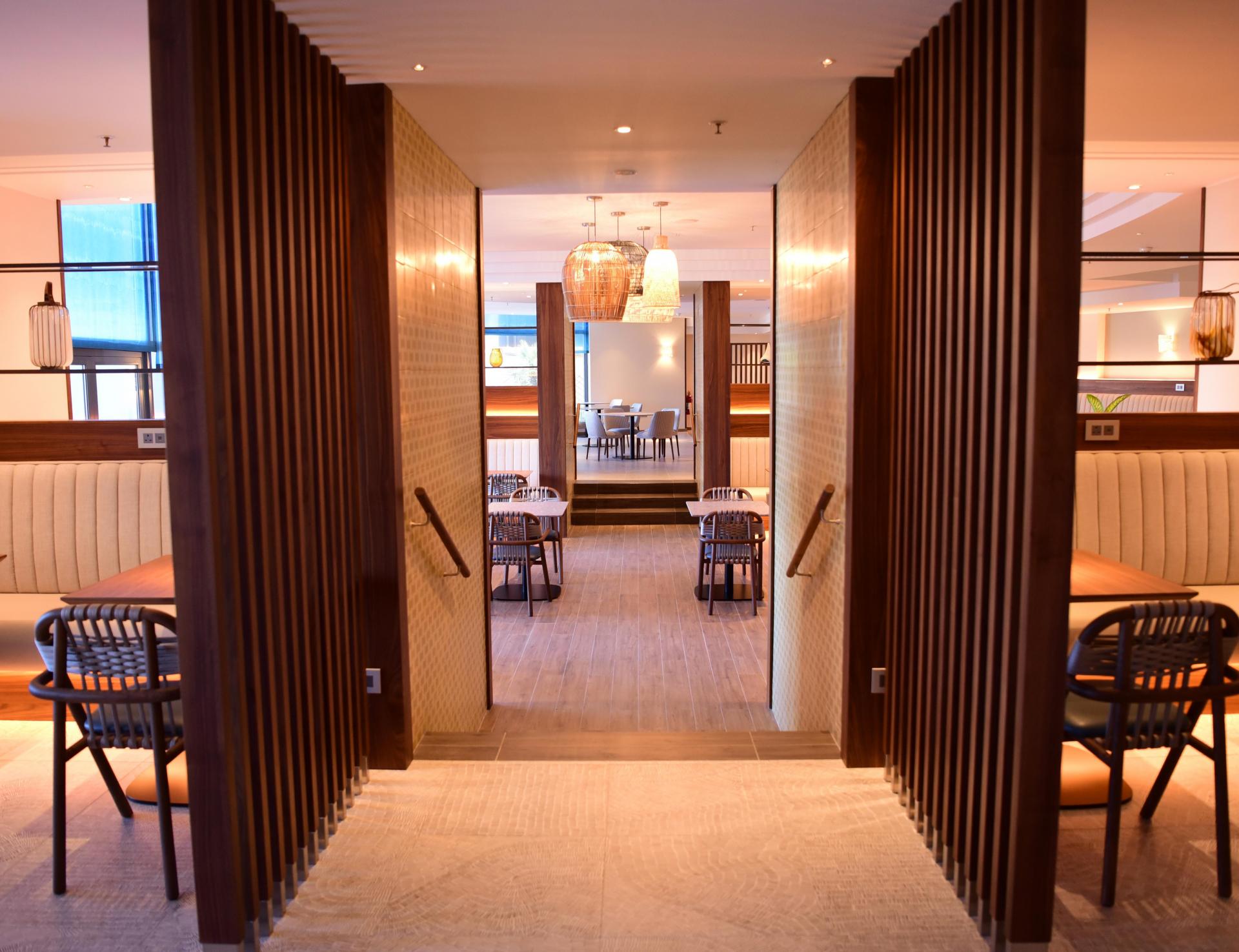 Incorvaja is being generous when he says “we won’t be seeing more than 20 per cent occupancy” in July to October – a period that normally contributes to over 40 per cent of Gross Operating Profit for the year.

Meanwhile, task lists have been drawn up to maintain the closed property, complete outstanding jobs and keep it ready for mobilisation.

“Kitchen associates are working in the maintenance department and front office in housekeeping,” Incorvaja says. He never imagined resorting to the reassignment-of-duties clause in contracts.

It is amazing how flexible employees are on their own initiative

Corporate travel is likely to be back on track the soonest, with leisure travel the last, he says, quoting the Agile Report that shows the majority of respondents would leave some time before going abroad after authorities declare it is safe.

However, the advent of Microsoft Teams and Zoom has changed the landscape forever. Business trips will be toned down as cost-conscious companies restrict travel, he maintains.

“While there is light at the end of the tunnel and COVID-19 will go away, the question is what is going to be the ‘new new’?” 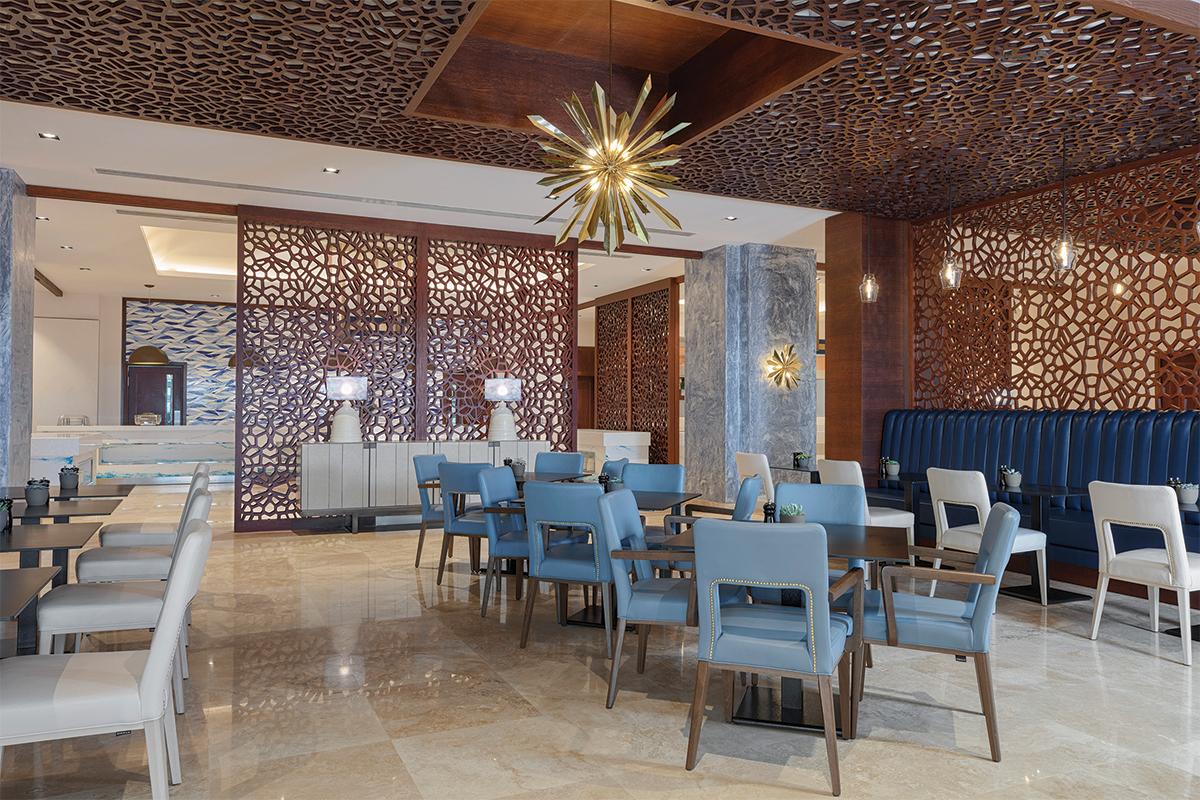 An empty, silent breakfast terrace, with no clink of cutlery to be heard.

The lull in tourism is an opportune time to “see what we are offering guests and take it to the next level to compete internationally”, says Corinthia Palace Hotel & Spa general manager Adrian Attard.

Being a luxury property, the idea is to elevate guest experience. This is an opportunity to be ‘positive’ and adapt to a new way of doing business.

The hotel is planning ahead to be ready to relaunch whenever that may be, Attard says, taking an “upbeat” approach. He is actually busier than usual – “just without the guests, which is the sad part”. 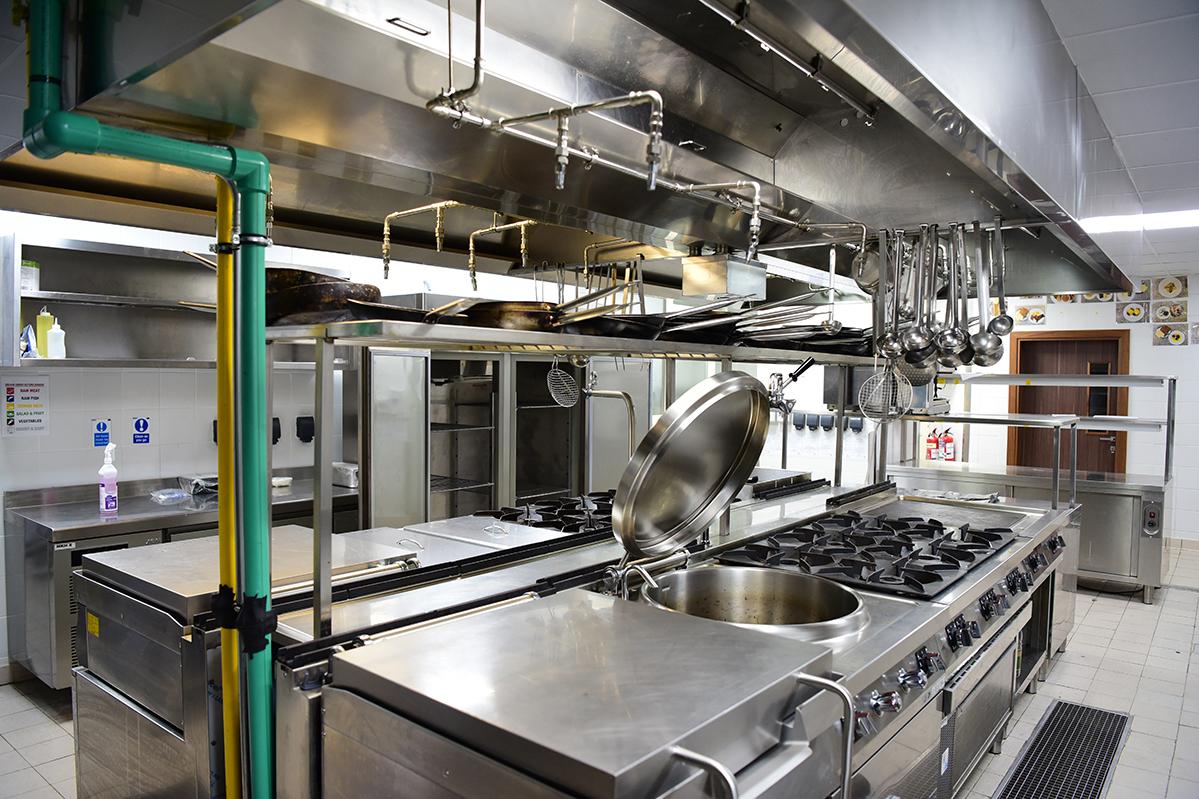 A glistening kitchen, but nobody to cook for. Photo: Mark Zammit Cordina

In the interim, the focus is on maintaining contact and relations with clients and partners.

“Our priority is our staff. We are keeping in contact through our internal social media to ensure everyone remains as engaged as possible – even through weekly online quizzes.”

Meanwhile, key staff, working on maintenance, have their temperature tested and other COVID-19 precautions are being taken.

“It is amazing how flexible employees are on their own initiative,” he says about chefs readily doing security work and painting.

Behind closed doors, the refurbishment of the Athenaeum Spa has continued and is nearing completion, and Rickshaw restaurant has launched a delivery service.

Attard’s gut feeling is that the local market, based on the way the country is managing the situation, will start to see openings before other countries. He hopes for some reduced restrictions on social distancing by summer, allowing parts of the business to operate.

Meanwhile, it is all about “uplifting the lives of customers in these troubled times” by communicating through videos on social media. Chefs are sharing recipes, bar tenders their cocktails, and the spa its beauty treatments.

“Normally, we create experiences for guests on the premises. Now we are seeing how to make a difference in their homes and from a distance.

“We will return, and the industry will revive. People will want to travel again, albeit for different experiences. They may go on holiday less, but better.”