The greater flamingo that has been in Salina since June 11 flew off safely in the middle of the night yesterday. Meanwhile, rare spoonbill arrived at the Għadira wetland, Birdlife said. 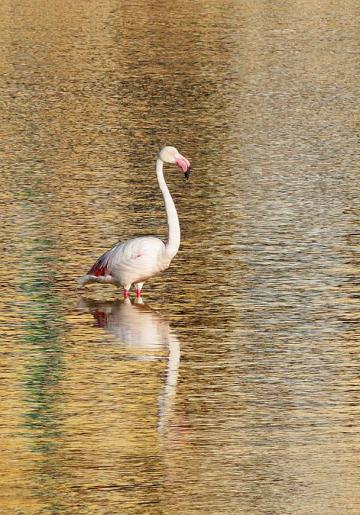 Flamingos spend most of their lives in large colonies of hundreds or thousands of birds, feeding in salty lagoons, like those at Salina, and breeding in the adjacent marshlands.

They migrate in flocks to find food.

Birdlife said it hoped that the Eurasian spoonbill that arrived in Għadira would remain at the sanctuary during its stay in Malta.

The coastal wetland, with its shallow lagoon and islands, is one of the only suitable habitats for spoonbills, which are occasional visitors in spring and autumn.

The Ghadira reserve will be open between 9 and 11am tomorrow for a special birds breeding activity.

The event, which is free of charge, will include guided tours.