Joyce Camilleri describes her latest collection of paintings as “shrines of meditation that demand total absorption and mindfulness”. She talks to Joseph Agius about the necessity for a Fuga Modus, an escape from it all.

The Fuga Modus exhibition’s mission statement states that these works are inspired by the poetry of Czesław Miłosz. How did this come about? Are these works poetry transformed into paintings?

I came across the writings of Miłosz during my master’s degree, an almost three-year-long journey that allowed me to articulate better my artistic process and rediscover a long-lived passion for creative writing and poetics that eventually deve­loped as an extension to my visual arts practice. Miłosz’s pen is dark and yet hopeful, raw but enlightening, in a way I feel is similar to my art. His work carries a beauty that earths you and yet makes you wonder about the ordinary in extraordinary terms. I consider poetry and drawing as art forms that are essentially ‘incomplete’/‘open-ended’. They are verbal and non-verbal leaps into a new indefinite space that have the power to transport the artist and the viewer to unforeseen places bestowed on the subconscious.

“Not that I want to be a god or a hero. Just to change into a tree, grow for ages, not hurt anyone” ‒ are famous words by Czeslaw Milosz. Are you after a state of being that transcends all, a depiction of a balance that is beyond words?

For this body of work, I wrote a short poem that carries the same title of the exhibition. This poem is not an attempt to verbalise the individual works, but rather a written interpretation of the artistic process undergone. The artworks have a life of their own and essentially an aftermath of this liberating experience. They are images that have a story to tell, a visual narrative that is illustrated by myself as an artist and eventually written by the viewer. I am an instigator of thought that sets the mood, but I don’t spell out the whole plot. 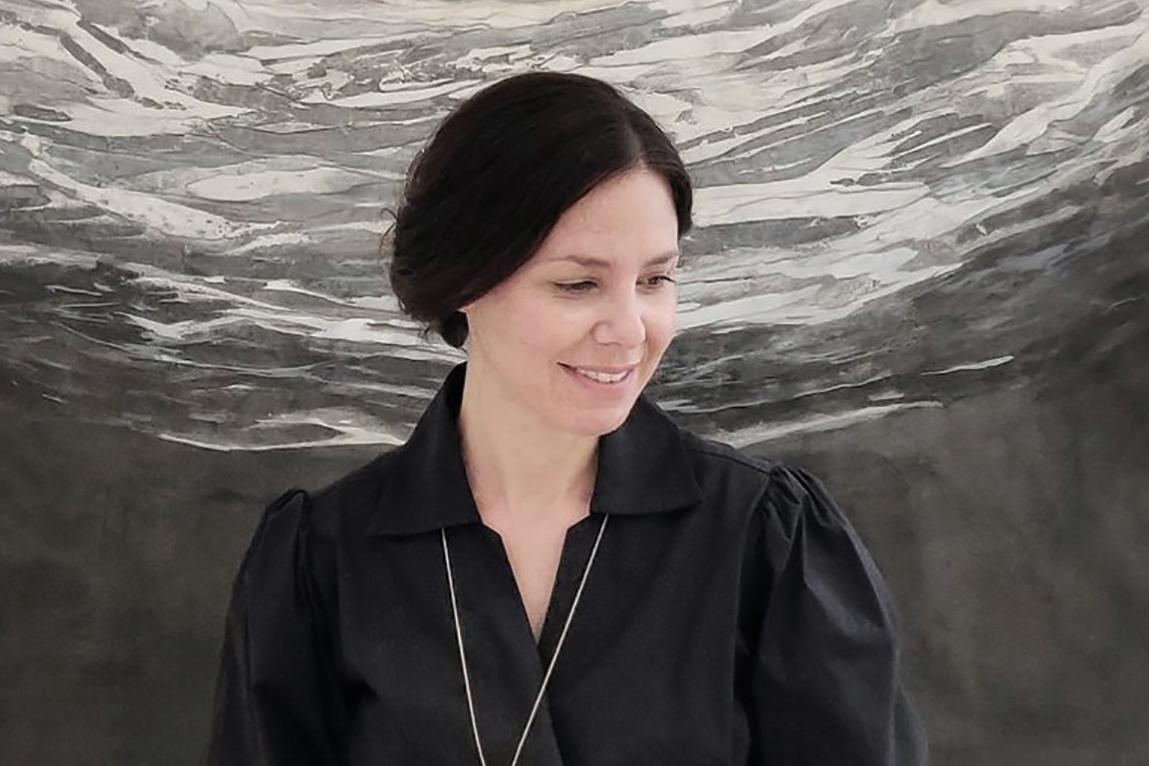 Are your paintings an externalisation of pure introspection?

I think all authentic artistic practices are a result of sheer introspection, or what Goethe would call Innerlichkeit, inwardness, a term that denotes the inner nature of an individual in contrast to the outer world. I myself create in solitude, withdrawn in my home studio upstairs. Despite the visual tension perceived in most of the works, there is an underlying sense of silence and solitude, which is synonymous with the conditions in which I create. The works themselves are shrines of meditation that demand total absorption and mindfulness.

Fuga Modus, translated as ‘flight mode’, evokes an escapism from the concerns of the daily mundane. Flight also elicits an avian characteristic, an elevation of sorts. Are these the two main underlying themes of this exhibition? Is Fuga Modus a flight of fancy in some way?

As written in the synopsis, the title chosen for this exhibition recalls the moment we switch our mobile phones on flight mode once the aeroplane takes off, the urge to flee away from a reality that betrays our expectations, and the need for nature when urban spaces feel suffocating.

This common term is nonetheless presented in a language that is not so common anymore, possibly inciting the public to look up its meaning, only to discover that it is a universal phrase related to travel and, metaphorically, an equivalent state of mind.

The exhibition seems to explore these states of stillness, however governed by a visual entropy, as in Tacet Tempesta. Your art is not anthropocentric in the sense that mankind and its impact on everything, destructive or otherwise, is exiled, and a state of pure thought, ironically anthropocentric, as an outpouring of the artist’s subconscious. When does a theme lose its anthropocentricity, or is this an impossibility?

A theme loses or even bypasses anthropocentricity when the artistic process is allowed to prevail over concept. Alas, I hold that pursuing a predetermined concept chains the artist to the conscious. In this sense, unlike other artists, I don’t feel the need for a concept to create. The impetus to do art and conduct studio research is grounded in my fondness for art as an aesthetic experience rather than the will to make a statement. On the other hand, concepts are the aftermath of my creative impulse, and that is where my passion for poetics is unleashed and where my verbal input is allowed to hint to a rather fluid theme or avenue of thought that is triggered by the artistic process itself and that would have otherwise been consciously ignored. 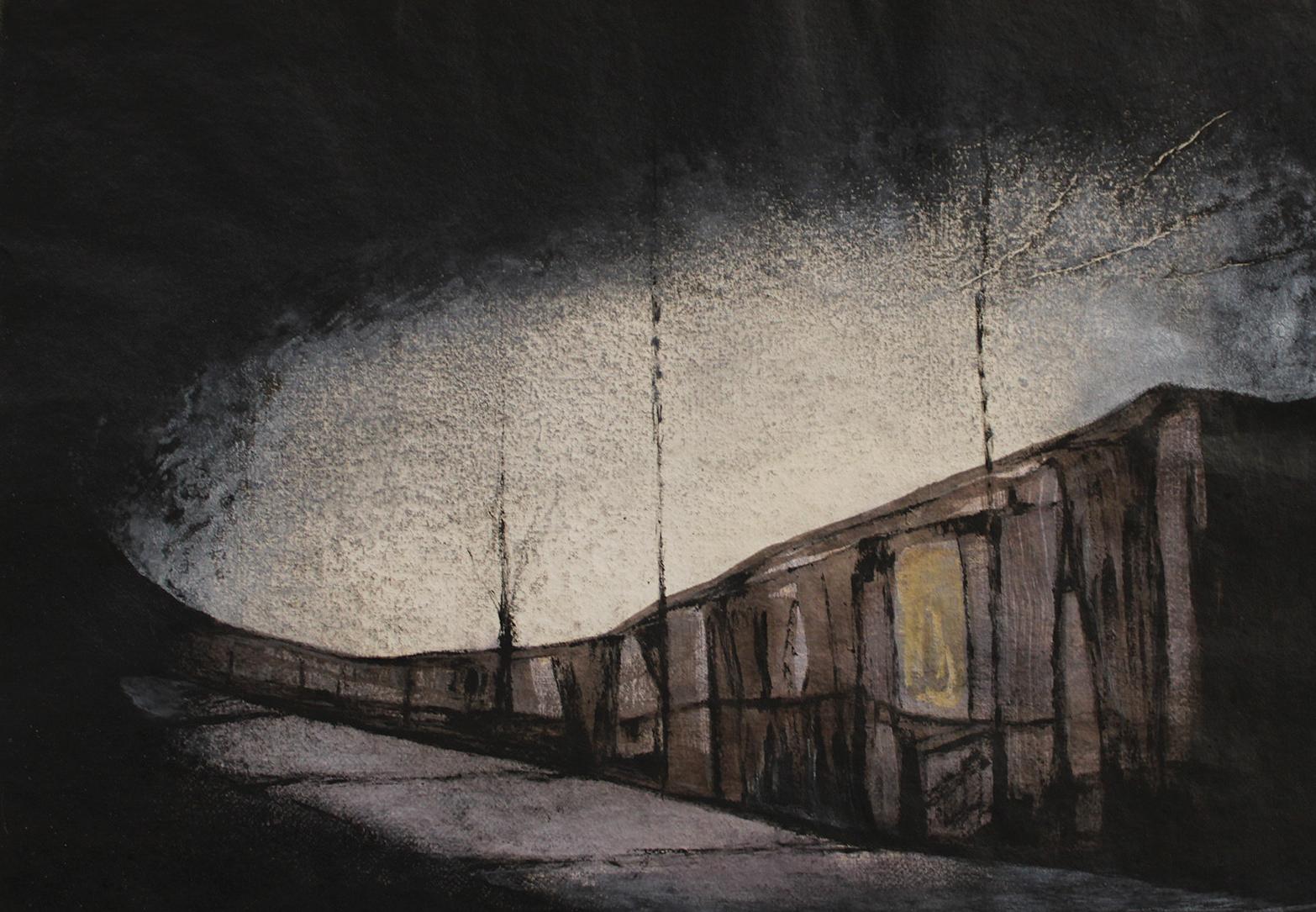 I consider colour an ideal tool to set a mood, and the colours emerging in these works are meant to create an ethereal atmosphere that echoes the silence that precedes the storm

Your last exhibition, Ochra et Nigreos, the fruit of the artist’s residence at MUŻA, explored a dichromatic theme of black and ochre, amid a confined space. You have increased somewhat the chromaticism by introducing burnt umbers and greys to accompany the two original colours. Does this signify a change in narrative or a continuation or variation on the previous one?

My art might seem dark, but I have a very colourful personality. And while at first glance this body of work might feel rather monotone, I see a richness of nuances and colour that has been gradually emerging throughout the past years. Let’s say I adopt a ‘less is more’ approach when it comes to colour. Yes, ochre and black will always be an all-time favourite; a striking combination that never fails me. However, since I hate being caught unequipped, I regularly update my special reserve of colour inks eagerly awaiting to be given their moment of glory.

Dualities of abstract and representational, storm and calm, root (symbolised by the trees) and flight. You have banished the trickling in of human forms. Can you elaborate on this?

The visual absence of human forms is evident and yet the human presence of the artist as an onlooker/reporter of these landscapes of the subconscious is deeply felt. Undoubtedly all that you mentioned, ‘storm and calm, root and flight’ can also be transcribed as contrasting states of mind experienced in real life and outpoured into visual imagery. 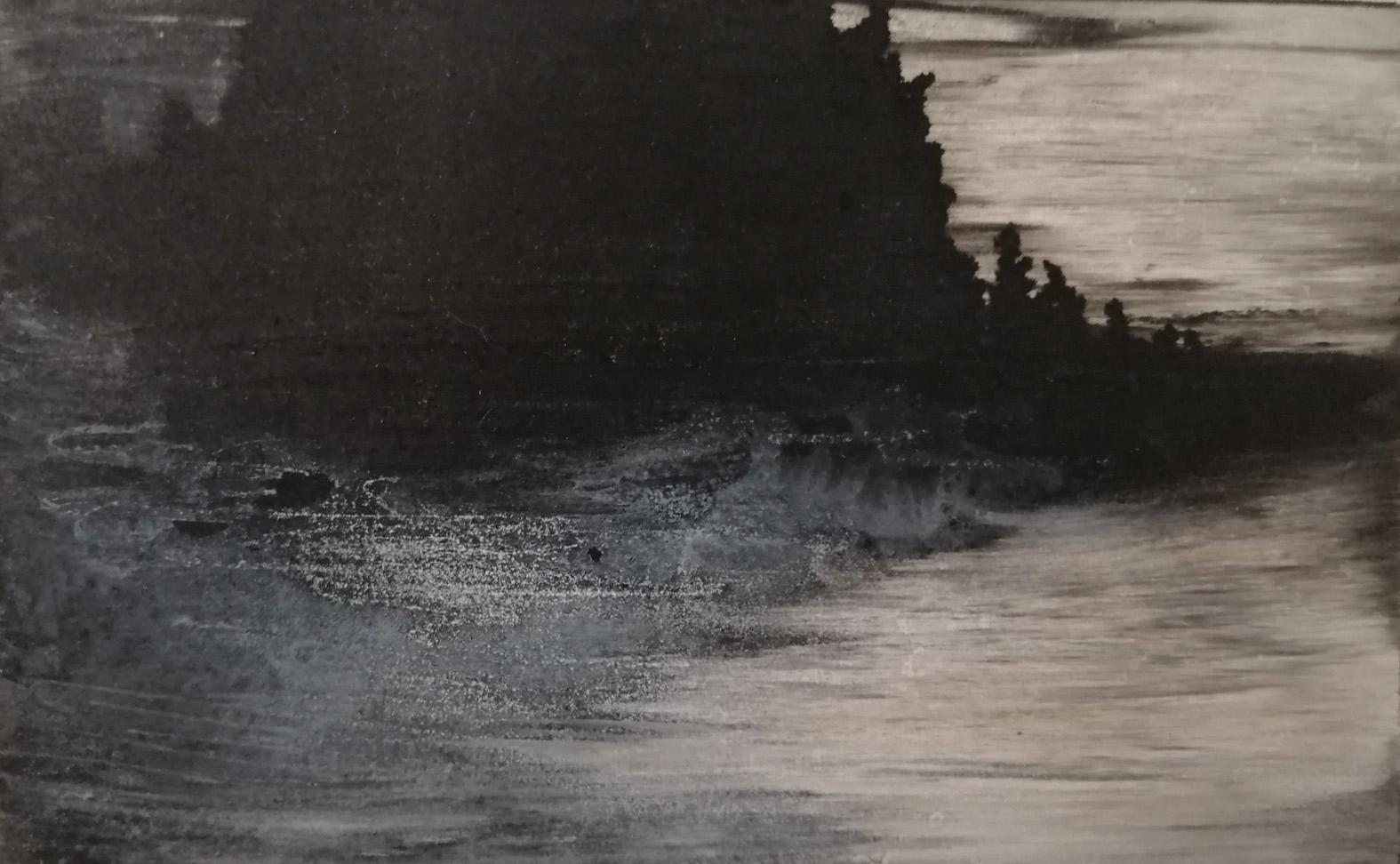 The painting In Silvis, the title of it suggests a copse, evoking similar work by Peter Doig, Alex Katz and Gustav Klimt. The branches appear lifeless or deep in the throes of a winter hibernation when leaves are shed off. There is a strong elici­ting of in-between states, the ochre symbolic of a return to the earth or a form of ritual rebirth. Lichens are symbiotic relationships bet­ween fungi and algae, evoking a balance of sorts. Do you feel that humanity has been transformed into a parasite, leeching off and destroying its host, planet Earth, in the process?

Yes, many works in this collection carry a sense of tension possibly reminiscent of Peter Doig’s painted compositions, a tension that is paired with the intricate detail of warm lit textured tree trunks that echo Gustav Klimt’s idyllic images of birch trees.

Humanity is, in fact, a perfect concoction of tense and idyllic. That humanity is a parasite is indeed a fact, but which organism inhabiting this planet is not. Survival is at the forefront, and many a time it is at the expense of others or of Earth itself. Possibly this is another reason why I shy away in my studio and switch on flight mode in search of unequalled forms of freedom and silence.

Lichens, some of them ochre in colour, grow on tombstones. Ochre is a regal colour and was used by the cave dwellers in their depictions. It is a colour which is as old as civilisation itself. Do your greys symbolise an apathetic decline of civilisation, maybe one day overwhelming the ochre of mankind’s history and legacy?

Ochre is a timeless colour, echoing the colours of the raw earth and the more refined hues of gold. In my work, ochre symbolises light; however, many a time my choice of colour is triggered by a search for visual balance rather than symbolism. I consider colour an ideal tool to set a mood, and the colours emerging in these works are meant to create an ethereal atmosphere that echoes the silence that precedes the storm.

In astronomy, axis mundi is the Latin term for the axis of Earth between the celestial poles. There is a cosmological relevance in this work – a heaving in the dualities – heaven and earth, silvery sky and frothing dark sea. The swathe of darkness is heavy and the painting is rooted through the density of the volume at the foot of the composition. Is this a representation of the skies, the seas and Earth and their transformative abilities as factors of each other? Are you depicting a hope in the ability of the planet to regenerate, notwithstanding what us humans throw at it?

We are an extension of this world; creatures that have crept on the ground before standing up high and tall. And yet our feet are kept grounded. This work highlights the human connection with earth itself and is, in fact, the only piece that hints to human forms in the cave-like spaces of the Kunlun mountains, subject of multiple Chinese myths and legends.

Nebula is another exercise in semantics – nebula means cloud. This painting could refer to a cloud up in the sky or a nebula in deep cosmological space, or a nebulous and cloudy personal perspective. Are we to be redeemed by a cosmological, introspective and divine silence that one comes across in the verses of Milosz? Do we have to find these vacua in any way and in any form to save ourselves, if not the world in general?

This set of four ‘clouded’ images evoke mystery; a sense of wonder for unknown destinations. They echo the distant scenery enjoyed from the window of an aeroplane, many a time hazed beneath the overlaying clouds. One would impatiently stare out of the window in the remote space surrounding the flying vehicle in the hope to identify one’s geographical position on this planet. Don’t we all do that from time to time, attempting to understand where we are, or better, who we are? And what better place than the landscapes of the subconscious to fathom this.

Fuga Modus, curated by Art Sweven, is hosted by Il-Kamra ta’ Fuq, Mqabba, and will run until August 16. For more information, visit the event’s Facebook page.