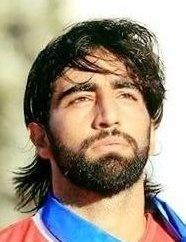 Floriana continued with their transfer activity when they reached an agreement to sign Mohammed Saleh.

The 24-year-old Palestine central defender has agreed to put pen to paper on a one year contract, with an option of another year.

Saleh is the fourth signing of the Greens after they have already secured the services of wingback Clayton Failla, attacking midfielder Goran Galesic and striker Terrence Vella.

Saleh will probably be the first Palestine player in the BOV Premier League but he arrives with a respected CV as he forms part of his country's national team, having earned five caps so far.

He joins Floriana from Ahli Al-Khaleel with whom he won the Palestine Cup in 2016-17 and finished runners-up in the national league last season.