Upgrading works at King George V Gardens in Floriana have been completed, three years since the embellishment project was first announced.

Through an investment close to €400,000 financed through the development planning fund of the Planning Authority, the garden has undergone upgrading works making it better, safer and more accessible.

This was announced by Environment Minister Aaron Farrugia during the inauguration of the garden on Wednesday afternoon.

Embellishment works included the installation of outdoor gym equipment, 14 CCTV cameras throughout the garden and an irrigation system. It also includes new and safer playing field equipment, along with new flooring material in the play area.

Maintenance was also carried out on the lampposts, while electrical and cabling systems have been upgraded for better safety. The sanitary facilities in the garden have been changed completely. 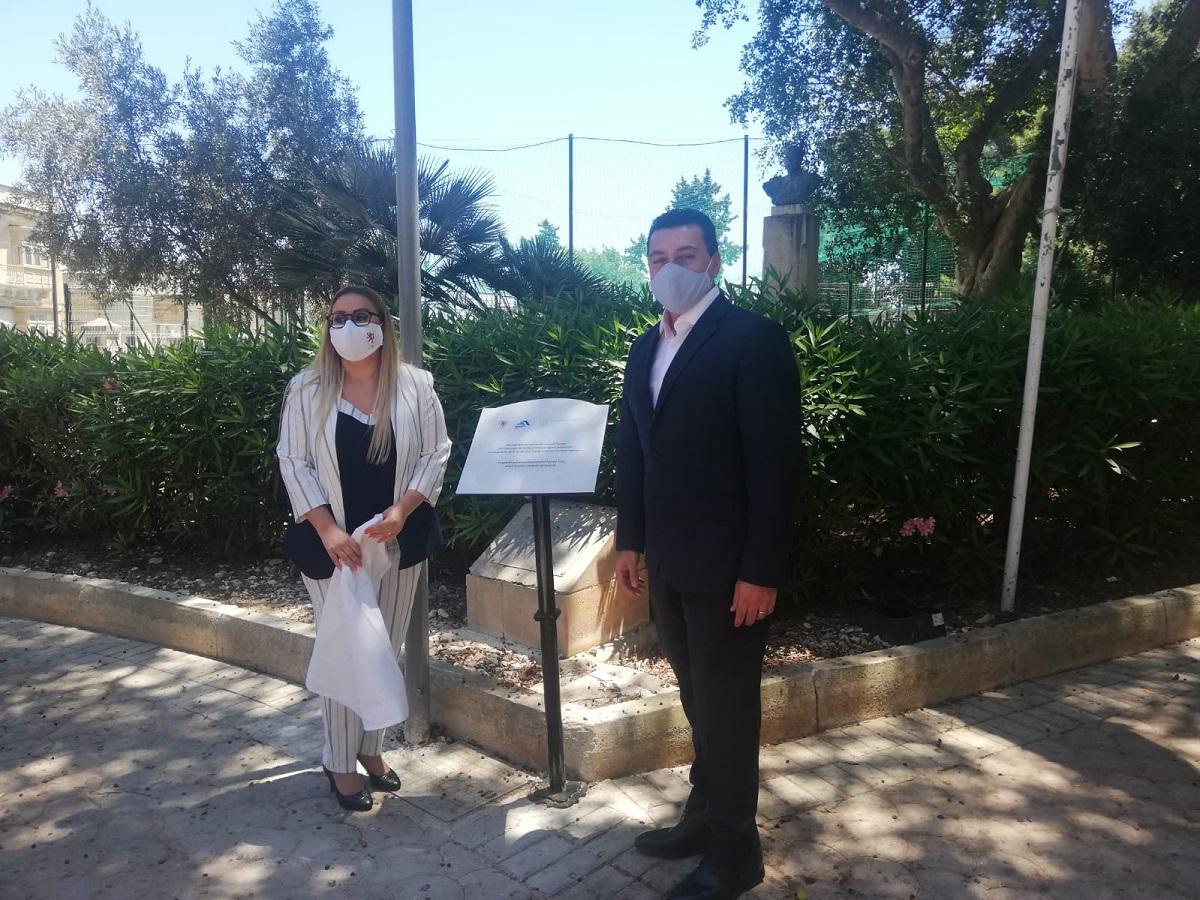 The football pitch's turf and perimeter fencing will be replaced in the coming months.

Works were coordinated by the Floriana local council.

The entrance to the gardens is characterised by a graceful decorated arch with the British Monarchy coat-of-arms up at the top.

In 1951, a clubhouse was built within the grounds of the garden to serve as the headquarters of the Malta Playing Fields Association. The first playing field in Malta was installed within this same garden. 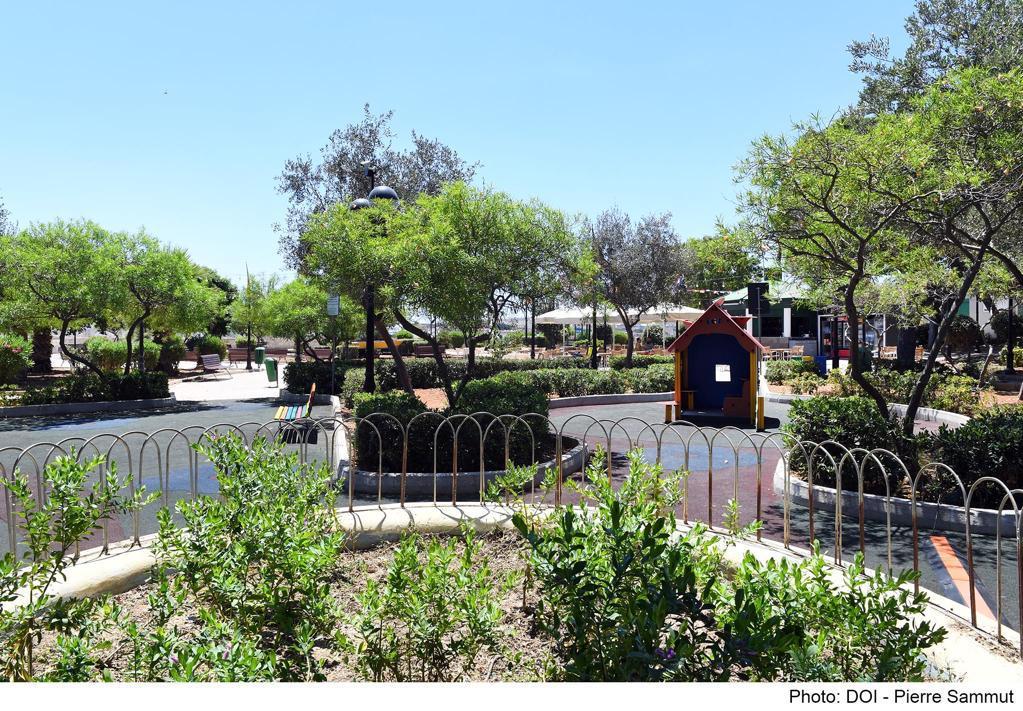 Farrugia highlighted the role that the PA's development planning fund played in bankrolling such projects.

The DPF promotes embellishment works in urban areas and while councils are the main beneficiaries, funding applications are also open to NGOs and individuals.

"The fund provides local councils, NGOs and others with the necessary financial support for them to be proactive and undertake projects that improve our urban environment, which equals to an improvement in our quality of life," Farrugia said.

Cassar said that such public gardens have served an important public health function in urban towns.

"The gardens give us space to exercise and access to nature which benefits us both physically and mentally."

He encouraged all local councils to be spatially more creative and innovative on how and where to introduce more green open spaces in their locality.

Floriana mayor Davinia Sammut Hili said that the Floriana Local Council, following works spanning over more than a year, is handing back to the community a fully refurbished family recreational centre.” 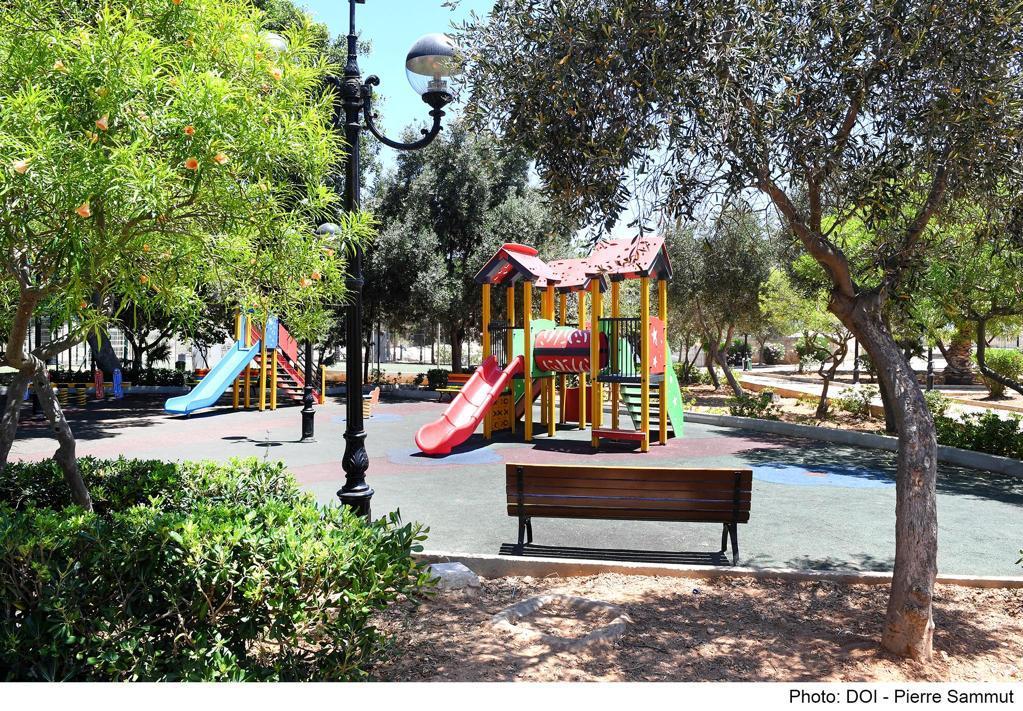 Studies results on pedestrianisation of St.Anne in 'coming weeks'

The results of the geotechnical studies concerning the proposal to turn the busy Floriana street into a garden will be in the minister's hands in the coming weeks, Farrugia told Times of Malta.

Back in January, the minister said that the project must undergo a geotechnical study on whether the project can go ahead.

"Since then, a tender for the geotechnical survey has come out and work is taking place. The results should be in my hand in the coming weeks, which I will then push the results to cabinet for further discussions," Farrugia said.

Previously, Farrugia said he is "very interested" in the project, which had been given a fresh impetus after a similar proposal was unveiled for Paris's Champs-Élysées.