Members of the public on Saturday paid tribute to the late Prince Philip by laying flowers at Villa Guardamangia, where he lived while serving in the navy in the late 1940s.

The tribute, organised by the Malta George Cross Movement, saw members of the movement, the George Cross Island Association, the public and Royal Naval Association Malta branch, Malta Command WW2 Living History Group lay wreaths at the steps of the historic villa where Philip and Elizabeth, at the time a princess, lived between 1949 and 1951.

The event was documented using photo and video.

Elsewhere, in Valletta, people gathered at Upper Barrakka Gardens to witness a gun salute for the late Prince, fired from the Saluting Battery at 12pm.

The nine-gun salute -  one for each decade of the Duke of Edinburgh's life - was organised by the Wirt Artna Foundation and the Malta Tourism Authority.

Prince Philip died last week aged 99. He will be laid to rest during a funeral ceremony held at Windsor Castle later on Saturday. 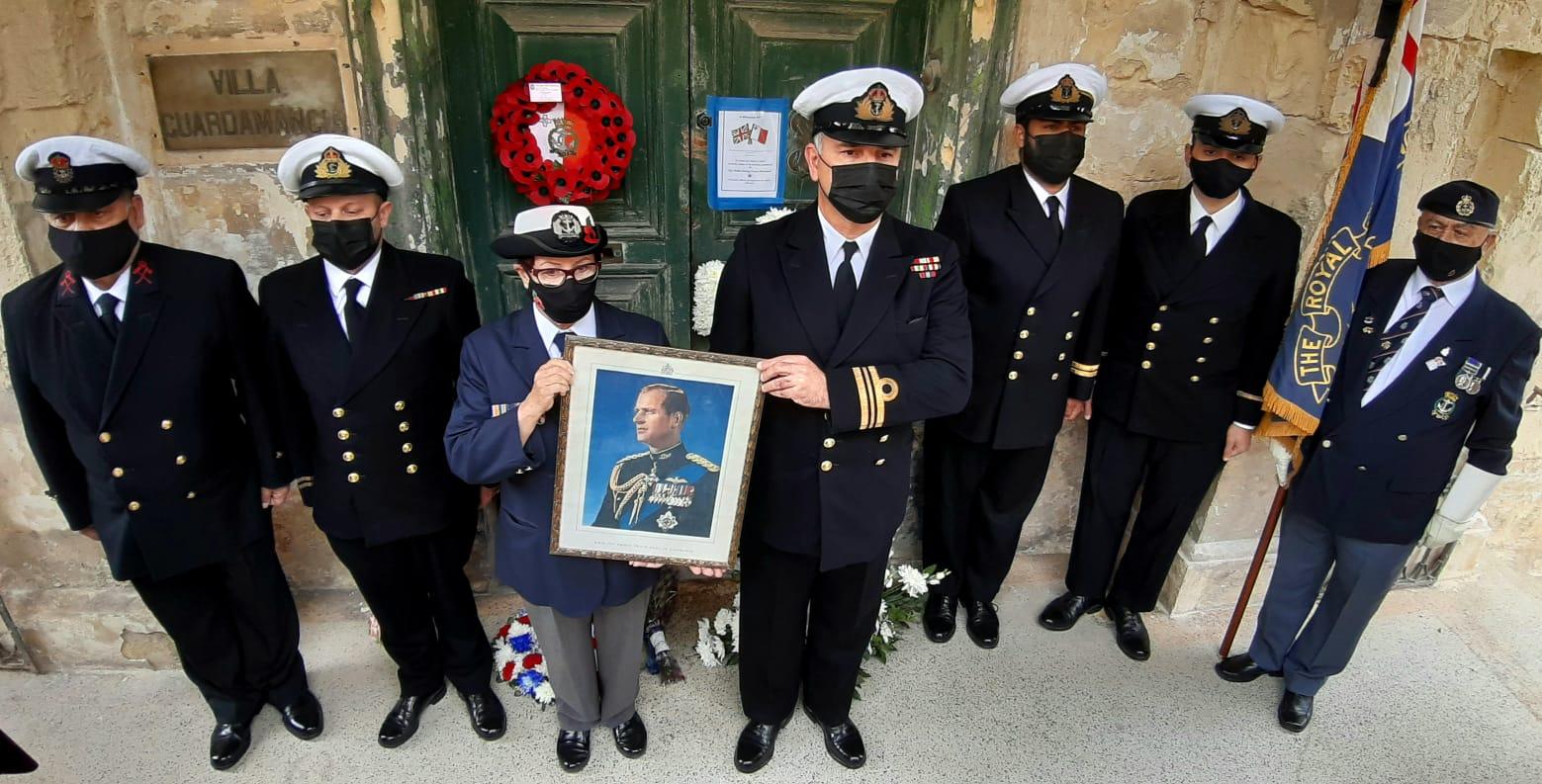 “Today we not only saluted one of our former residents but a great and special friend to Malta,” Simon Cusens, Historian and admin of the Malta George Cross Movement Group, said.

“There is no doubt, as the Queen has often said, that Prince Philip had a special relationship with Malta as the place where they spent the best years of their life. We have lost one of our most influential residents in terms of philanthropy, the education of youths and conservation.”

“Prince Philip was a patron of 900 voluntary organisations, travelled to represent the Queen over 600 times and gave over 5,700 speeches during his time as an active royal.”

Cusens added that the Duke would be remembered for his strong will and initiative in public life. 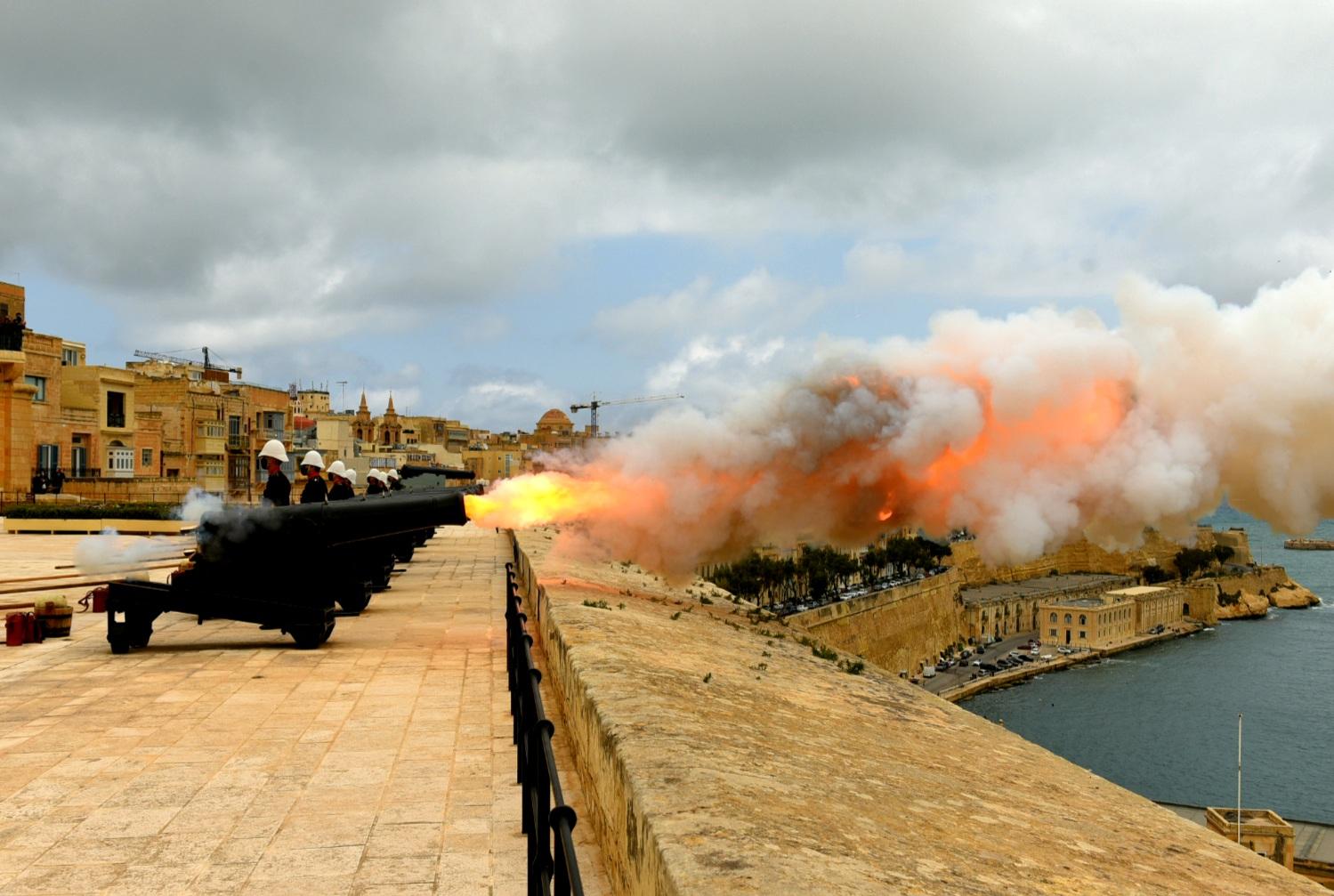 “If the Queen is the head of the firm then Prince Philip was the backbone,” he said.

“While he was the consort, he was still his own man and remained strong-willed. He transformed the role of consort from a constitutional title with no roles by taking initiative and forging it for himself. He may have been in the Queen’s shadow but he was certainly no pushover.”

“He knew Malta well and in many ways he was one of our own. So we will keep him in our hearts and give him the send off that he deserves.”

Elsewhere around the island, businesses in Sliema and Marsa put up posters in memory of Prince Philip and flew their flags at half-mast as a sign of respect. 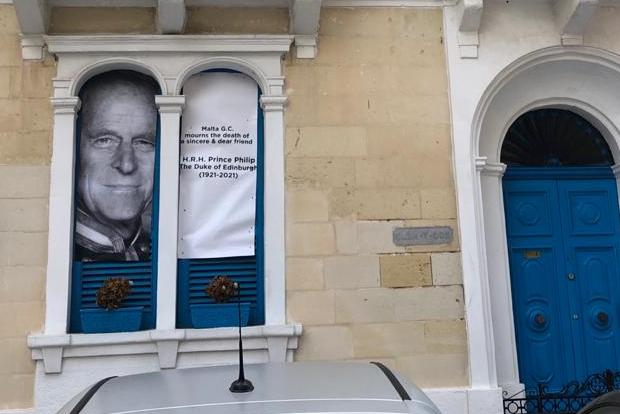 A house in Sliema pays tribute to the late Prince. Photo: Hugh Arrigo