The Malta flag, which is the sixth largest flag for ship registration on a worldwide level, is flown by almost 3,000 merchant ships accounting for almost 85 million gross tons. On a European level, the Malta flag is the first flag of choice from among all other European countries who have within their maritime policy the possibility to register ships under their flag.

Considering that there are no less than 100 countries that offer the ship registration facility, to rank sixth in the list of world merchant fleets is no mean feat. Ship registration is, by its very nature, primarily a regulatory function because, apart from providing a nationality to the vessel, the state where the ship is registered also regulates the operation of the ship. In fact, the basic legal framework for the regulation of shipping provided under the United Nation Convention on the Law of the Sea (UNCLOS) is based on two fundamental rules, namely that each state shall fix the conditions for ship registration in its territory and that it must effectively exercise its jurisdiction and control on the operation of ships flying its flag. 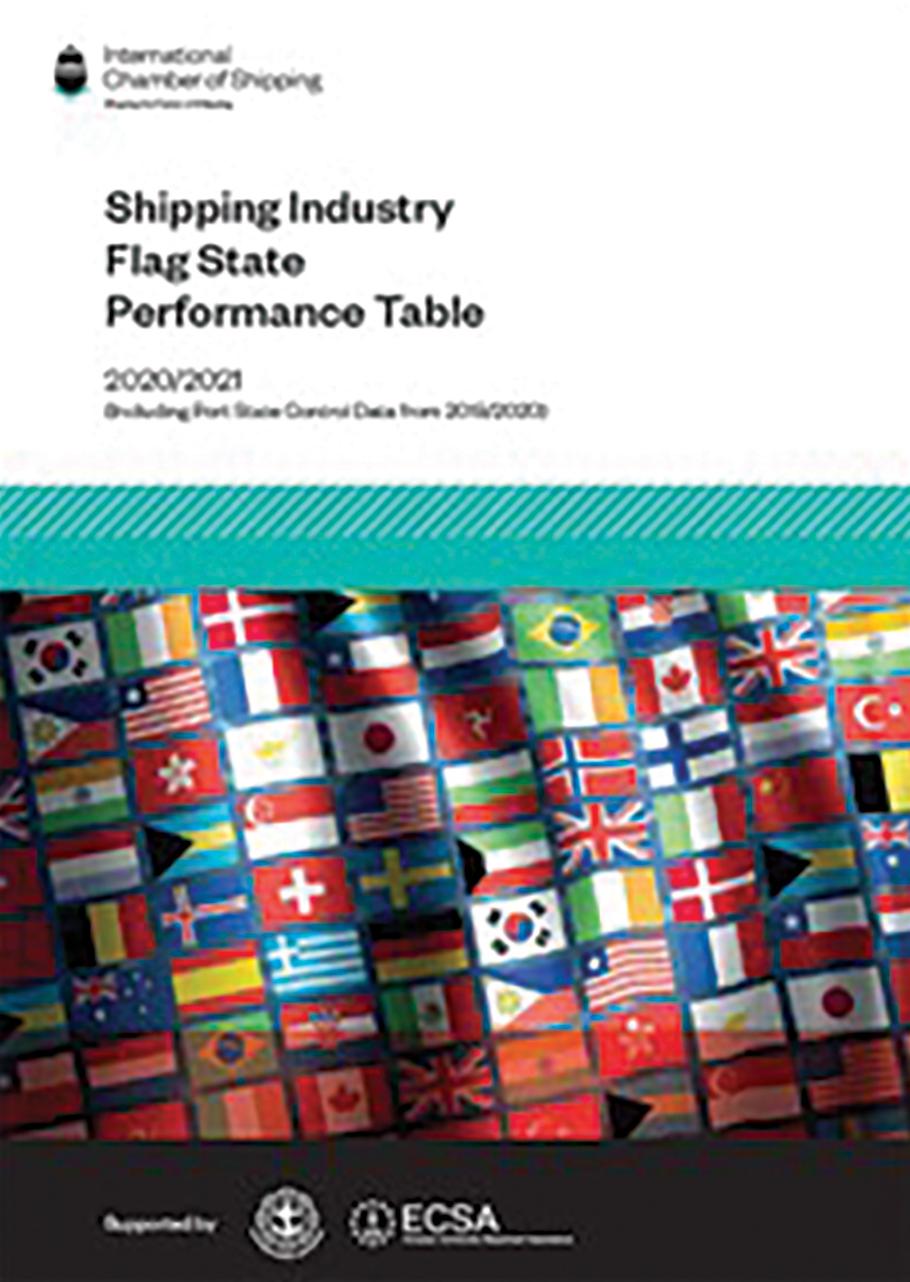 The latter principle essentially means that the state providing nationality to the ship shall ensure that the ship adheres to international maritime standards while operating. This, therefore, necessitates that the shipowners and their ship managers maintain the quality standards of the ships they own and operate.

The International Chamber of Shipping (ICS) publishes an annual comparative analysis of all the flags of ship registration, namely the Shipping Industry Flag State Performance Table 2020/2021, and through this analysis, shipowners have an independent and professional assessment of how these flags have discharged their duties to the international shipping industry and how they have operated to safeguard life at sea and the environment.

The ICS is the principle global trade association for shipowners and ship operators and represents over 80 per cent of the world merchant fleet which consists of 100,000 vessels. The ICS, being a completely independent body, carries a lot of weight in the studies it undertakes and the results deriving therefrom, and hence, when the Malta flag is shown as being a flag of registration which passes all the tests, one should be proud of such a national asset and give credit where credit is due. The ICS states that the purpose of the flag state performance table is twofold:

• To encourage shipowners and operators to examine whether a flag state has sufficient substance before using it; and

• To encourage shipowners and operators to put pressure on their flag administrations to affect any improvements that might be necessary, especially in relation to safety of life at sea, the protection of the marine environment and the provision of decent working and living conditions for seafarers.

The study of the ICS has found that the Malta flag has ticked all the boxes in respect of:

• The recognition of the organisation;

• The average age of the vessels that it registers;

• The participation by the respective authority (primarily Transport Malta) by way of attendance to IMO meetings and, above all, satisfying the audit undertaken by IMO.

In total, there are 18 criteria which are taken into account to assess the standing of a flag, and the Malta flag has obtained the certification of full compliance and adherence to all these criteria. It is not only the respective authorities and those involved in the maritime industry that should be proud of such an excellent performance but every Maltese citizen, because the Malta flag is the country’s ambassador to all worldwide regions where ships flying the Malta flag operate.

The trajectory of the growth experienced by the Malta flag over the last 32 years is a feather in the cap of successive government administrations which have always recognised the importance of this economic activity which generates over €24 million to the national coffers. This does not include the total amount generated by private stakeholders involved directly and indirectly in ship registration services which, in 2018,generated an economic output of €200.27 million.

The success of the Malta flag is also the success of the private- public partnership which is the backbone of this industry.  There is no doubt that the standing of the Malta flag would not fly so high today were it not for past and present legislators and regulators that had, and have, the capabilities to keep the Maltese legislation and the regulations deriving therefrom, in tune with the changing requirements of the trade and the responsibilities that such an activity must invariably assume.

It is also worth noting that, to a large degree, there has always been consensus between Malta’s main political parties on ship registration, and this in itself gives greater credibility to the activity and reassurance to the shipowner when choosing the Malta flag of registration for his vessels.

On the other hand, the private sector has always been at the forefront with private capital investment to offer the required professional service and market the Malta flag and, by so doing, attracting shipowners to register their ships in Malta. One dares to say that this success story between the private and the public entities is a beacon of light that other industries can follow.

Taking into consideration these positive elements, it is at times disheartening to read disparaging remarks about the Malta flag, especially following a maritime incident involving a Malta-flagged vessel. Because whereas there is always room for improvement, one should be prudent and informed before passing judgment which can then be taken advantage of by competitors to disparage the Malta flag. Positive and constructive criticism is always welcome by the respective authorities who are regularly engaging with the industry to improve our product to the benefit of all involved.

This success should not alienate us from the necessity to continuously review and adjust to ensure that the service level provided both by the authorities and the private sector is maintained and improved.