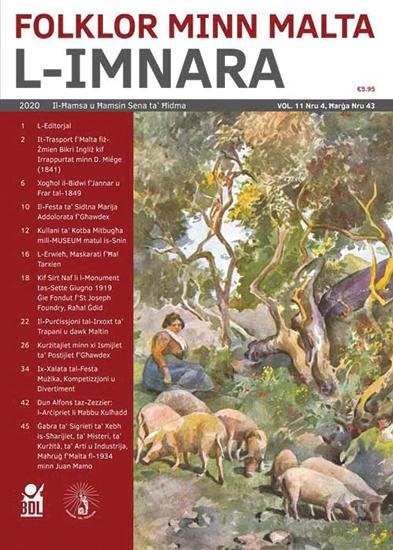 Simon Salafia’s study of Gozitan toponyms is one of the most interesting contributions in the latest issue of L-Imnara, the journal of the Għaqda Maltija tal-Folklor. The journal itself has undergone a notable transformation in recent issues and has become a most professional publication, attracting several excellent well-researched papers that do credit to the level of local scholarship.

Salafia gives a most useful introduction to the science of place-names and how they can mutate over time, before explaining some curious examples from Gozo. Among  the meaning of the various toponyms in Gozo discussed are Norata/Nurata/Rinota, Wied Biljun, Qorrot, Grejgel, Guha, Ta’ Sliema and Żurrieq/Żurriek.

Ġużi Gatt, the editor of the journal, begins a series of papers based on the Kalendarju għall-Bidwi, a booklet published in 1849, that is a farmer’s calendar for the year. In this issue, he gives the farmer’s tasks in January and February and then explains the particular terms used, many of which have unfortunately fallen into disuse. 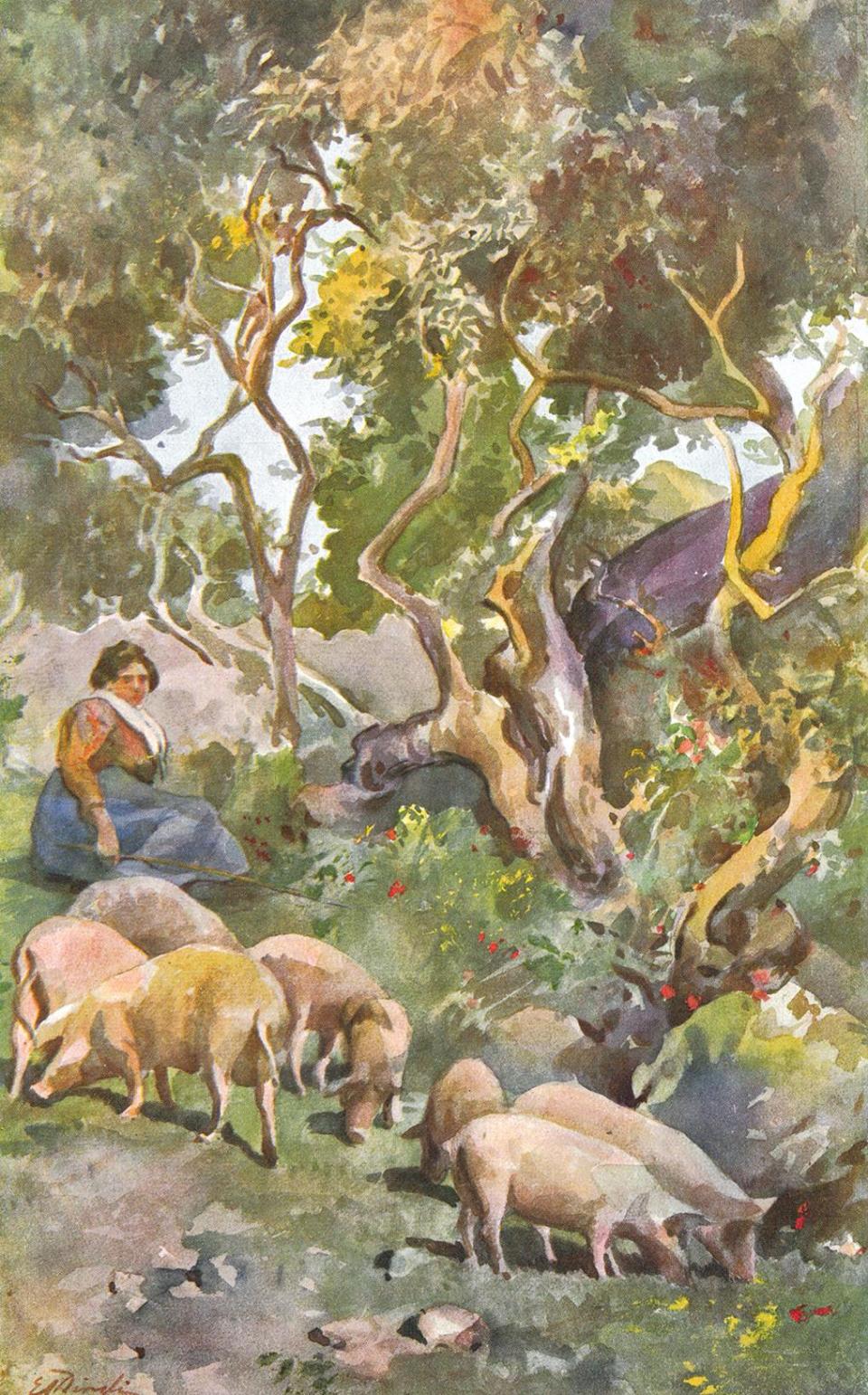 In the Boschetto Valley, a Maltese circe

In another interesting contribution, Gatt focuses on Juan Mamo’s Ġabra ta Sigrieti, ta’ Xebh is-Sħarijiet, ta’ Misteri, ta’ Kurżità, ta’ Arti u Industrija which gives useful hints as well as explanations of various ‘secrets’, such as getting rid of mosquitoes and fleas, making candles last longer and protecting silk. Mamo’s self-declared mission to educate the working class brought him to clash with the conservative authorities and caused his undoubted literary qualities to be unjustly ignored.

Martin Morana makes use of the well of information that is Dominique Miege’s Histoire de Malte (1841) to give details about land and sea transport in the islands. On land, there were 1,200 carts and 900 calesses, all subject to stringent laws. Tariffs were set, based on time and distance.

There were also about 1,200 dgħajjes and 3,000 ‘dgħajsamen’ in the Grand Harbour; boat fares were doubled if it was raining or in rough seas.

Kurt Cassar gives information about the veneration of and social aspects connected with the feast of Our Lady Of Sorrows in the various villages of Gozo, whose cult had been introduced in the 1640s by Francisco de Salinas, then governor of the island.

The MUSEUM society has over the years published numerous books and pamphlets either intended for its members or for the public at large. St George Preca himself authored at least 135; there were also a number of religious series. Sergio Grech discusses this impressive contribution to Maltese religious publishing. For many years, the society even had its own printing house. 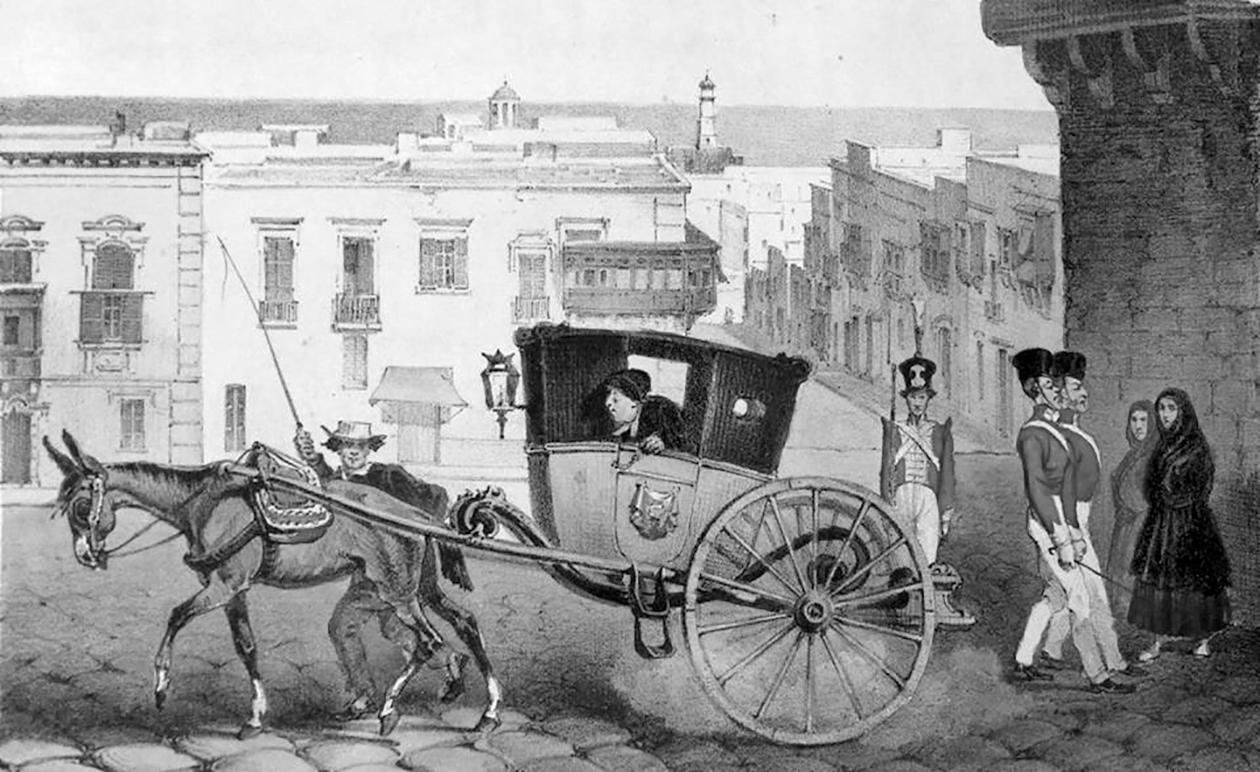 Joseph C. Camilleri has two contributions in this issue. In one, he describes how young people used to don white sheets and parade the streets during carnival days in Tarxien, Siġġiewi and Żurrieq. 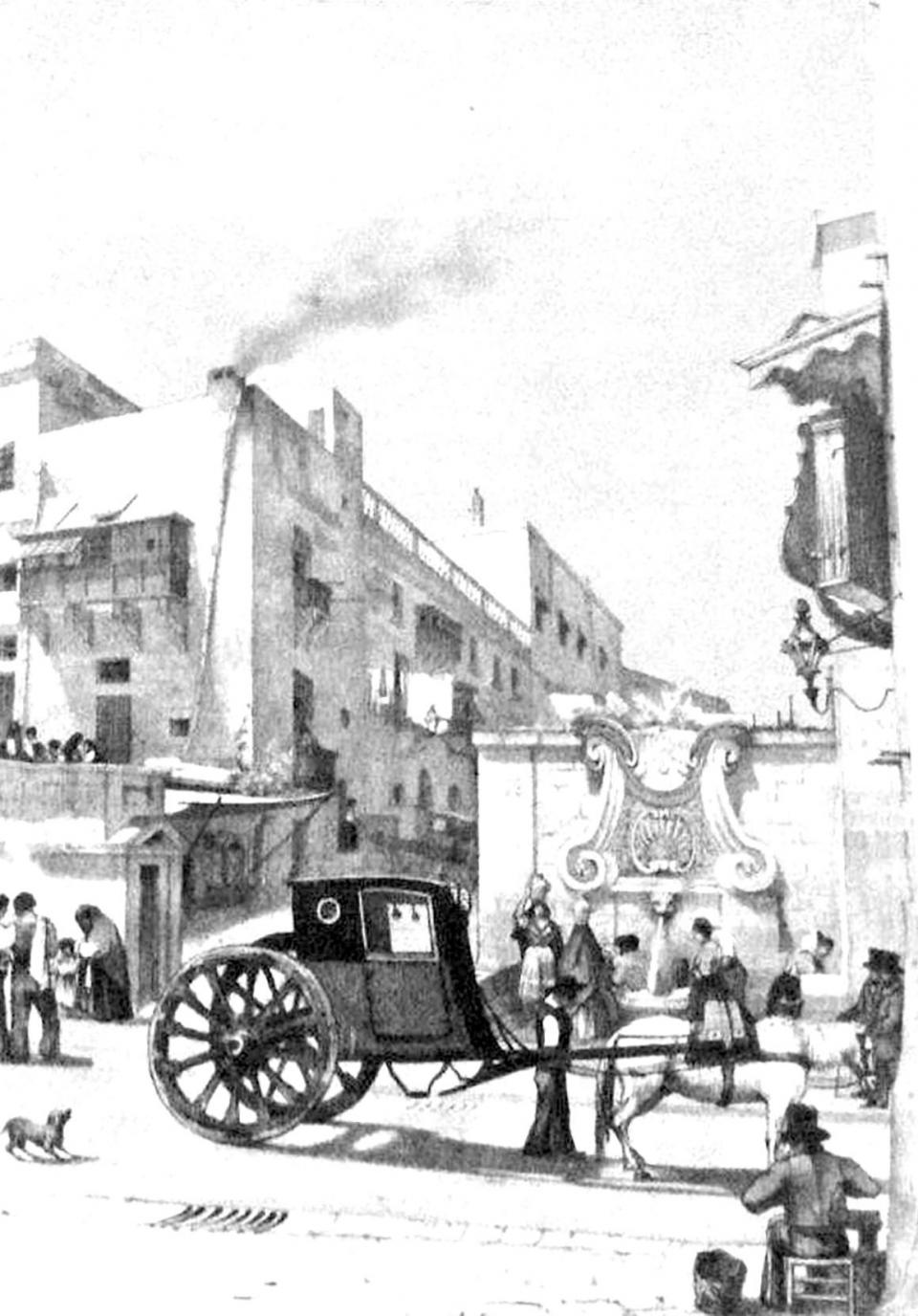 In the other paper, he compares the processions with the Risen Christ in Trapani and Malta. In Sicily, the procession takes place on Sunday evening accompanied by the characteristic sound of drums playing. Locally, the Easter processions have been taking on the forms of pageants in many localities, with the statue in some places made to ‘run’ for parts of the route.

Making use of the reminiscences of old timers and senior family members, George Glanville asserts that the casting of Boris Edwards’s Sette Giugno monument at the Addolorata cemetery was carried out in the family enterprise of St Joseph Foundry in Paola. Unfortunately, the original records of the foundry were lost during the war.

Up to a few years ago, the boisterous xalata on the morrow of the village festa was one of the highlights of social life. Simon Farrugia says that there are records of such a xalata in Floriana in 1915, but the xalati remained popular into the 70s in many towns and villages. The fierce rivalry between the band clubs at Għaxaq often flared up when the xalaturi returned home.

The life and activities of Dun Alfons Maria Hili (1865-1943), archpriest of St George’s Basilica in Victoria, are treated by Fr Geoffrey G. Attard. Known for his great devotion for the Ta’ Pinu sanctuary, he was instrumental in making it a centre of pilgrimage. He was elected a member of Malta’s first legislative assembly in 1921.