The shelves of a foodbank that in January was on the brink of closure were quickly refilled with supplies following an appeal made in this newspaper.

However, the demand for food has in the meantime increased by 50 per cent. 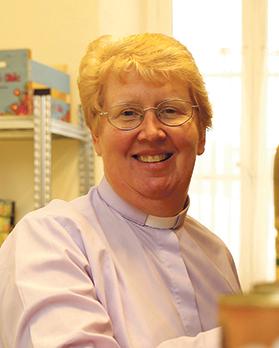 Run by the St Andrews’ Scots Church, the foodbank at Old Bakery Street in Valletta last year handed out more than 800 parcels of food to more than 150 families and individuals.

When the foodbank first opened its doors, it used to hand out some 10 parcels a week, a number that went up to 30 around Christmas of last year.

Just last week, 45 people, about 40 of whom have a family, picked up a pack of supplies from the foodbank.

The foodbank provides food for a few weeks for families temporarily facing a crisis and these include unemployed or disabled people who have their benefits halted when admitted to hospital.

Once discharged, it takes about six weeks for the benefits to start again and this is where the foodbank steps in.

The majority of clients are Maltese and are referred to the foodbank by social workers and priests among others, and when there is an occasional drop-in, they are fed on the day but put in touch with professionals or agencies.

Most of the foodbank’s clients have managed to move on, with several finding regular employment.

In January, The Sunday Times of Malta carried an article saying that the foodbank risked closure as its supplies were drying up.

This was followed by an interview with TimesTalk the following month, where foodbank administrator Reverend Kim Hurst said that rising rents were pushing low-income families to the brink.

The foodbank also received calls from wholesalers willing to provide items with a short sell-by date.

If such products were sent out to local shops, they would not be sold and end up going to waste. However, the foodbank clients would use them within that same week as they have nothing else to eat.

Before Rev. Hurst’s appeal, the foodbank would usually have enough food for one week, at most two. It was a matter of living from week to week hoping that the food or the money came in for the following week, Rev. Hurst said yesterday.

“The support has been brilliant, but we need people who are ready to help us on a regular basis, so that we have our mind at rest that we can continue providing families in need with food.

“If we could find 12 schools or 12 companies, who organise a collection once a year on different months, this would provide us with a regular donation each month.”

Rev. Hurst also noted that the foodbank has in the meantime been commended by President Marie-Louise Coleiro Preca, while the Malta Community Chest Fund is helping out with clients who have long-term needs.

Sources of crisis for people in need of food

■ A serious illness in the family or medical issues

What you can do

You can donate food, volunteer your time or urge your local supermarket to set up a food collection point for the weekend.

To learn more about the supplies collected by the foodbank, look up the Facebook page called The Foodbank at Saint Andrew’s or log on to www.thefoodbank.webs.com and www.standrewsmalta.com.

If you want to make a financial donation, the following are the bank details:

Please send an email to treasurer@standrewsmalta.com to let the foodbank know that you are transferring money so that they can confirm receipt.

You can also get in touch with Rev. Hurst on kim.hurst@methodist.org.uk.