Pictures and video have been released showing a badly wounded young flamingo after it was illegally shot down.

The footage shows the bloody body of the bird, one of two Greater Flamingos shot around the coast of Malta on Tuesday.

BirdLife Malta released pictures and video and called on Prime Minister Joseph Muscat to set up a wildlife crime unit to investigate.

The bird was found in Marsaxlokk, the same area where BirdLife Malta CEO Mark Sultana witnessed a second bird being brought down.

Hours before the shootings, tourists were delighted when they saw a third flamingo at Għadira bay.

"A flock of Greater Flamingos that has been observed around the coast of Malta in the past hours has been slowly depleted during yesterday," BirdLife Malta said in a statement.

"A number of juveniles were exhausted and landed close to the people and were recovered by BirdLife Malta.

"However others did not meet the same fate and sadly ended up being shot at."

Hunters' Federation chief Joe Perici Calascione said they condemned all forms of poaching and would look into the case.

"Hopefully whoever did this will be caught and prosecuted," he told Times of Malta.

He however insisted things have been steadily improving with each passing year.
"Nobody talk about the progress we've made as a country over the past 10 years," he said.

Flamingos are a protected species and it is a crime to shoot one. The penalty is a maximum of €10,000 or up to two years in prison. Three years ago, two men were jailed for two years and fined €9,000 for shooting a protected flamingo. 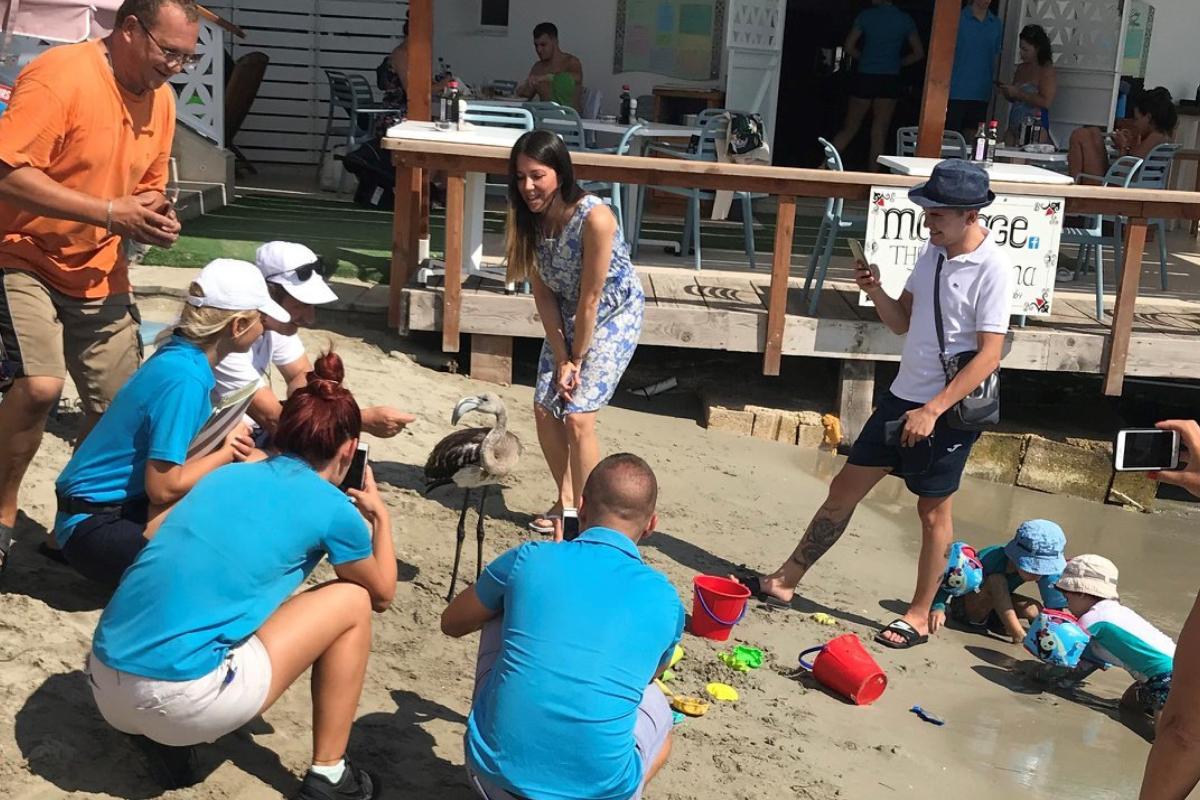 The one that got away. This young flamingo was rescued on Tuesday after landing at Ghadira Bay. Photo: BirdLife/Facebook

BirdLife Malta said the government was to blame for its policy to "appease hunters" by watering down legislation aimed at protecting wildlife.

"We are calling on the Prime Minister to address this situation with constructive and visible actions, with the first step being the setting up of a wildlife crime unit."

Responsibility for cracking down on illegal hunting currently rests with the Administrative Law Enforcement unit of the police.

However, hunting irregularities are among a list of responsibilities for the ALE, originally set up “to support the operations of district police officers in their fight against environmental crime”.

By their own admission, ALE officers are mostly taken up with ensuring observance of maritime regulations, providing escort for visi­ting VIPs and assisting the Ministry of Finance. Tasks related to Veterinary Services, the Health Division, Lands Department and Wireless & Telegraphy Department seem to take up the rest of their time.