Nine students following a Master’s programme in Public Policy and Human Development by the United Nations University and Maastricht University (UNU-MERIT) recently attended a three-day conference, ‘Integrate Together for a Better European Future’, in Malta.

The conference was organised by the Douzelage European Town Twinning Association within the Europe For Citizens programme on the initiative of Douzelage former vice president and Marsascala mayor Mario Calleja and his local council team.

Commenting on the aim of the conference, Calleja said that Malta had greatly benefitted from its accession to the EU in 2004. Furthermore, with the creation of the Douzelage association local communities had an important role to play in building the future of Europe.

“Through the conference we wanted to hear the voice of youths on the challenges facing Europe today, in the context of Brexit and the rise of right-wing anti-EU populist parties across Europe. So, we invited our sister towns of Bad Kötzing in Germany, Chojna in Poland and Meerssen in the Netherlands to bring over youth delegations for the Malta conference,” Calleja said.

Douzelage was established by 12 European middle-sized towns in 1991 with the mission to stimulate “opportunities and friendship across Europe through economic, touristic, sporting, educational and cultural exchanges”. Over the years, it has expanded to 28 towns – one in every EU member state.

The conference programme included presentations, workshops and debates with local policy officials and practitioners, followed by cultural excursions in the evening.

“What I discovered during the conference in Malta is that now I actually know something about migration,” said Adam Hussain, a British student. “I was able to spread the knowledge that I have acquired to people who do not study the subject. It was a fulfilling experience to move away from theory and to see that my studies have a real-life application,” said Hussain.

For his fellow student, Julia Pohl, a German-Turkish national, what struck her most was hearing the point of view of smaller states and villages in Europe. “I realised that many of my arguments were based on academic evidence from larger states and bigger cities which, as many participants pointed out, have entirely different capacities to cope with globalised migration flows,” she said.

Another student, Alexe Ceulemans, from Belgium said: “By discussing and interacting with fellow Europeans from diverse backgrounds, ages and most importantly perspectives, I realised that the study environment that I am used to at Maastricht University is a comfortable bubble of very similar people who think and work alike. I found out at the Malta conference that this does not necessarily reflect the wider reality of citizens throughout Europe.”

Participants at the conference were able to discuss the future of Europe with experts from the Malta-EU steering and action committee (Meusac) and the European Asylum Support Office (Easo). They also had useful discussions with economist Robert Micallef, a lecturer in European Policy at the University of Malta.

After each presentation, students had lively discussions with the speakers, who commented that they were really impressed with the level of knowledge and critical insights of the participants.

During one of the workshops, led by the Marsascala local council members, delegations were invited to split into smaller groups to exchange their views and experiences on the topic of multiculturalism in Europe. More specifically, they were asked to discuss how the influx of new citizens, both Europeans and non-Europeans, had impacted local culture, and to present initiatives that municipalities could undertake to increase the integration and acceptance of foreign cultures in local communities.

Now I actually know something about migration

“I found it interesting to hear from a delegate of Bad Kötzing that in Germany, refugees are integrated straight away into the school system. Younger children in particular are placed straight into kindergarten; this allows refugees to be integrated into the community faster,” said Ceulemans.

“One of the most striking aspects during the discussions was to discover that Maltese diversity – cultural, linguistic and historic – is not reflected in the country’s migration policy,” said Pohl. “It was very interesting to hear how, even in schools, Catholicism permeates the local culture and frames the historical perception of the Muslim as the ‘significant other’. It influences Maltese views of immigrants and refugees coming from the African continent and Middle Eastern countries.

“On the other hand, European labour migration is welcomed with a larger degree of consensus as a necessary and much-needed means to sustain Malta’s strong economic growth. When it comes to refugees, the ‘island’ and ‘limited capacity’ rhetoric seem to be more prevalent,” Pohl said.

During a particular session, a delegate expressed an opinion on migrants in a harsh way. Ceulemans said: “How could someone have such an opinion? We were all shocked. This made me aware that we can’t assume that everyone has the same views. We have to be able to talk about sensitive issues without judging. Being judgemental impedes the possibility of conducting a constructive discussion. I think that this is one of the most important lessons that I will take home from this experience,” added Ceulemans.

Speaking about the event, the students said the conference had helped them to develop a better understanding of Europe and a stronger connection with fellow Europeans.

Hussain said: “I only wish these events had a larger presence in the UK as they would foster a much more realistic view on the European Union. They would enable people to form their opinions on the EU based on their own experiences instead of allowing other people to influence their thoughts.”

“Sitting on a ‘high moral horse’ and imposing opinions instead of listening and compromising is, in my opinion, part of the reason why the EU finds itself in a tough position these days,” said Pohl.

“Participating in this conference taught me that it is essential to take into consideration all perspectives and demographics when thinking about the future of Europe.”

Ceulemans added: “As a young generation who benefits from programmes such as Erasmus exchanges and visa-free travel, we need to highlight how important the EU is for us. We need to show that we are better off when we work together – not when we isolate ourselves.”

Sueli Brodin accompanied the Dutch students at the conference. She is editor and communications associate at the United Nations University-MERIT in Maastricht. 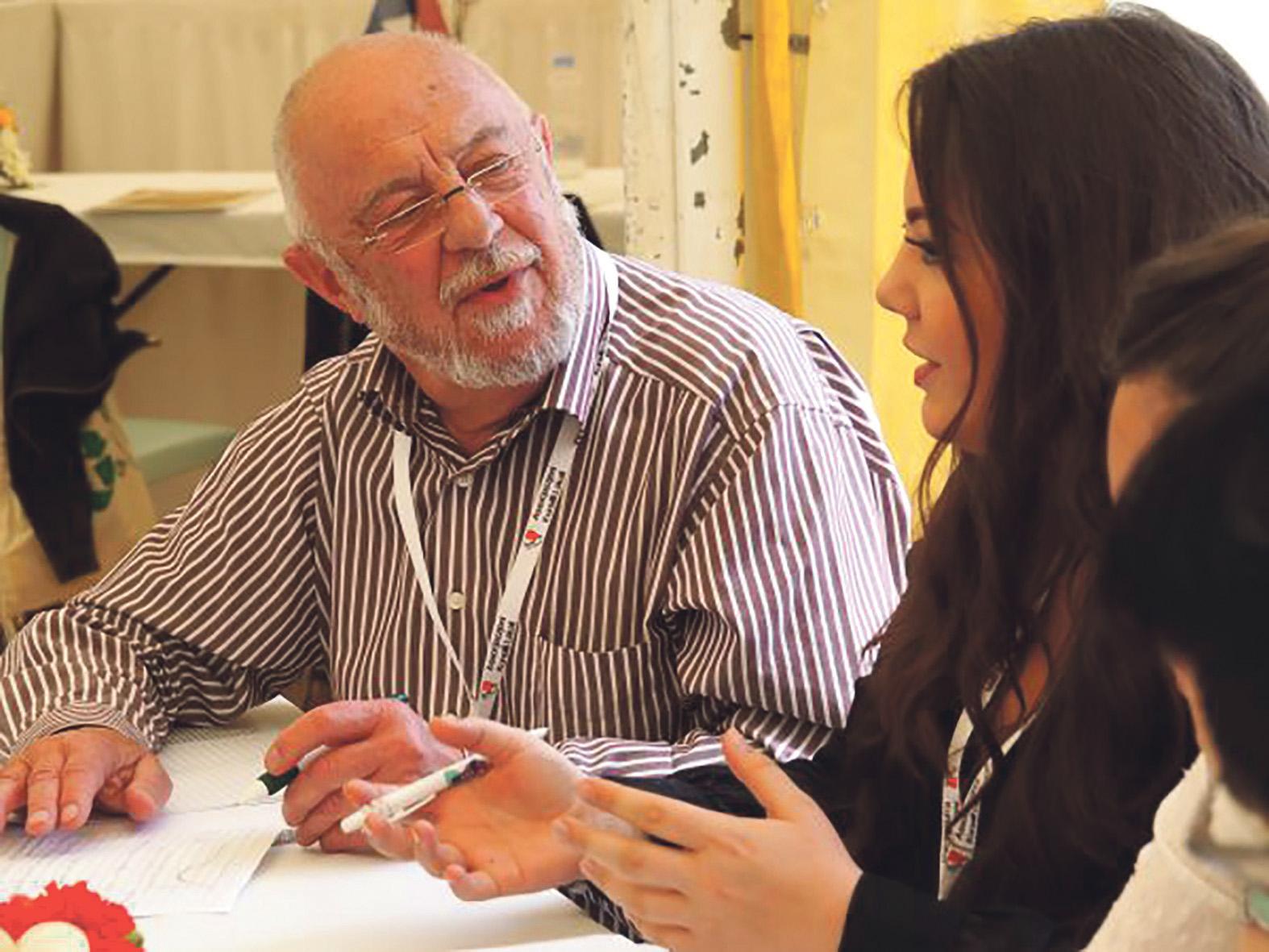