Some foreign workers were being paid as little as €1 an hour, UĦM Voice of the Workers CEO Josef Vella revealed yesterday, insisting that the situation with precarious work in Malta was the worst it had ever been.

Speaking at the union’s annual Workers’ Day conference, Mr Vella said that people should not be confused into thinking that precarious work no longer existed. In actual fact, he pointed out, the situation was at its worst.

“We recently discovered that there is a group of foreigners working in Malta who are getting paid €1 for every hour they work. And that’s not even the worst part; we also found out that the money is not paid to them but sent to an agency back home in India,” Mr Vella said.

He insisted that when the union expressed concerns over the fact that Malta was experiencing an influx of foreigners, who came to the island in search of work, it was not doing so to spread paranoia but because it was truly worried the situation was getting out of hand.

In recent months, the union has often warned that the entry of non-EU nationals into Malta’s employment market should be limited to highly-qualified workers, as too much emphasis on cheap labour would negatively impact wage levels. 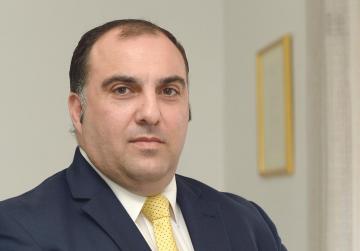 On the rental market, Mr Vella said that the workers the union met were constantly expressing concerns that rent prices were going through the roof and had reach unprecedented levels.

“Some years ago, when we spoke of rent prices of around €400 we had said this was not sustainable. Fast-forward to today when prices easily reach €1,000 a month. The government has a duty to ensure that a strong economy is used to first and foremost address the needs of its people,” Mr Vella went on.

Read: Delia lashes out against 'foreigners'

Referring to the collapse of an apartment block in Guardamangia on Thursday, Mr Vella said that instead of addressing the issues at hand, the authorities reacted to the incident by claiming all the necessary paperwork had been in order.

“Is this what we tell people? That all the papers were filed? Is that the way to go? I think this is somewhat shallow. How can we say that this is an accident and that things like this are bound to happen?” the union chief asked, adding that in its “frantic rush” to build, the government was failing to address these real issues.