Everyone loves a hot hatch, and it’s no surprise that a huge amount of them have remained long in the memory of enthusiasts along the road.

Be it the Ford Fiesta XR2 and Peugeot 205 GTI of the 1980s, or more recently the Fiesta ST and Renaultsport Clio, there’s no shortage of compact performance greats.

Such is the popularity of this segment though, many manufacturers have launched efforts that have ultimately proven to fly under the radar. Here, we’re hoping to pay those unsung heroes some attention…

Though Toyota’s history is littered with greats — think the Supra, GT86 and more recent headline-grabbing GR Yaris — there’s a number of racier models from the Japanese giant that have fallen by the wayside. 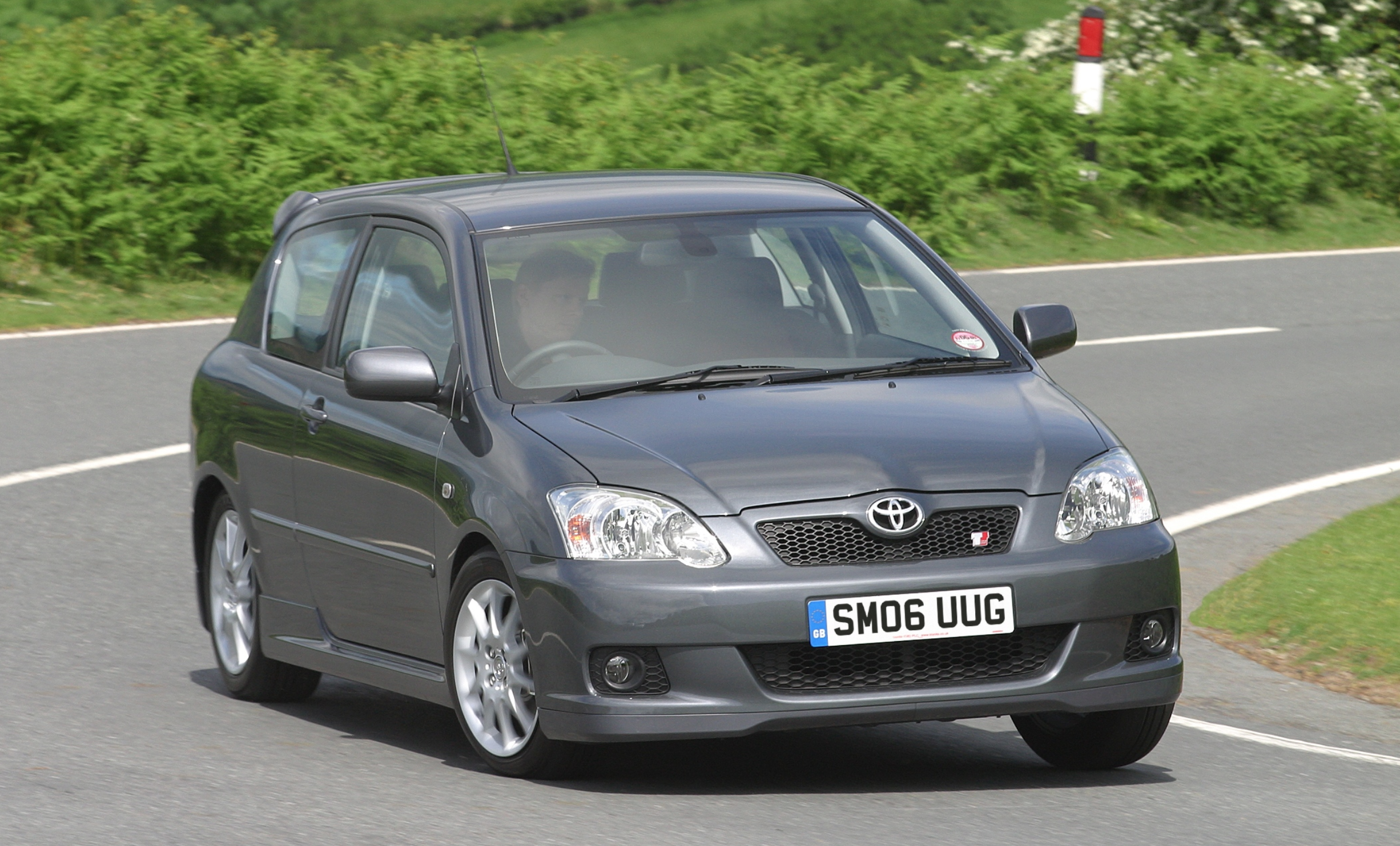 Toyota injected some zing into the pragmatic Corolla for the T Sport. (Toyota)

One of those is the Corolla T Sport. Taking an incredibly mundane (albeit very good for its A to B purpose) hatchback, Toyota upped the ante with a 1.8-litre naturally-aspirated engine to raise its output to 189bhp. Though the heavy Corolla meant it never felt lightning-quick to drive, it was certainly leaps ahead in fun over anything else in the range and now it’s easy to get a tidy example of this gem.

Amongst VW Group hot hatches, it’s a fair argument to say the Seat Ibiza Cupra is one that is often overlooked. Though mechanically-similar to the VW Polo GTI and Skoda Fabia vRS (which makes this list later), meaning a punchy 1.4-litre engine kicking out 178bhp, the popularity of the Ford Fiesta ST resulted in it becoming a rare sight in the UK. 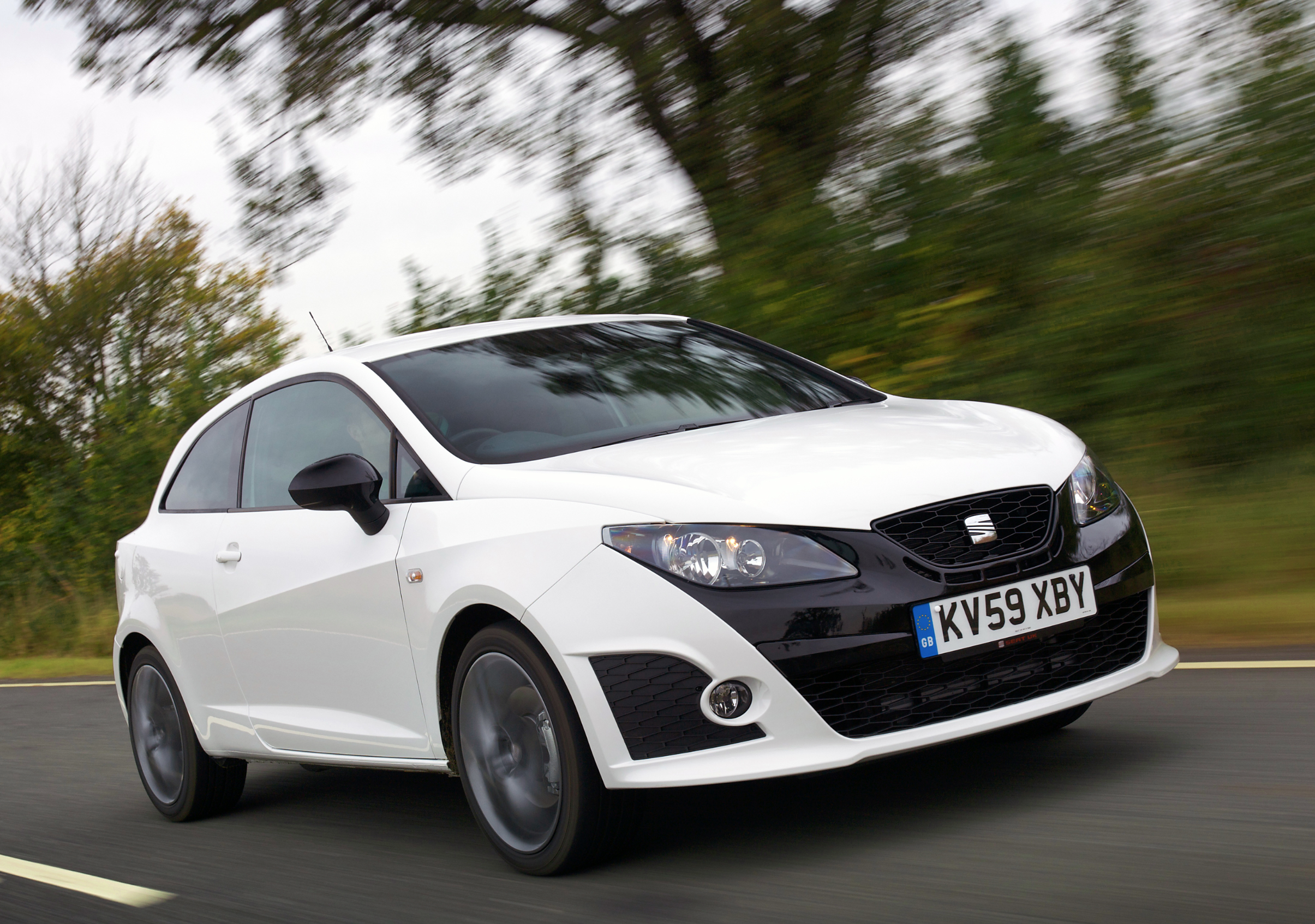 The Ibiza Bocanegra takes its name from an affectionate nickname for the 1200 Sport. (Seat)

Rarer still is the Ibiza Bocanegra. It’s unaltered under the skin from the regular Cupra, but brings a look that pays homage to Seat’s 1200 Sport — given the ‘Bocanegra’ nickname for its black nose.

Though the Astra VXR is certainly not forgotten – in fact, it’s arguably one of the ultimate boy racer heroes – the ultra-limited Nurburgring variant is one version which has flown under the radar. 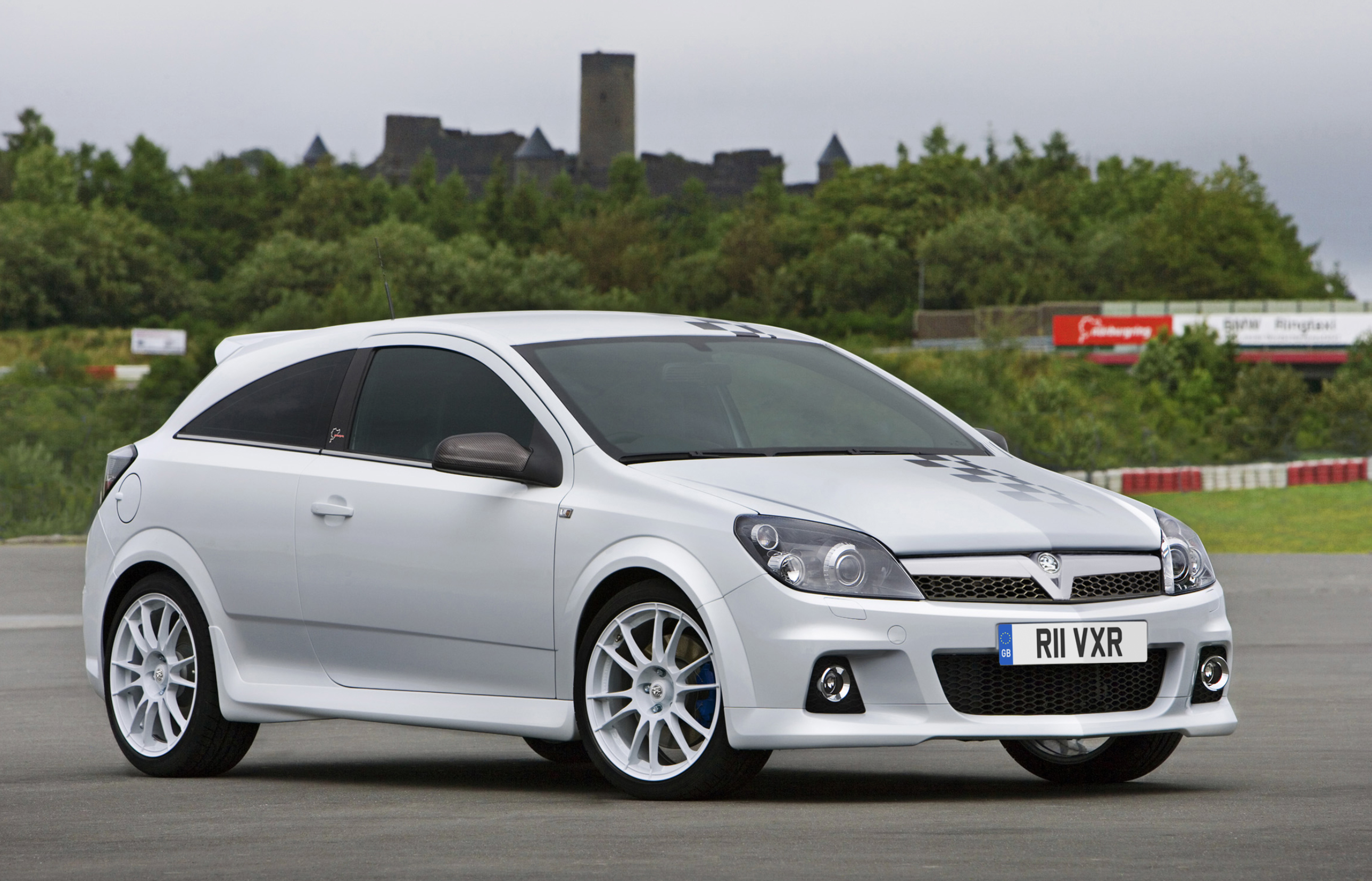 Just 835 examples of the Astra VXR Nurburgring were made. (Vauxhall)

Built to celebrate the Astra VXR smashing the record for front-driven cars at the iconic German racetrack, Vauxhall threw a ton of goodies at the hot hatch. This included a new Remus exhaust system, lighter alloys and a lot of go-faster visual bits to match the performance on offer. Just 835 examples were built, with a good portion of those surely meeting their makers in various hedges, so they’re a hard find so keep your eyes peeled.

‘Hot’ may be a stretch here, but Nissan did attempt to put a little bit of fire into its economical Micra with the rather scarce 160R. 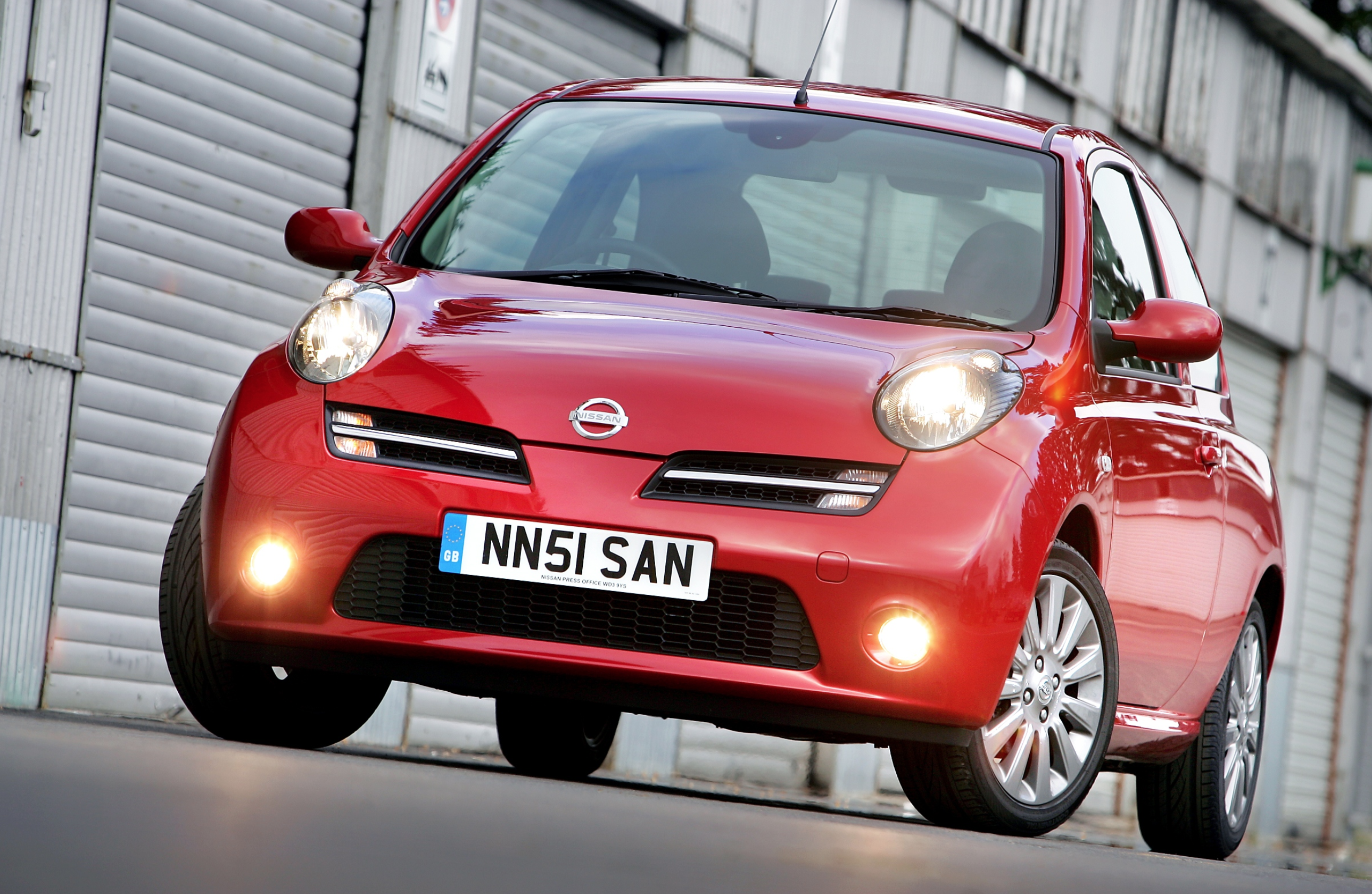 The 160SR name refers to the engine capacity of this Micra. (Nissan)

That name doesn’t refer to its power output as you may initially think, rather its 1.6-litre engine. Instead, it kicked out a not-asthmatic 109bhp which, in a chassis weighing barely over a ton, provided a package that provided cheap thrills.

Effectively hiding the same underpinnings as the Ibiza Bocanegra, the Fabia vRS was again a car to fall a little under the radar of UK enthusiasts. 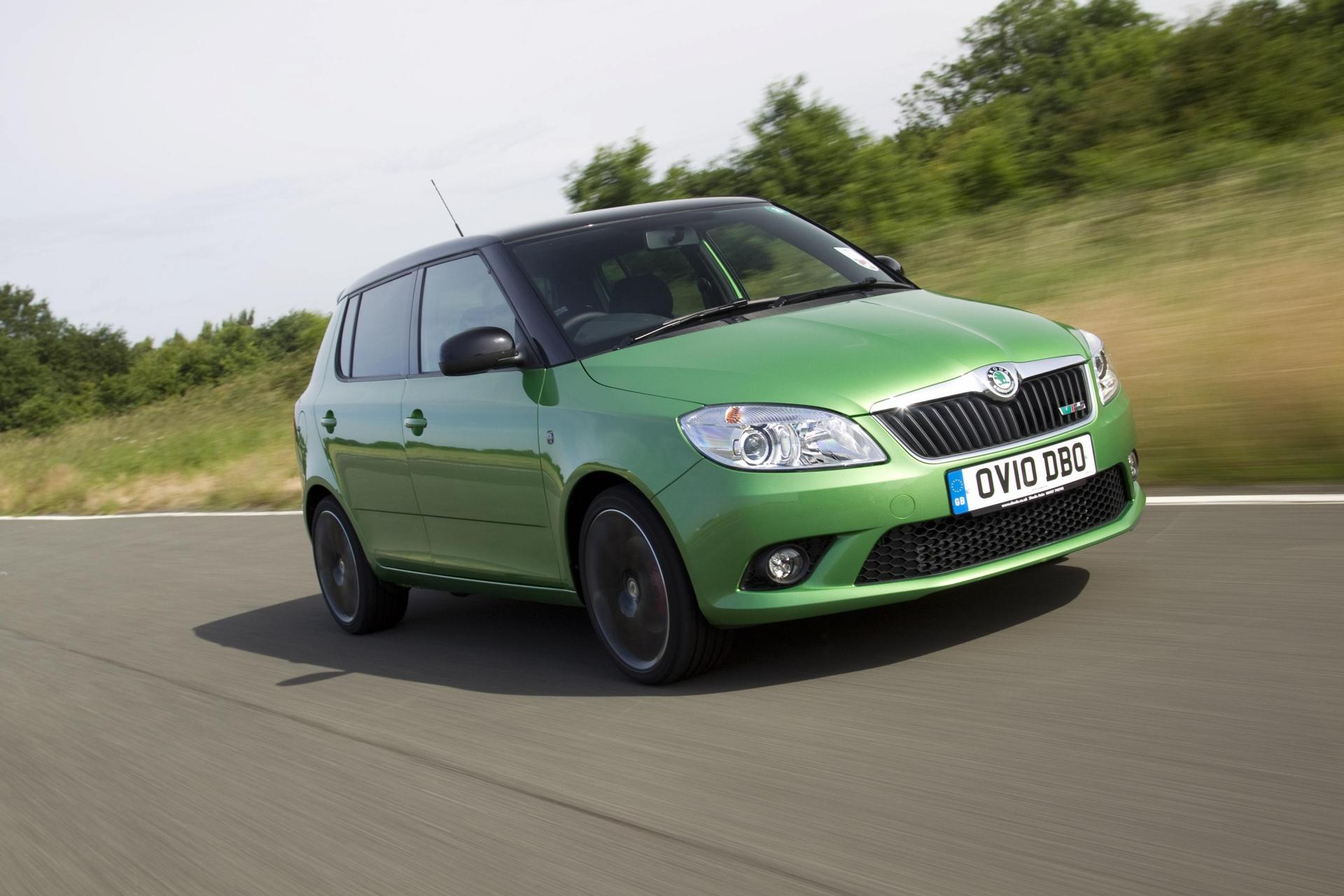 Though sporting an identical 1.4-litre 178bhp engine as the Ibiza, it arrived before the Spaniard and ultimately was unique for its combination of a supercharger and turbocharger on the same engine. It proved to be delightful, albeit not as engaging as class leaders while crucially lacking a manual gearbox, and now presents itself as a bargain barrel of laughs.

Ralliart is Mitsubishi’s performance arm, effectively the rival to Subaru’s STI division famous for its iconic Impreza variants. Though best-known for producing Evos as equal lunacy, the branch has dabbled in some special variants of other cars with the three-diamond badge up front. 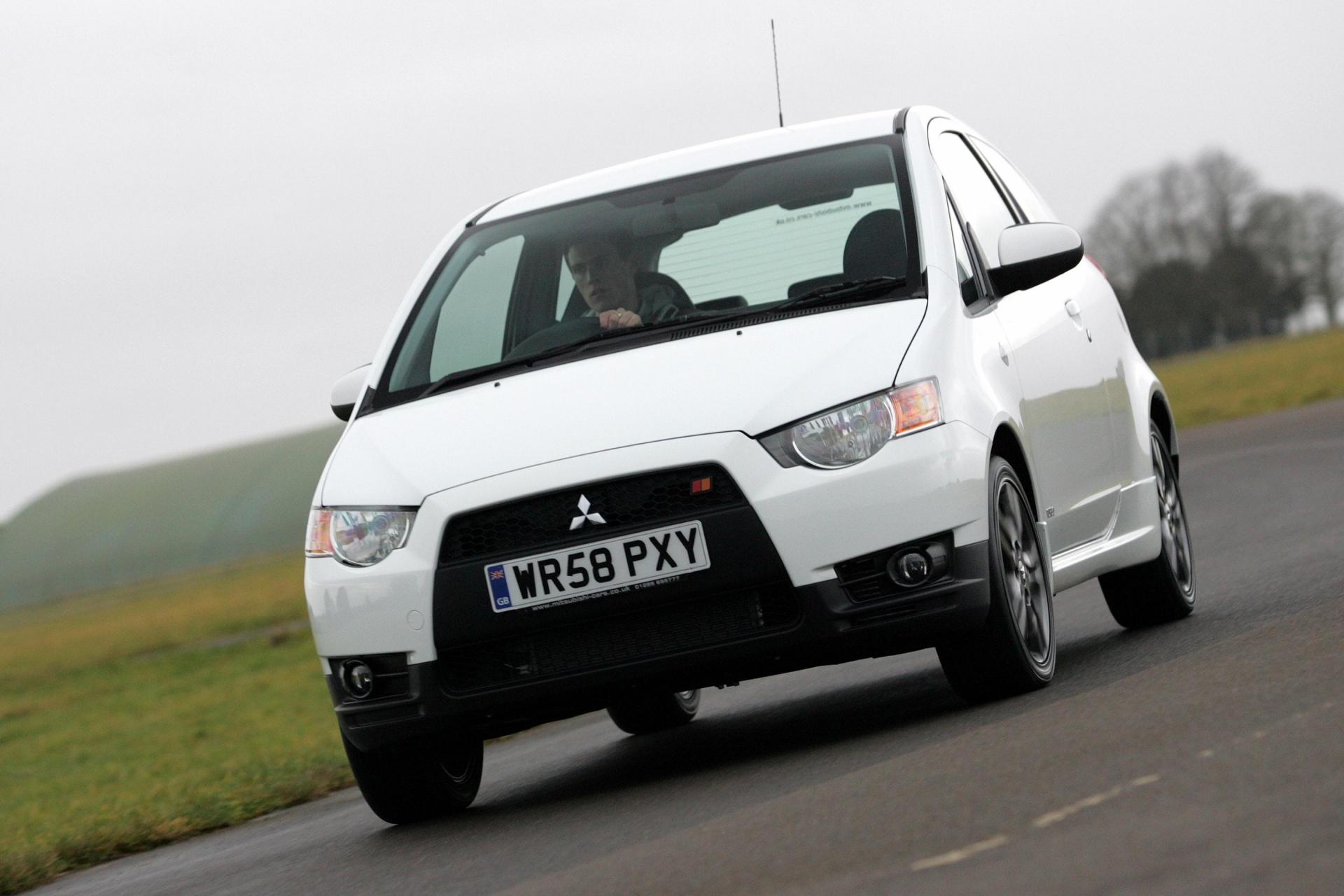 One of those forgotten, or rather never really known, is the Colt Ralliart. This saw the incredibly sensible and built to a pricepoint Colt have the kitchen sink thrown at it — well, if that sink was an uprated turbocharged 1.5-litre engine. A healthy 147bhp gave the dinky chassis a serious dose of fun, and there was every reason for the Ralliart to be a hit in the UK, albeit sales never really took off.

One thing the Mazda has consistently nailed with the 3 is how fun it is to drive, and that made it a perfect contender for hot hatch glory.

The MPS gained a reputation for its ferocious engine. (Mazda)

When the MPS came then, it was no surprise it was a hit amongst critics. Sporting a 2.3-litre engine producing a very healthy 256bhp, it gained notoriety for its straight-line pace — though the chassis couldn’t quite match the ferocity of the engine. That said, it’s a bargain buy now with post-facelift cars in a very tidy condition available comfortably within our budget.