Police Inspector Roderick Zammit, who with his father, former acting Police Commissioner Ray Zammit and his brother, former Inspector Daniel Zammit, was censured for unethical behaviour and “dubious” ties with businessmen, is being boarded out of the force on medical grounds, the Times of Malta is informed.

Daniel Zammit has already been boarded out on psychiatric grounds. 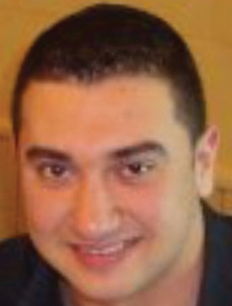 Roderick Zammit, 32, who has been on long sick leave since last summer, when an inquiry showed unethical and irregular connections between his family and the Gaffarena family, applied to be boarded out.

Police sources yesterday confirmed that Mr Zammit’s application got the green light from the medical board.

“Mr Zammit will soon be officially off our books as the medical board decided that he should be boarded out on medical grounds,” the sources said.

The medical reasons for which Mr Zammit is to be boarded out are as yet unknown. Questions sent to the police asking why Mr Zammit’s medical conditions precluded him from serving further received no reply.

A member of the force who is boarded out is entitled to a life pension. In cases of dismissal, the officer concerned is not entitled to any compensation.

Contacted yesterday, Mr Zammit did not want to confirm that he has been boarded out.

“Please ask the police force as I did not sign anything yet,” he said.

Last year, together with his father, Raymond, and brother Daniel, Mr Zammit was named in an inquiry led by former Judge Michael Mallia as having ties with “shady” businessmen including Joe Gaffarena and Paceville ‘tycoon’ Hugo Chetcuti.

With regards to Roderick Zammit, Judge Mallia said that he held shares in a number of companies with prominent entrepreneurs, something prohibited by police rules. Judge Mallia added that Mr Zammit frequented lap dancing clubs regularly – which Judge Mallia described as “unbecoming of a police officer”.

In his report, Judge Mallia recommended that the police commissioner take action against Mr Zammit.

Previously at the Economic Crimes Unit – the police section which mainly investigates businessmen – Mr Zammit was transferred to the Ħamrun police station as soon as the inquiry findings were published.

A few weeks later, he filed an application to be boarded out on medical grounds while going out on long sick leave. His brother Daniel, who was also stationed at the Economic Crimes Unit, obtained the same treatment prior to the results of the inquiry.

Daniel Zammit, who Judge Mallia said had “acted unethically in a homicide investigation” involving the Gaffarena family, was boarded out due to psychiatric conditions.

Weeks later, he was given a €60,000 annual salary consultancy job with Enemalta. The contract was terminated as soon as the Opposition flagged it up in Parliament.

On the other hand, former acting Police Commissioner Ray Zammit, who was also censured by the inquiry, was handpicked by Justice Minister Owen Bonnici to serve as CEO of the newly set up local enforcement agency.

Dr Bonnici, who had described Mr Zammit as the ideal man for the job, said that the former acting commissioner had a financial package of around €60,000 a year.

Mr Zammit was removed by the Prime Minister from his role as police chief, as another inquiry had found that he had acted with “gross negligence” in the shooting incident involving the driver of former Home Affairs Minister Manuel Mallia.