The Maltese Basketball community woke up in shock on Thursday morning following the news that former referee Emanuel Mangani had passed away peacefully.

Mangani has been actively involved in basketball for the past 40 years and last month he was honoured for his career achievements when he was inducted in the Maltese Olympic Committee Hall of Fame.

During the occasion, the MOC had highlighted Mangani’s achievements as referee.

“As a local referee, Mangani has refereed several top games, demonstrating high-values and respect fair play,” the MOC had said.

“He has been a guiding light for coaches, players and officials throughout.

“In 2007 he qualified as a FIBA Commissioner, regularly officiating international games since then.” 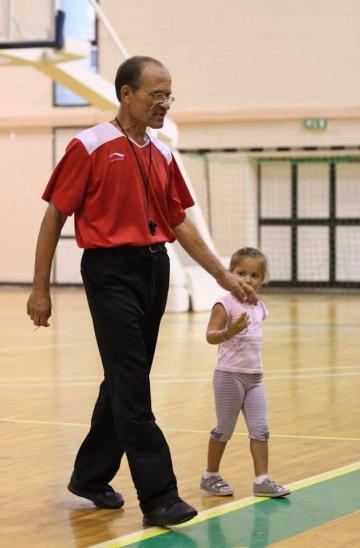 Emanuel Mangani in action as a basketball referee.

On his part Paul Sultana, president of the Malta Basketball Association, also reacted to the news on his social media account.

“Woke up to some very sad news this morning. Referee Emmanuel Mangani has just passed away,” he wrote on his facebook page.

“Ta Qali will never be the same without your presence. For the last 45 years since I’ve know you always had a way with your refereeing calling fouls on me, albeit always contested by me, but that smile you gave me convinced me that yes, it was a foul.

“Sincere condolences to all the family. The basketball and sporting community will miss you dearly.”

Several members of the basketball community also posted messages to honour the memory of Mangani.

Former Malta player Michael Naudi wrote: “So sorry to hear... Manuel was a very nice man and I remember him from the beginning of my career, RIP and my sencere condolences to all the family.”

Lucienne Bezzina, another former basketball players, said: “Oh what a sad news, he was a great gentleman, i remember him since my early days, may he rest in peace and condolences to his family.”