Financial terms were undisclosed but media reports said Everton had paid an initial fee of 25 million pounds (€28.7 million) for the 27-year-old Democratic Republic of Congo international. 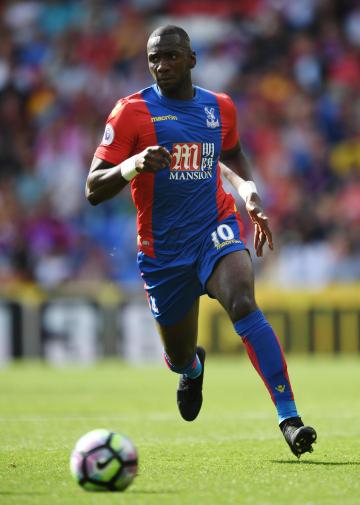 Bolasie had been with Crystal Palace since 2012. Photo: Reuters

During his one season with the Greens, the then-teenager scored four goals in 24 appearances.

"Now I've come to Everton, the job is not done. I've got to work hard and feel my way in. I'm ready and up for the challenge," he said in a statement.

Bolasie has been capped 27 times by his country, scoring seven goals. He netted nine goals in 90 Premier League appearances for Palace.

"Yannick is a player who has been a long time on my radar because he's the type of winger I like, fast, strong and he can play different positions in the forward line," added the Dutchman.

"He's a good age and he has experience in the Premier League. He will give strength to the team and I'm very pleased to have Yannick as part of what we are trying to build here at Everton."