National Book Chairman Mark Camilleri was asked to resign because he used "foul language" not because of the content of his row with a lawyer for murder suspect Yorgen Fenech, the Education Minister has said.

In her first comments on the spat, Justyne Caruana said the issue was now resolved and the pair would continue to work together.

“After discussing what happened and resolving the issue, we are here working together and ready to move forward,” she said.

On Friday, just two days after a resignation saga between Camilleri and the Education Ministry, both were present on Friday for a signing on Education Exception Contract.

The contract is regulating the use of reprographic and digital books in Malta's public and Church schools.

Answering media questions after the signing, Caruana explained the events from her perspective.

“I received a number of screenshots of foul language, which I believe anyone under the ministry of education should not use or be written out in the public.”

Caruana said that when expressing an opinion, especially educators, it should be done in a mature manner.

The matter was discussed with Camilleri, who recognised that his language was not genuine.

“We have shown maturity, responsibility, and we are here today to show that we learnt something and now we are ready to move forward to continue working for the education ministry.”

On Wednesday, Camilleri had been asked to resign by the education ministry after uploading a number of message exchanges he had with one of Yorgen Fenech’s lawyers.

Permanent Secretary Frank Fabri emailed Camilleri soon after, telling him that he expects him to step down from his position with immediate effect. 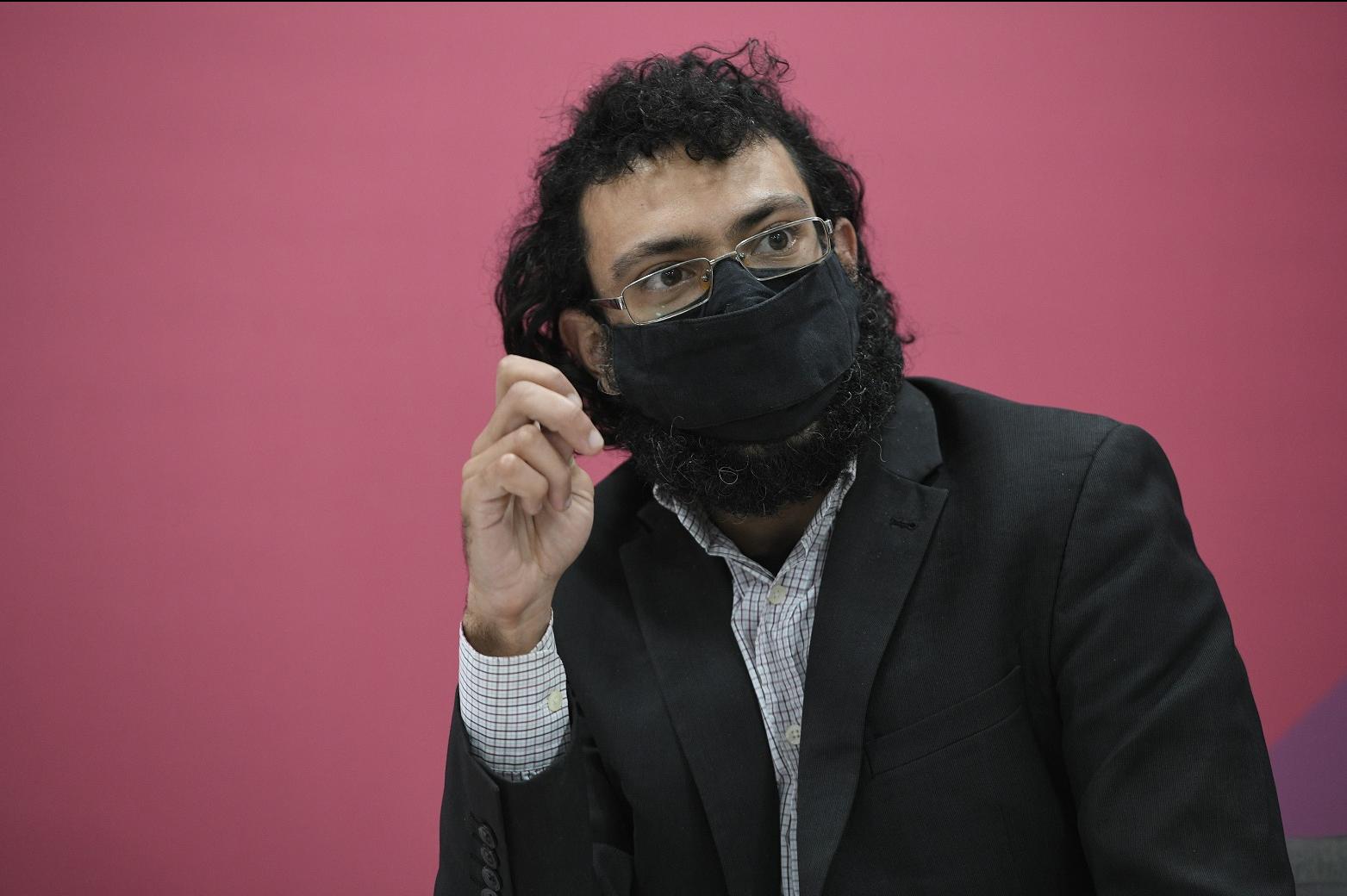 Mark Camilleri said he would continue to express his views, within the confines of appropriate language. Photo: Matthew Mirabelli

Caruana specified that Camilleri was asked to resign on the terms of him using foul language and not on the subject which was being discussed. “Our decisions were made on the basis of the language used, I did not even know what the context was.”

In a tweet on Thursday, Camilleri apologised for his “foul language” on social media, and has had his calls to resign removed after a conversation with education minister.

When asked whether the ministry had confidence in Camilleri, Caruana said that there are no hard feelings between the ministry and Camilleri.

Camilleri said that he accepts the terms which the ministry have provided to him, that of which he can express and criticize who he wishes, without any foul language.

“The minister is still new, and she has the right to place her own terms, that which I can say what I like as long as I do not use certain words, which I can accept such conditions.”

He said that he can write, express and criticize who he likes as long as not using certain “vocabulary”. He said that he believes in what he had expressed in the messages.