Four cabinet members, chairmen and CEOs from various agencies and two dozen accompanying government officials were all in attendance on Monday as Wasteserv unveiled a small bin used to dispose of medical waste.

The launch of the new waste bin, part of a bigger recycling effort known as ‘Sort it Out’, is aimed at ensuring medical waste, such as expired medicine and pills, are sorted from other waste streams.

Patients will be able to throw away their unwanted or expired medicines in the small bins, which will be placed at pharmacies.

For the occasion, four separate speeches were delivered by deputy Prime Minster Chris Fearne, responsible for health, Environment Minister Jose’ Hererra, who is politically responsible for Wasteserv, Parliamentary Secretary Aaron Farrugia, as the scheme is sponsored by EU funds and Parliamentary Secretary Deo Debatista, due to the collaboration of the Medicines Authority.

The ceremony started half an hour after its scheduled time as Minister Herrera was running late.

The current cabinet is the largest ever since Malta’s independence, with every Minster costing taxpayers €1 million a year. 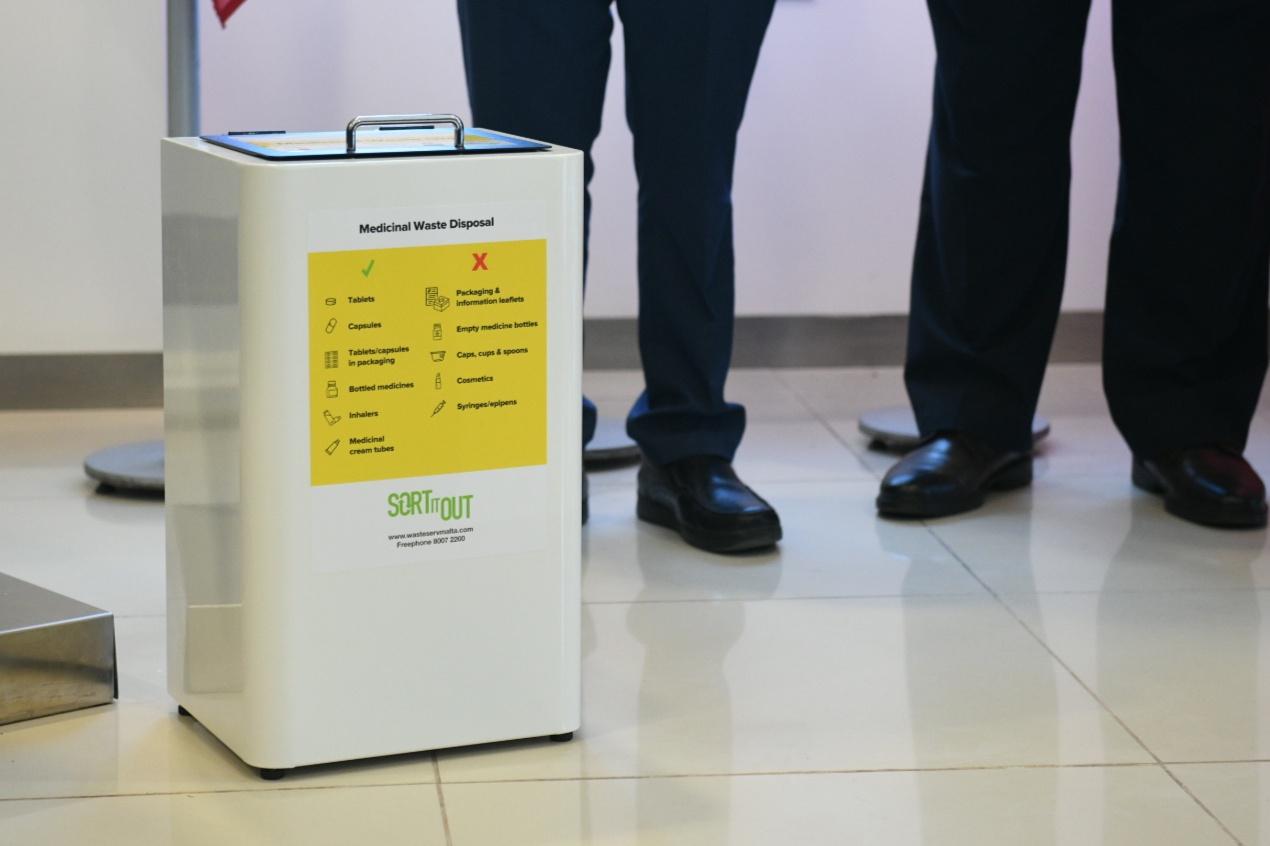