Malta has recorded four new cases as the island reaches more milestones in its fight to contain COVID-19.

After eight recoveries and no new deaths, there are currently 65 active cases of the virus in the country.

The new COVID-19 cases were reported on Thursday as the health minister announced that the number of vaccination jabs will reach 500,000 within hours.

Malta has also been placed on a ‘green list’ for low case numbers compiled by the European Centre of Disease Prevention and Control.

The island joins Iceland, parts of Norway and Finland in having fewer than 25 cases per 100,000 people over the last fortnight and a positivity rate of below four per cent.

The traffic light system, published as a map every week, ranks countries from green to dark red based on their 14-day notification rate, testing rate and test positivity. 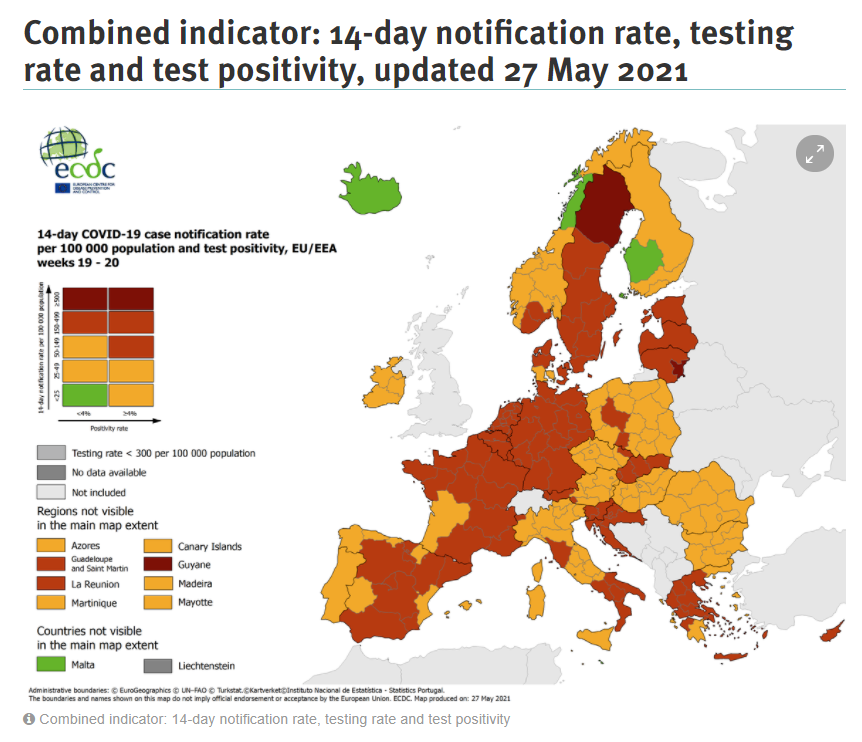 Sweden, for example, is coloured dark red because its notification rate is 500 cases or more.

Last week Malta ranked lowest in the EU for the rate of COVID-19 cases and deaths and earlier this week, Fearne announced the island had vaccinated more than 70 per cent of all adults with at least one dose.