But if they were expecting plaudits and praise, they emerged disappointed.

From parliamentarians' choice of words to Malta’s willingness to continue doing business with Russia, Zelensky prodded quite a few sore points in his 12-minute address to parliament from war-torn Ukraine.

Zelensky immediately batted down a suggestion by speaker Anglu Farrugia that the “conflict” in Ukraine could be solved through diplomatic channels.

“I would like to say, we do not have a conflict, we have a war. Words are not speaking these days, but shelling, torturing and killing,” Ukraine’s president shot back at Farrugia.

Hammering home his point, Zelensky said it was Russia who was the aggressor that invaded Ukrainian territory, while a chastened Farrugia looked on during the video address.

The Ukrainian president invoked memories of the heavy bombardment suffered by Malta in World War II to draw parallels to Ukraine’s own, ongoing suffering.

Undeterred by Malta's neutral status – something Farrugia, Prime Minister Robert Abela and Opposition leader Bernard Grech all made reference to - Zelensky snuck in a reference to the importance of the iconic British Spitfire, a WWII-era plane, to the island’s defence.

Ukraine too needs weapons and support, he said, as the future was being decided on the battlefield, just like it was 80 years ago during the “Malta battle”.

Malta has been donating medical and other non-lethal supplies to Ukraine in recent months and that will not change, Foreign Affairs Minister Ian Borg made clear right after Zelensky's address.

Zelensky was never likely to let Malta off the hook over its sale of EU passports to wealthy Russians.

Malta “suspended” the sale of EU passports to wealthy Russians a few weeks after the war broke out, although the government was initially reluctant to do so. It has since also stripped a Russian passport buyer who ended up on sanctions lists of their Maltese citizenship. 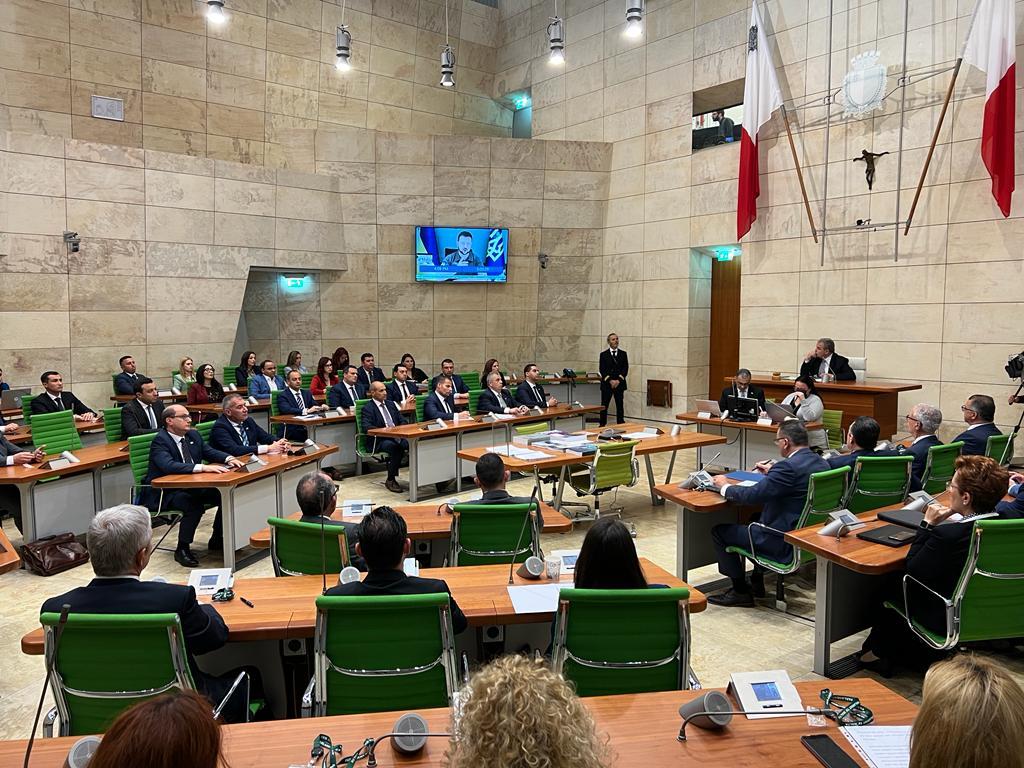 Zelensky warned Maltese MPs that Russian passport buyers and business operatives could be setting up shop in Malta with ulterior motives.

“This is not just business to them, these are entities linked to the Russian state,” he said.

The Ukrainian president put the onus on Malta not to let itself “be abused” by such Russians, urging lawmakers to “please do your checks, see which Russians are using Malta to hide”.

Zelensky’s words add further pressure to authorities to ditch the passport scheme altogether. Malta is already locked in a legal battle with the European Commission over the scheme and interest in the scheme has reportedly slumped in recent years.

Zelensky headed into his address well briefed about Malta’s resistance to a ban on EU-flagged vessels transporting Russian oil.

The Maltese government is reluctant to back a full ban, as this would hurt Malta’s sizeable shipping interests. Transport Minister Aaron Farrugia has said that Malta is seeking a “compromise” solution at EU level, to avoid a total ban of such vessels.

Zelensky however argued every penny coming from the transport of Russian oil comes at a greater cost.

“Each euro and dollar that you can earn will be accompanied by the big losses if you cannot stop the food crisis, but also the migration crisis.”

Zelensky's studied address also made reference to the pressure rising food prices will put on countries in Asia and North Africa, linking this to Malta’s own migration pressures.