Put simply, Bettina Hutschek’s Fragmenta Malta 2013-2018: Life & Art in Public Space is a book that catalogues all the activities and pop-up exhibitions that she organised with other artists in the context of Fragmenta, an artistic platform she created seven years ago. In this sense alone, the book should draw readers with an interest in contemporary artistic practices in Malta and others who are fascinated by the complexities of experimental cultural forms in public spaces.

However, to describe it merely as a catalogue would not do justice to the fact that the book is actually more like an artistic space through which one drifts rather than reads.

The book is full of images of wall signs and posters but they all seem to take us somewhere else, to an as-yet unfamiliar terrain. What matters here is the journey, not the destination.

The signs are only fragments, or ‘fragmenta’, of that journey without end, and I suspect that the readers who will find this book most rewarding will be those who simply enjoy roaming through and losing themselves in its pages.

This ambulatory mode is consonant with the book’s thematic focus: art in the public domain, found imagery and artefacts, artistic events held in specific, often unusual, locations around the Maltese islands.

In a broader sense, this focus is also connected to a cultural and philosophical precedent known as psychogeography, established in the 1950s in France by Guy Debord and other ‘situationists’ in order to push for a playful redefinition of urban environments that would simultaneously subvert the increasing dominance of a capitalist mindset in city life.

Before Debord, other well-known artists and poets like the surrealists and Charles Baudelaire had already celebrated the virtues of the city stroller or flâneur. Yet, Debord’s notion of the dérive (‘drift’ in French), with its accent on wandering the streets in order to become more keenly aware of a neighbourhood’s histories, possibilities and restrictions, is perhaps the most important, unacknowledged allusion in this book.

Like a solitary signpost, ‘psychogeography’ is encountered en passant in a couple of minor references in the book, not unlike the majority of Hutschek’s Fragmenta pop-up events which typically lasted only a few hours. As a conceptual point of reference, perhaps, psychogeography is so fundamental in the field that it does not need to be described in any depth. 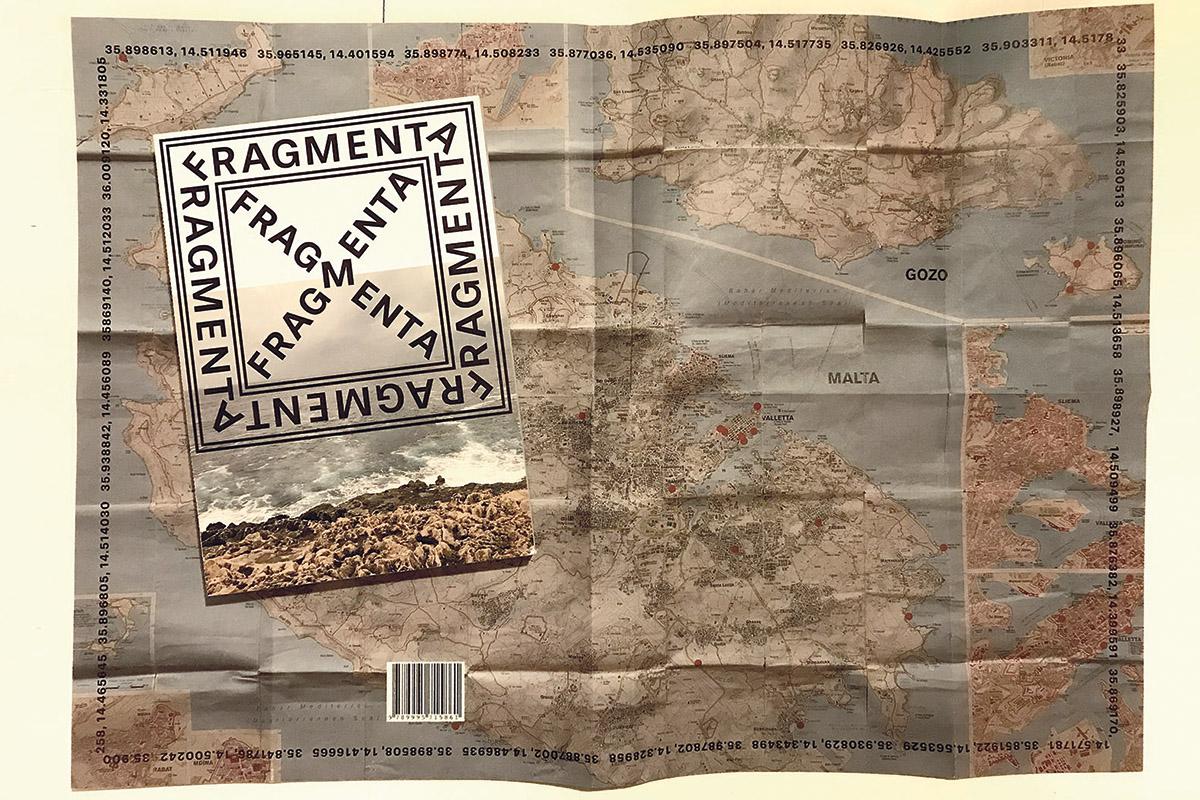 Take the book cover. Even before you open Hutschek’s book, the imaginative recasting of a folded map of Malta as a cover jacket easily brings to mind ‘situationist’ cartographic strategies. But it is precisely this playful reordering of cartographic, political and social space that roots Fragmenta so firmly in the local environment and, at the same time, also keeps it at a critical distance.

No phenomenon in Maltese everyday life calls to us with a louder sense of urgency than the issue of public space,literally reduced to rubble by so-called developers who have no time for pesky pedestrians. Hutschek invites others to lay claim to what should be, in principle, already theirs. And the most effective way they could do this is through imaginative behaviour and action. In other words, through art.

As she writes in the book’s introduction, art in the public domain “helps to activate places in new ways, writing other stories onto its skin, making the unknown appear.” This unknown is not to be confused with the ‘unknown’ of the market, which often supplies us with cosmetic adaptations of old demands. What Hutschek hopes for is more transformative: that audience members at her events walk away with “a radicalised version of the local” in mind.

Examples of this radicalisation of the local are plentiful in the book. In a project called Field Trip held in January 2017, for example, artists Sonya Schönberger and Christof Zwiener bring the issues of social, ethnic and spatial distinctions to the fore by dividing the chairs in the waiting hall of the ferry terminal at Ċirkewwa into three categories and attaching sticker signs on them with the words ‘Resident’, ‘Tourist’ and ‘Foreigner’.

In another, photographer David Pisani takes over a billboard near the Magħtab landfill and subverts its profit-driven goals by showing nothing more than an image of a similar billboard from the back. Other Fragmenta projects take us to Comino, an underground shelter in Birkirkara, the Lower Barrakka Gardens in Valletta and many other locations that are amply illustrated in the book.

Jon Banthorpe’s inspired work on the book design, coupled with intriguing sections like ‘Collected Headlines’ about Malta between 2008 and 2018, help to make this a unique art publication that does not only offer a creative analysis of the critical role of art in society but also shows how research in contemporary art revolves around wider issues like hunting, the EU, the Panama Papers and so on, particularly in the context of a political crisis like that experienced recently in Malta.

Along with several photographs, these headlines also show that a small island-state’s multilayered history is never far from the surface. History is important in a book like this not because it represents an unchanging order of things.

Quite the contrary, history exemplifies the possibility of change. Important streets were once visualised as new paths. This is also how whatever we choose to call art can appear in the most unexpected of places, against all odds.