Malaysian authorities Wednesday conducted a post-mortem examination on the body of a Franco-Irish teen found in the jungle after she disappeared from a resort, as her family mourned the "unbearable" loss.

The unclothed body of Nora Quoirin, 15, was discovered Tuesday in a ravine in dense rainforest after a 10-day hunt involving hundreds of people, helicopters and sniffer dogs.

She went missing from the Dusun Resort, not far from Kuala Lumpur, on August 4, a day after checking in for a holiday with her London-based family.

Her family believed the teen, who had learning difficulties, had been abducted but police classified her disappearance as a missing person case.

Her body was airlifted by helicopter out of the ravine -- about 2.5 kilometres (1.5 miles) from the resort -- after which it was transported to hospital and identified by her relatives.

Medics began conducting a post-mortem examination on the body Wednesday morning, as a media scrum gathered at the hospital in Seremban town, which was guarded by armed officers.

The autopsy took longer than expected and was set to finish in the evening, with police saying the doctors had asked for extra time.

Her relatives said the schoolgirl was "at the heart of our family", in a statement released by The Lucie Blackman Trust, a UK charity that supports relatives of British people missing overseas.

"She is the truest, most precious girl and we love her infinitely. The cruelty of her being taken away is unbearable. Our hearts are broken.

"We will always love our Nora."

After meeting the girl's parents, family lawyer Sankara N. Nair said they hoped "the authorities will investigate the death of their loving daughter thoroughly and explore all angles that caused her death".

The body was found unclothed but authorities have not said if there were any signs of injury. 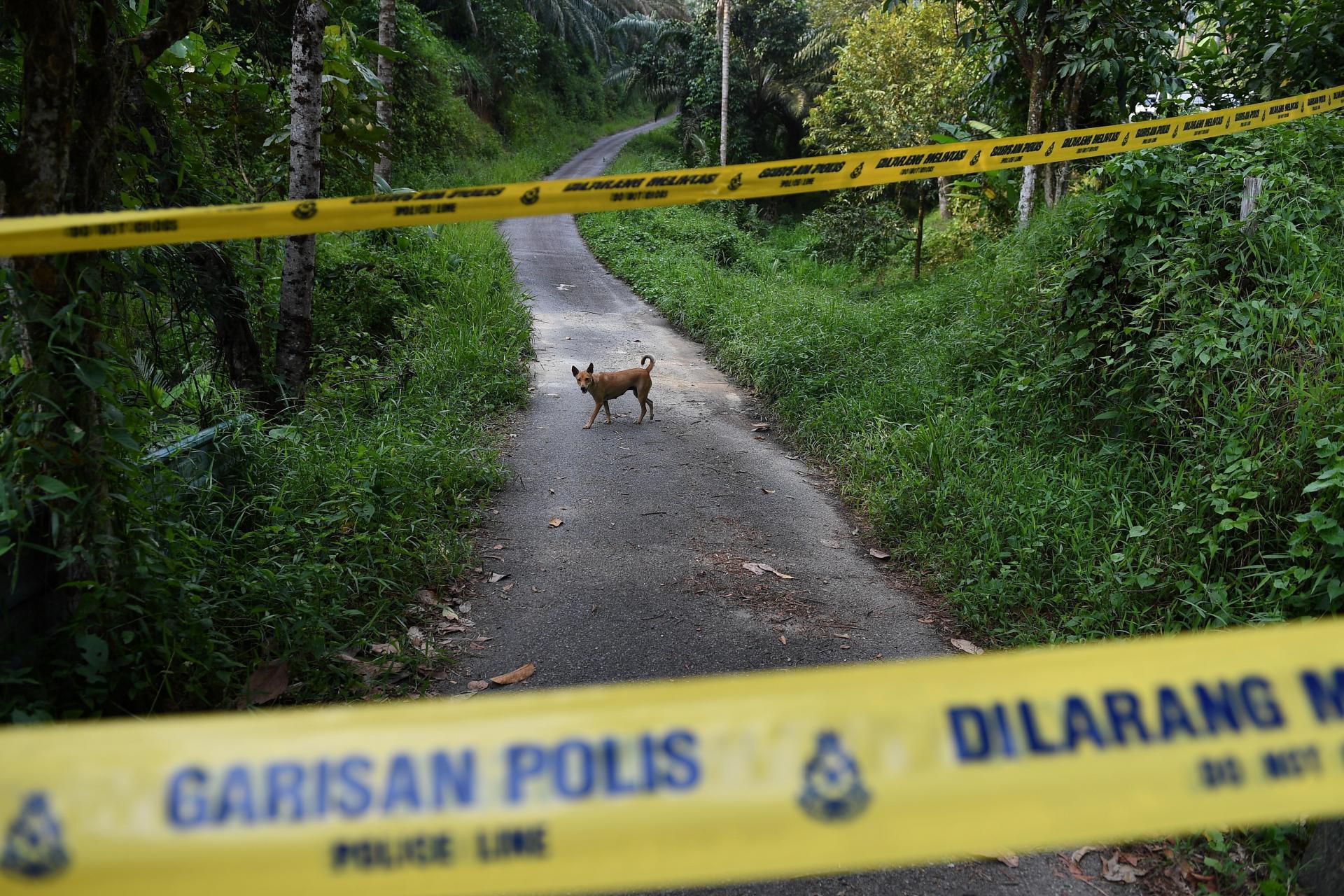 A dog walks behind a police line at an entrance to the Dusun Resort, where Nora Quoirin was last seen. Photo: AFP

Police are not ruling out criminal elements in the case, have questioned witnesses and are investigating witness accounts of a truck heard early on the morning the girl disappeared.

A group of volunteers who were part of the search and rescue team found the body after being tipped off by a member of the public.

It was discovered in the official search zone, in an area that the team had previously covered.

On Monday, the family had offered a 50,000 ringgit ($11,900) reward, donated by a Belfast business, for information that could lead to her return.

And at the weekend, her mother Meabh fought back tears as she made an emotional speech thanking the search team, with the girl's French father Sebastien by her side.

The five-hectare (12-acre) resort where the teenager disappeared is next to a patch of thick jungle and in the foothills of a mountain range.

Her family had said it was extremely unlikely the reserved youngster would have wandered off on her own.

She had a condition known as holoprosencephaly, where the brain fails to develop normally, had limited verbal communication and could only write a few words.

She attended a school for young people with learning and communication difficulties.