On Friday, September 21, Heritage Malta is opening the doors of the Inquisitor’s Palace in Vittoriosa to be enjoyed by the public for free.

Considered as an architectural gem, this majestic building was the official residence of Mgr Pietro Dusina, the first general inquisitor and apostolic delegate of the Maltese Islands, when he arrived in Malta in 1574. Successive inquisitors who resided in this palace left their traces behind in the adaptations which they did to the building.

Acting as a centre of power in its days of glory, the palace still holds the sophisticated ambience of the piano nobile and the cultivated refinement of the private quarters. On the other hand, the preserved austere setting of the Holy Office Tribunal, the prison complex and the torture chamber, reminisce a time when many shared a dark abiding fear of religious heresy. Meanwhile, the historic reconstructions of the domestic kitchen area offer a lighter note as they open a window on the cuisine customs of that period.

Throughout its five centuries of history, the local Inquisitor’s Palace always hosted high-ranking officials which represented the main powers on the island, who therefore ensured its survival. Fate then saved this palace from the severe bombings of the area during World War II.

A visit to this building is an opportunity to explore one of the very few surviving Inquisitor’s palaces which still awaken memories of a tormented phase in the history of the Church. None such surviving palaces in the rest of the world are accessible to the public.

The Inquisitor’s Palace also hosts within it the National Museum of Ethnography which exhibits permanent displays on Malta’s religious traditions as consolidated by the Inquisition. 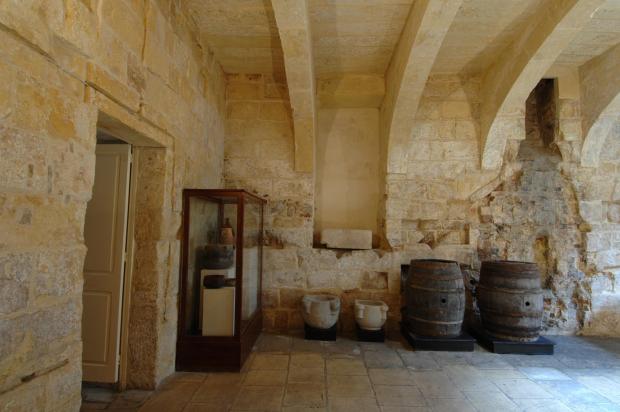 Guided tours of the site will commence at 10am (in Maltese ) and at 2pm (in English ).