For almost a decade, the Faculty for Social Well-being at the University of Malta has proposed new opportunities to understand the deep objectives that support our words, actions and aspirations for the good of Malta. One way the faculty does so is by opening channels of communication, between departments and with society at large, often for the first time in their respective fields. This intermingling of expertise has produced exciting new data, recommendations for policy and creative ways of understanding the practical implications of social well-being.

In the midst of this enthusiastic growth it is prudent to remember the practical roots of social well-being and, if possible, to strengthen them. Essentially, this means a periodic return to the existential questions that inform and empower a vision for the well-being of Malta. Questions that seek to know why so many feel called to engage in this work and to what ends is it ultimately directed.

One preliminary answer, borne out by research, is an underling responsibility towards human vulnerability. This concern underpins so much of the turn ‘to social justice’ taking place in our university and beyond. Seen in this way, it is a recognition of our own inherent precarity, aligned with the ability to perceive it in others, to produce the empathic heart of social well-being.

Such conceptual roots are important. However, far more important are the lives of women and men who live as witnesses to these ideals, by championing empathic justice and far-reaching well-being. One such person is the late Fr Ġwann Xerri, known as Fra Ġwann, whose work in Latin America is an example of these values and their movement from theory into practice. I believe that Fra Ġwann’s vocation to the demands of social justice, in pursuit of social well-being, parallel the best of what Malta’s contemporary academics and activists hope to achieve in our communities.

My first meeting with Fra Ġwann was in the company of his long-time collaborator, Mario Gerada. It was during the Ħwawar u Fjuri project, which was designed to nurture dialogue among diverse cultures in the Maltese islands around the shared use of plants. To hear Fra Ġwann describe the work was to be reminded that, at its most real, such encounters are invitations to remember the fundamentals of life. In the case of Gerada’s project, these fundamentals were the most life sustaining – food and friendship.

Fra Ġwann also spoke with great eloquence about the vital message of liberation in a world that, in ways subtle and overt, can seem to thwart a person’s ability to live in freedom. It is this relationship between freedom and well-being that forms a cornerstone in the missionary activism of Fra Ġwann, just as this is the central tenet of the liberation theology that sustained his mission.

The Latin American liberation theologians drew on scripture to proclaim that the Christian God has “a preferential option for the poor”. Leading liberation theologian Gustavo Gutierrez went so far as to state that “there is no authentic evangelisation that is not accompanied by action on behalf of the poor”.

This preferential option, at the heart of Fr Ġwann’s ministry as a priest and public intellectual, speaks loudest to the oppressed and dispossessed. It is a reminder that any commitment to social justice for social well-being is with the fringes and not at the centre of social power. In fact, social well-being attempts the miraculous by insisting on a shift from the centre to the periphery, a perceptual shift that resonates with the words of Paulo Freire, “liberating education consists in acts of cognition”.

Such an imaginative, cognitive, social shift is especially urgent as Malta’s contemporary political landscape hears invocations to “the poor” from all sides of the political spectrum. It is part of debates regarding welfare, access to education and healthcare, humanitarianism, political advocacy and so on. Yet, the preferential option for the poor does not tell us how we are to achieve it. How are we to transform this recognition from worthy aspiration into manifest reality?

As we struggle with this imposing task, it is the responsibility of institutions such as the University of Malta and the work of the Faculty for Social Well-being to continue being pioneers. Fr Ġwann’s legacy is an important guide along that journey, a reminder that theory and practice can come together in the life of an individual to produce fruit that far outlasts their physical presence in the world.

Fr Ġwann ensured that the marginalised members of Maltese society were never forgotten. With special care, he included those among us whose presence has been part of the political rhetoric of social ‘crisis’ for decades. Quoting a 2009 interview given to the Times of Malta, Fr Ġwann respectfully but firmly restates our national priorities.

“We also need to realise that [migration] is not the country’s only problem and that we are not in a national crisis because of it. The only crisis we are in is a crisis of the soul. We need to remember who we are, where we came from, what our history was like.”

In this call to remember, Fr Ġwann is asking us to return to ourselves. He calls for people to courageously consider the decisions being taken on behalf of social well-being and questions the implications for those being left behind.

Fr Ġwann proposes the uncomfortable truth that it is our liberty, to embrace the responsibility of choice, which defines an essential element of humanity – and without our free choice for the good, social wellbeing will remain trapped in limbo, somewhere between theory and practice. 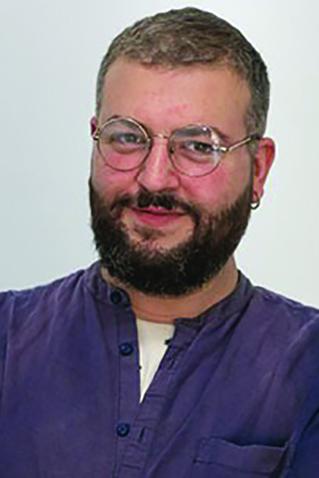