Freshwater could be extracted from the seabed at a fraction of current water production costs, a study by international and local experts has indicated.

Groundwater is found below the Earth’s surface in fractures of rock formations and in soil pore spaces. Groundwater aquifers only receive approximately one-tenth of the overall precipitation but provide around 42 per cent of the total water extraction in Europe, most of which is used for public supplies and farming. 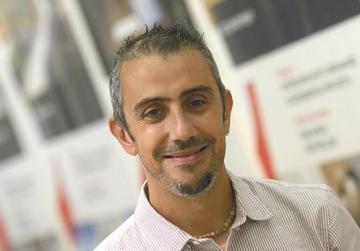 Last week, international geoscientists from Germany, Malta and New Zealand conducted a survey of offshore areas around Malta and Gozo, looking for groundwater.

They then created a 3-D model of water offshore, after collecting data aboard a ship using control source magnetics and geo-physics.

“This never happened before, and our study is to see if the groundwater could actually be available for consumption,” Prof. Micallef said.

They have so far looked from Marsalforn to Marsascala, but the data is still being analysed.

“So far, it looks like there are some areas where there could be groundwater,” he said.

Extracting groundwater from these areas can cost 90 per cent less than procedures currently being used, Prof. Micallef said.

Malta continues to have “significant problems” with its groundwater levels. The European Environment Agency’s European Waters report for 2018 said that Malta was among the three southern member states – the others being Cyprus and Spain – where groundwater levels are drying up fast.

The main pressures on the subterranean reservoirs, the agency said, was water extraction – the pumping out of water for public supply, agriculture and industry.

The project, called MARCAN, is a five-year research project led by the University of Malta and funded by the European Research Council.

The project is also looking at the impact groundwater extraction has on the seabed, Prof. Micallef said.

The role of groundwater in geomorphology has been a subject of vigorous debate during the past decade, Prof. Micallef pointed out.

Groundwater and erosion in the bedrock on land have been poorly studied, though the subject of much debate.

“We are also seeing how to ensure the project is environmentally sustainable,” he added.