What a difference five years can make. I have just returned from Oslo, Norway where I attended my fifth Our Ocean conference. It will be my last in my capacity as European Commissioner for the Environment, Maritime Affairs and Fisheries.

In those five years, the Our Ocean annual conference has become the leading pledging event for the ocean community.

I think that when it comes to recognition as an Ocean actor, the same can be said for the European Union. The EU is now the leading global voice on ocean protection.

One of the things I am most proud of during my mandate is the Our Ocean conference in Malta in 2017, hosted by the EU.

For the first time ever, we succeeded in getting commitments from industry to improve the state of our ocean. Real action, not just words.

This has been a landmark and the number of commitments to Our Ocean has been growing ever since.

When I first attended Our Ocean in 2015, on the invitation of John Kerry, then US Secretary of State, the idea was to see how the EU could develop an ‘international voice’ in the area. It was the first drop in the ocean. Many were sceptical that the EU would be able to convince its member states to work together on issues as diverse as ocean governance, tackling plastic waste, promoting marine protected areas and protecting our polar seas.

Yet since 2014, we have made 77 different commitments; 77 different ways to protect our oceans and take care of marine life and coastal communities.

We have, most importantly, kept those commitments. Almost 80 per cent have been, or are close, to being delivered.

Half of the commitments we announced last year have already been achieved.

This includes investing €100 million for research into smarter plastic material. It includes developing new ocean forecasting models. And it includes financing sustainable fisheries in countries such as the Seychelles. 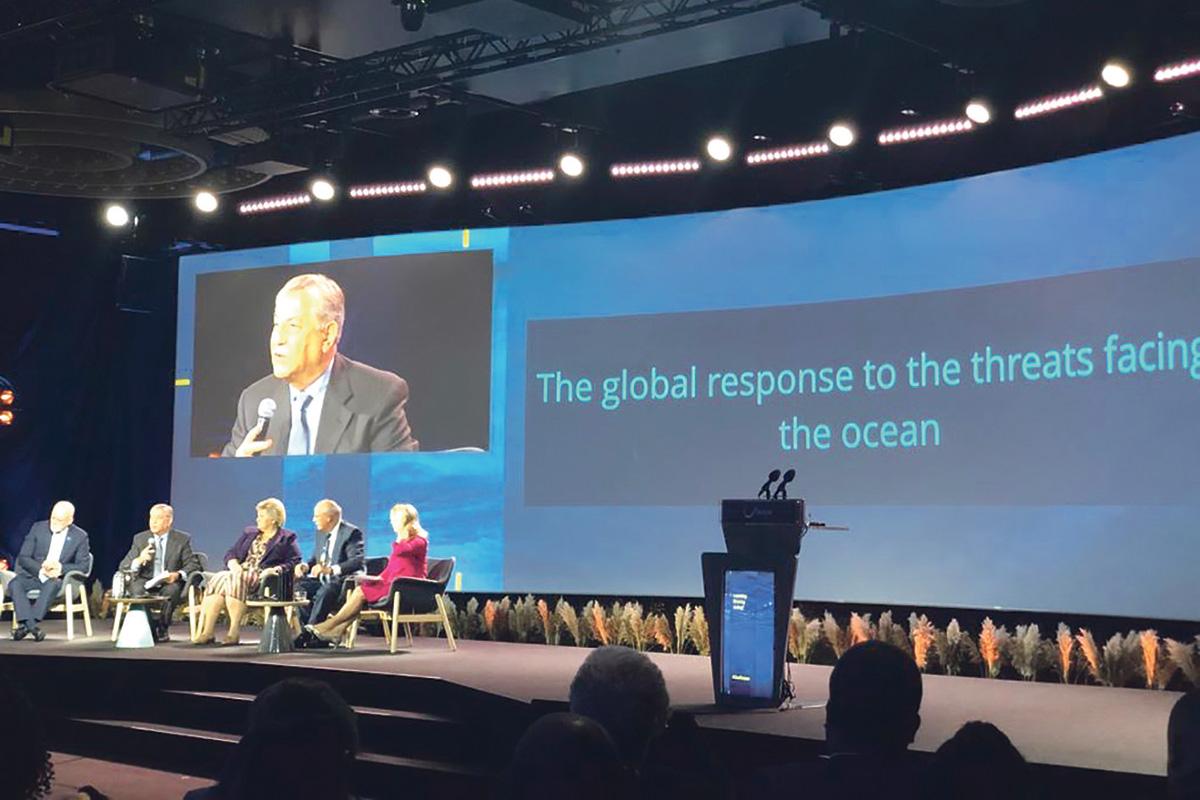 This is crucial of course.

Not just talking action but taking action, and being accountable for that. That is why we have just launched the Ocean Tracker: an online tool to gather new commitments and to check whether previous commitments are being delivered.

But the EU did not only bring the Ocean Tracker to this conference. We are also announcing 22 new commitments this year, with a total budget of more than €540 million. This is 40 per cent more than what we committed to at Our Ocean last year.

We will support better understanding of the climate change impact on the Arctic and Antarctic through our Copernicus satellite programme, monitoring sea ice and the climate in the cryosphere. We have achieved major successes in the fight against illegal fishing.

We are progressing in important multilateral negotiations, such as the international agreement on biodiversity in the high seas.

Here in the Mediterranean, the pillars have been put to finally recover our fish stocks and secure our fishermen’s future. First, this is the result of adopting the MedFish4Ever Ministerial Declaration in 2017, initiated by the EU.

The declaration has changed the dynamics of fisheries governance in the Mediterranean Sea, making all stakeholders – fishermen, authorities, NGOs, consumers – part of the process of change.

As my mandate finishes it is clear to me that climate change and the loss of biodiversity are the two most urgent challenges of our times.

Our oceans and marine ecosystems play an important role in all major natural processes, including the mitigation of global warming.

But they are severely under threat. We are coming dangerously close to a number of tipping points, after which corrective action will be either very expensive or just ineffective.

By making a European Green Deal one of her top priorities, the next Commission president has understood the urgency well, and I am sure that my successor, the next Commissioner for the Environment and the Ocean, Virginijus Sinkevičius, will put his heart in this important mission.

I hope that the last five years gave us the foundation to go from a drop in the ocean to a wave of change.

Karmenu Vella is European Commissioner for the Environment, Maritime Affairs and Fisheries.