For a man whose birthday falls on the anniversary of the Pearl Harbour attack, it is perhaps inevitable that Robert Abela is used to surprises and being immediately thrown at the deep end.

Elected to parliament at his first attempt in 2017, he found himself prime minister less than three years later, comfortably – and for many surprisingly – winning the Labour Party leadership contest against Deputy Prime Minister Chris Fearne.

Fearne had been the frontrunner in practically all polls leading up to voting day on January 11, but Abela played the ‘underdog’ label to perfection. He crafted an electoral campaign focused solely on the people who mattered – the card-carrying Labour supporters – and ignored everybody else. He even sidelined the independent media, choosing to not even invite journalists for his campaign launch before skipping a planned discussion with the Chamber of Commerce.

That he got some quiet backing from outgoing prime minister Joseph Muscat (or his wife) has never been proven but it was likely, given how quickly matters changed in the last hours of the electoral campaign.

New face of the same coin?

Abela knew that the main challenge he faced was to strike a balance between being his own man and keeping the outgoing prime minister’s backers on board – Muscat having remained hugely popular in the Labour Party despite having been forced to resign in disgrace.

He also knew, however, that unless he put clear water between his government and Muscat’s, the reputational damage caused to Malta by his predecessor’s handling of corruption claims and the Caruana Galizia murder investigation would undermine Malta’s economy.

What Abela did not know as he climbed the steps of Castille, was that another, invisible, enemy was about to launch a surprise attack – Pearl Harbour style – on the global economy, forcing him, and other world leaders, to take the toughest decisions world leaders were required to take in a generation.

His first decisions were universally welcomed. He appointed Clyde Caruana as his head of secretariat, insisting that the new occupant of Keith Schembri’s former office would not be designated chief of staff because major national decisions were not taken by unelected officials.

Abela succeeded in keeping Chris Fearne on side, reappointing him deputy prime minister and minister of health and thus winning the right to trumpet the Labour Party’s unity while the Nationalist Party came close to imploding – two years after electing its own leader.

He kept Konrad Mizzi out of the Cabinet, kicked out Chris Cardona and moved justice minister Owen Bonnici to education. Bonnici had spent months battling court action by civil society groups over the removal of flowers and candles from Caruana Galizia’s makeshift memorial in Valletta by government workers. It took Abela a minute to decide that such action would no longer be taken by the government.

But was this real change or hogwash? Keeping the flowers and candles on Caruana Galizia’s makeshift memorial was only a restoration of the kind of normality expected in a democracy, civil society groups rightly pointed out.

The decision may also have anticipated a court sentence. The real test was the arraignment of people involved in corruption or hindering the Caruana Galizia investigation, the NGOs pointed out. And none have been made so far under Abela’s watch.

The much-criticised police commissioner resigned soon after Abela took office – and was promptly given another important position within the government.

And Abela resisted calls to seek the dismissal of the similarly-criticised attorney general.

The new prime minister got flak from another section of the population when he appointed Clint Camilleri minister of Gozo after Justyne Caruana’s inevitable resignation over her policeman husband’s links to Yorgen Fenech – but kept him in charge of the bird hunting sector despite being a confirmed hunter himself.

The perception that Abela wanted to continue appeasing particular sectors was reinforced a couple of months later when the government green-lighted the opening of the spring hunting season despite a public health campaign urging people to stay indoors to contain the spread of COVID-19. He promised continuity in the leadership electoral campaign. One assumed that he meant maintaining economic momentum. Did it also mean keeping some people happy, whatever the cost?

Abela also committed another unforced error by nominating Konrad Mizzi as head of Malta’s delegation to the Organisation for Security and Cooperation in Europe. He was forced to beat a hasty retreat amid public outrage.

There was more embarrassment. On the same day, Times of Malta revealed that Mizzi (while Joseph Muscat had been prime minister) had been handed a lucrative contract as adviser to the Malta Tourism Authority, two weeks after a resigned as tourism minister in November.

Abela pleaded he had not known about it and rescinded it as well.

Days after taking office, Abela endeared himself with conservatives by declaring that abortion would not be introduced as long as he was prime minister – a reaction to reports on Times of Malta that Joseph Muscat planned to campaign for a start to public discussion on its introduction.

He also struck a chord with the same group by arguing that he saw no need to change the reference in the Constitution about the Catholicism being the religion of the Maltese islands, since Malta respected anyone’s choice to practice any religion anyway.

Abela also beefed up a commitment for good governance by appointing a Governance Board. He even said he spoke the same language as NGO Repubblika on good governance. The jury is still out on that one. 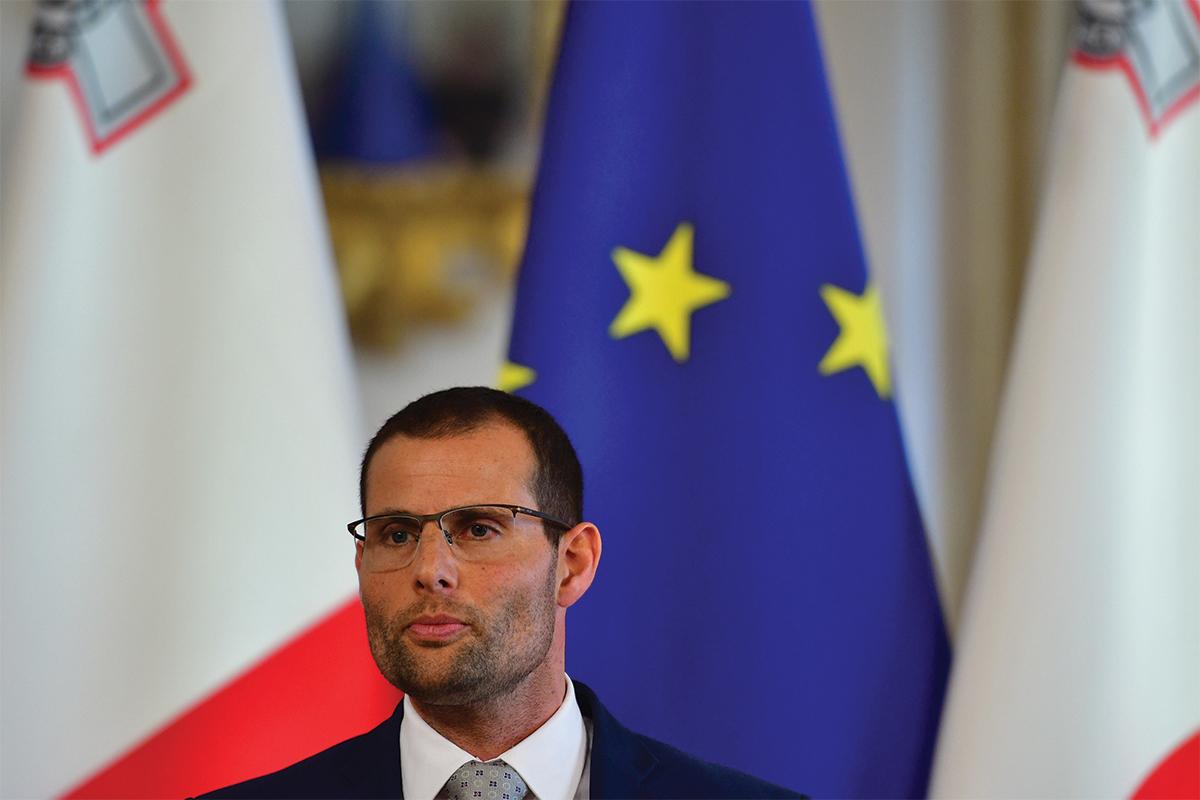 Too early to expect results?

Any hopes of a honeymoon period after the initial January flurry of activity were dashed for Abela when Times of Malta revealed early in February that many officers in the police traffic section were being investigated for massive fraud.

Abela immediately promised a comprehensive investigation. The revelations shocked the country and dented Abela’s hopes of starting the recovery from the country’s reputational damage. But, again, results of investigations still have to be tangibly realised.

The controversy overshadowed yet another divisive issue involving the police. Abela proposed a new system for the appointment of the police commissioner, based on a call for applications and recommendations by the (government-appointed but autonomous) Public Service Commission. He, however, rejected opposition arguments that the commissioner should be appointed by a two-thirds majority of the House, as are the ombudsman and the auditor general.

Nonetheless, he achieved a significant first in another area, striking agreement with the opposition on the appointment of a chief justice. Headway, it appears, is also being made in crafting a new method of judicial appointments.

The first was mounting pressure for the government to ditch its hospitals concessions deal with Steward Health Care amid reported calls by the American company for a bigger government subsidy.

Abela said it wanted a full stock-take of the hospital deal and its implementation, before deciding on any course of action. No decisions appear to have been taken yet.

The second test came with the collapse of a Ħamrun residence into a building site. Would the prime minister rein in an all-powerful construction sector which seemed to be able to write the rules they were meant to abide with? A number of people have been arraigned over the incident, but many people in the powerful lobby will remain untouchable.

Of course, Abela could argue that he could not really make any progress on those fronts while he focused on his biggest test of all, the COVID-19 outbreak.

He had a shaky start on that one, with society appearing to act before the government. Abela was criticised for having apparently delayed a ban on travel – and the resultant importation of cases – and for weak action to aid businesses.

His turning point came on March 24 when he managed to forge a new, much improved aid package that was backed by the social partners.

But any positive recognition of the government’s handling of the COVID-19 crisis came to nought with another own goal when Abela’s government told the EU that Malta was closing its ports to migrant disembarkations and could not guarantee the rescue of migrants in distress at sea.

In closing its ports, Malta was following Italy’s lead and it found the comfort of a European court ruling. But not carrying out rescues was something even Joseph Muscat never tried. He repeatedly stated he could never let people die at sea.

Still the Abela government stayed true to its word and, within days, was blamed for the death of as many as 12 migrants who were not rescued while their boat was reportedly in Malta’s search and rescue zone.

The government was described as having blood on its hands. But it is also a sombre truth that the firm inaction was welcomed by many, with Abela having, unwittingly, unleashed an unprecedented wave of racism.

The NGO Repubblika filed a police complaint over the government’s actions and Abela, still not 100 days into his term, found himself the subject of an inquiry into responsibility for the migrants’ death.

But he kept on digging, holding up the prime time 8pm news on TVM to deliver what was a manifestly politically partisan message hitting out at Repubblika and also blaming the Nationalist Party, for having exercised their right to a legal challenge.

Abela effectively widened division while appearing to preach unity. It reinforced the view that the new prime minister was putting politics before everything, as if unsure of his base and wanting to show he was in charge.

Yet, it is clear that he has so far succeeded  to earn the trust of the vast majority of his Labour Party and in the last few days, the right-wingers.

Long-term popularity will not come by ignoring migrants out at sea but by avoiding hardship at home as major economic sectors remain shut because of COVID-19. Abela’s real test will be to restore the economy to growth as quickly as possible.

Muscat thrived on the ‘feel-good’ factor and slick propaganda. Abela has signs of the latter, but cannot afford to lose the former.

One hundred days since his appointment, Abela will argue, with justification, that he has not been given any time to focus on his own agenda.

As he took office, many waited to see if he would clamp down on the culture of impunity and restore good governance. What has been seen so far is a clampdown on some pretty basic values.

Can the new prime minister really build bridges and restore the economy? Can he become Bob the builder? We have to wait and see.