The 10 floats in Saturday night’s street carnival in Nadur were led by three dominant set pieces that made a travesty of political issues that have been running in the news. 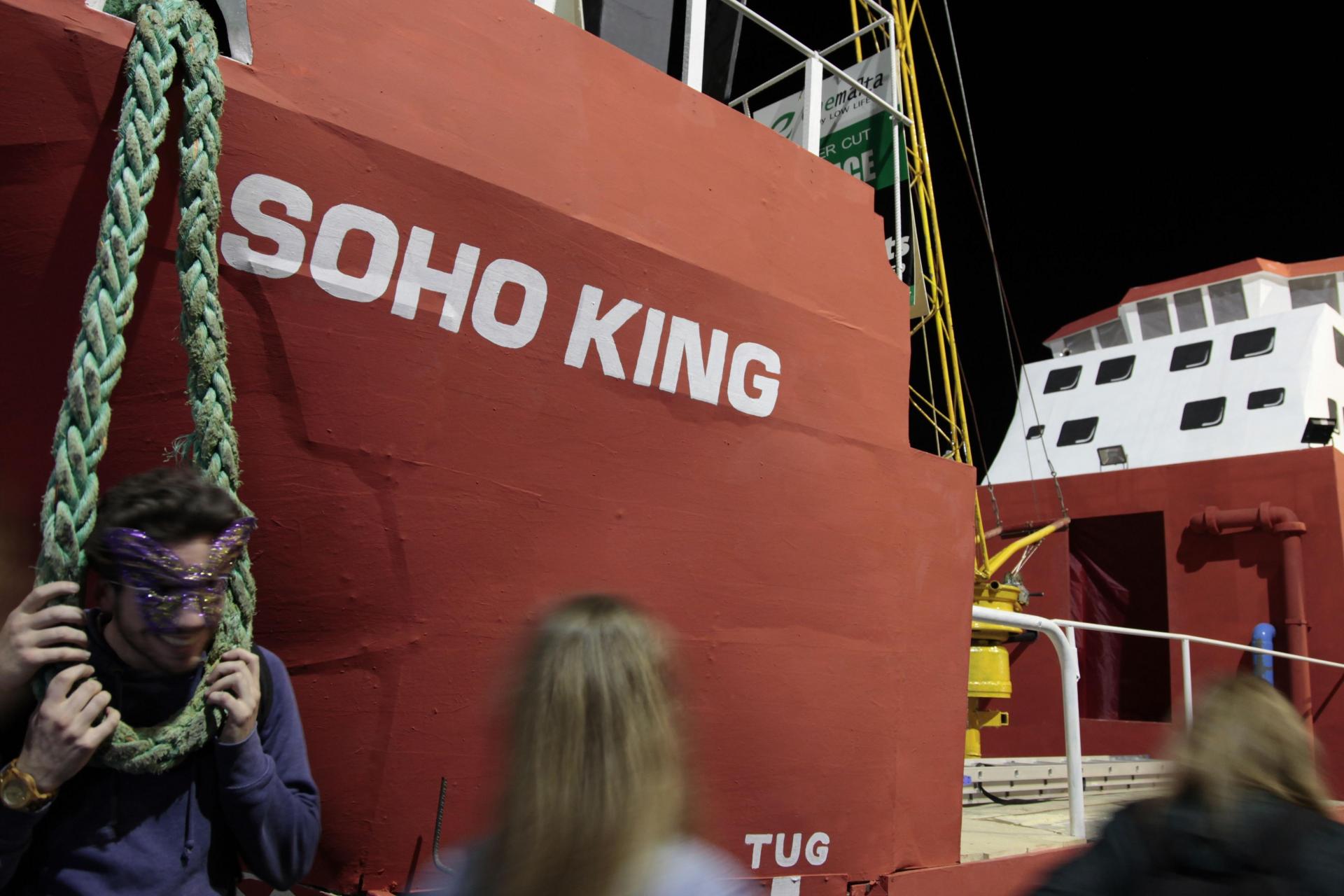 The lead float was a mock red and white ship whose name – Soho King Panama – lumps the alleged Soho embroilment of opposition leader Adrian Delia with the shell Panama companies of Konrad Mizzi and Keith Schembri.

The ship featured contorted tendrils of ripped electricity cables in a caricature to the reports that the interconnector, which connects Malta to the European electricity grid via an undersea cable to Sicily, was ripped by a ship’s anchor. 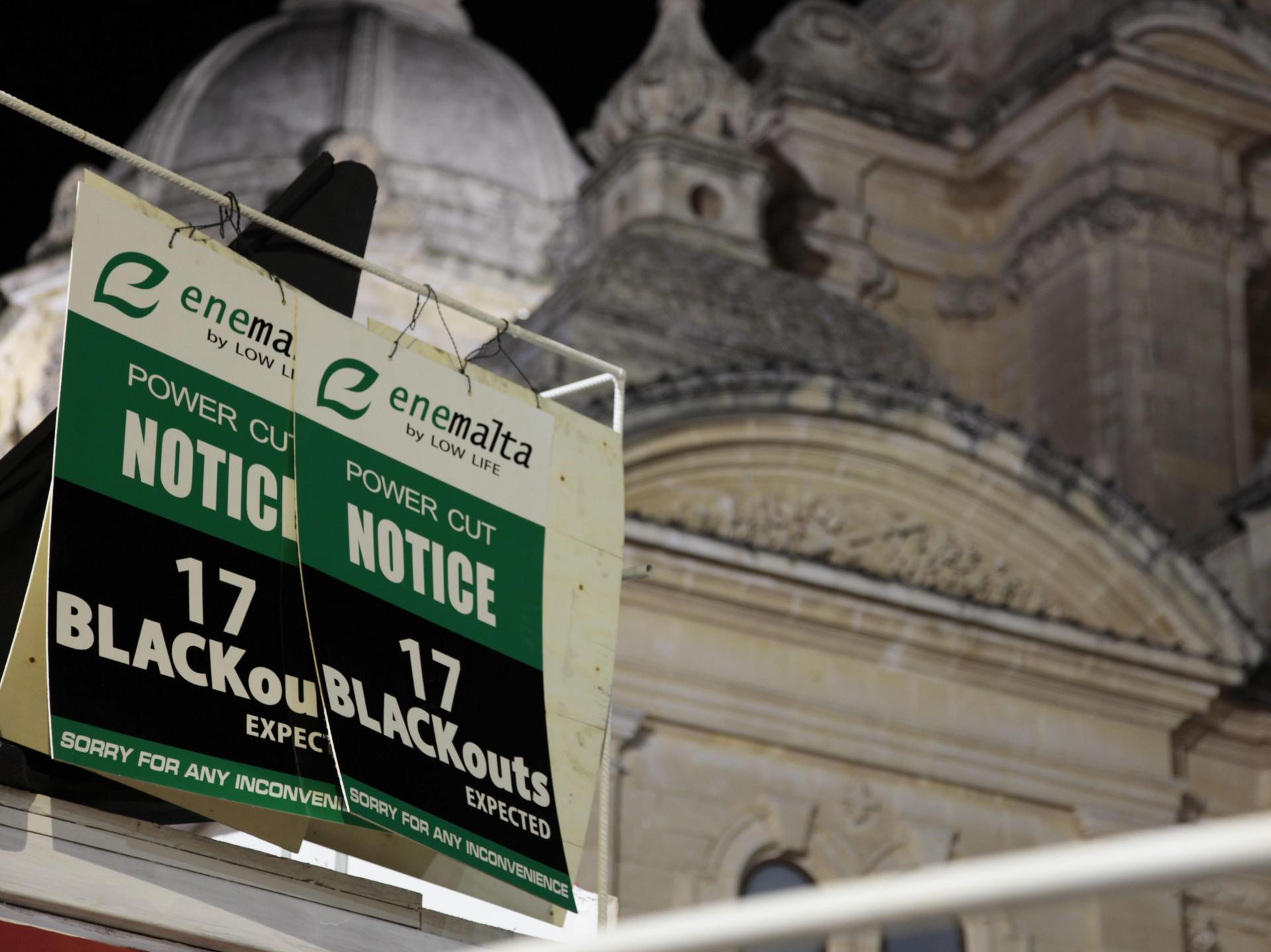 Posters that hanged from the railings of the ship double as “Power Cut Notice – 17 BLACKouts expected”. 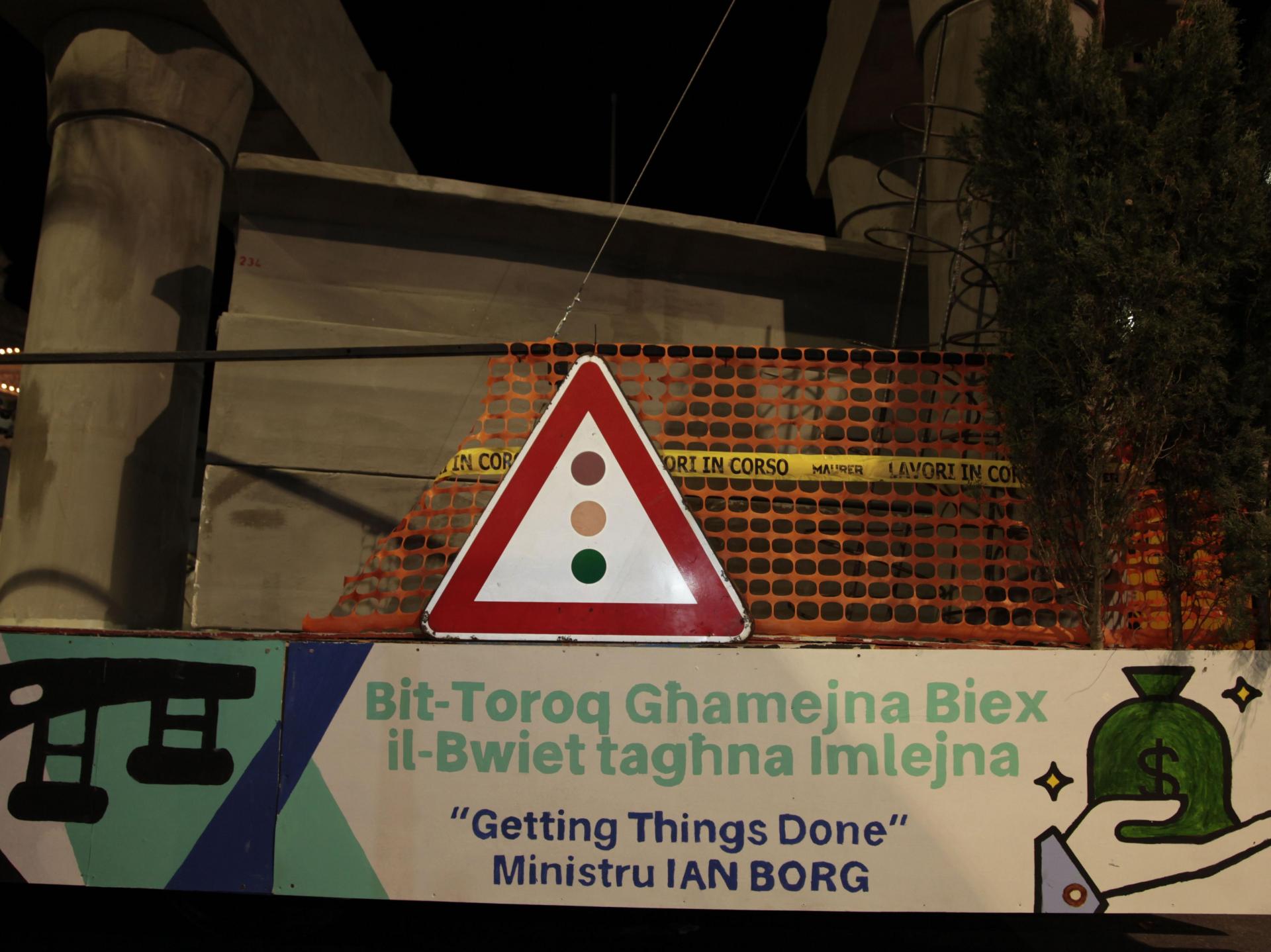 Another intriguing float made a mockery of Infrastructure Malta’s road-building frenzy. It featured various sardonic messages on its sides, the most striking being a spoof of Minister Ian Borg’s Getting Things Done boast. It read: Bit-toroq għamejna biex il-Bwiet tagħna (i)mlejna (We have built roads everywhere to fill our pockets). 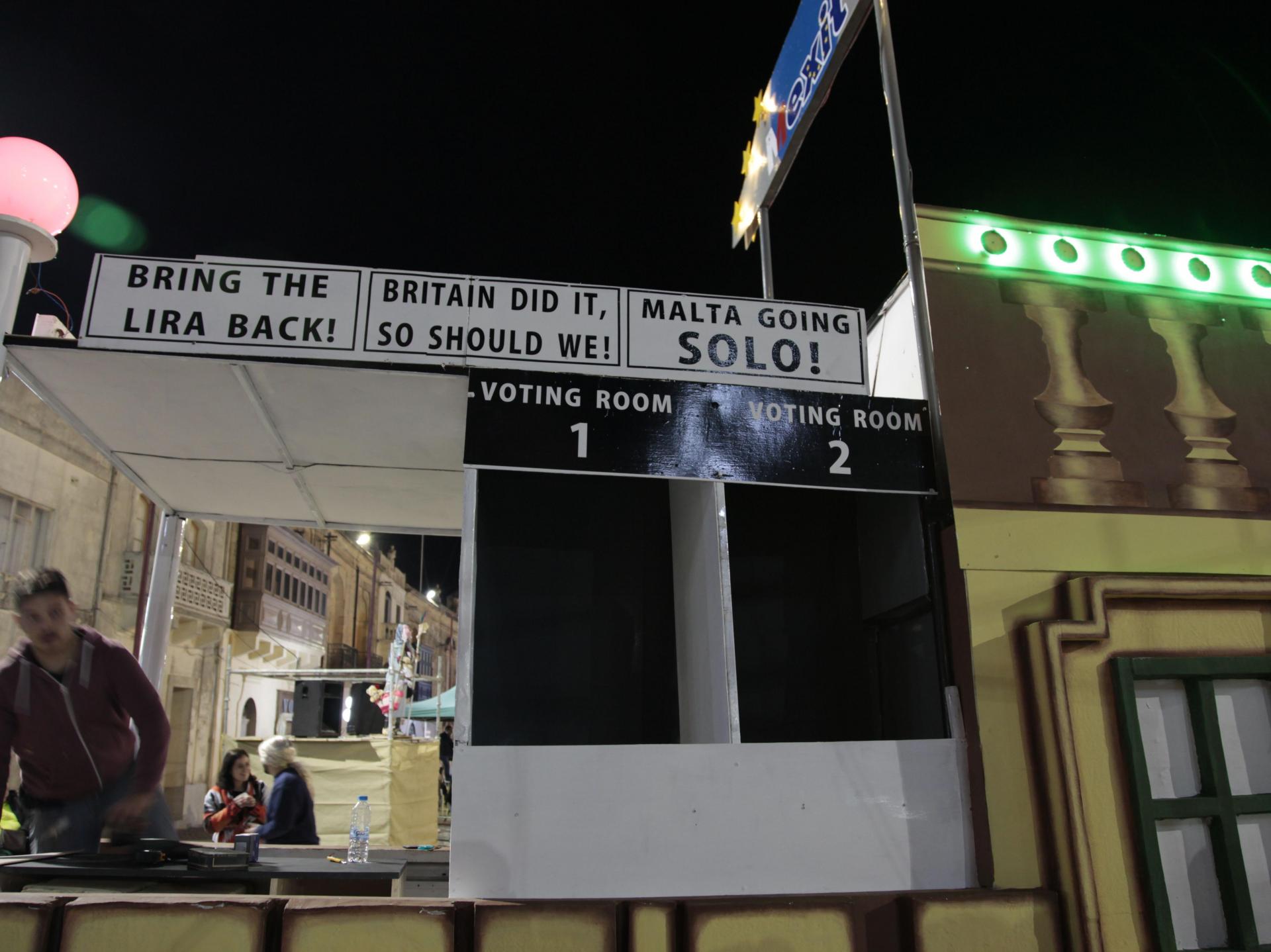 Brexit was also represented with a “Mexit” float that announces the intention of “Malta going solo” and calls for “bring[ing] the Lira back.” 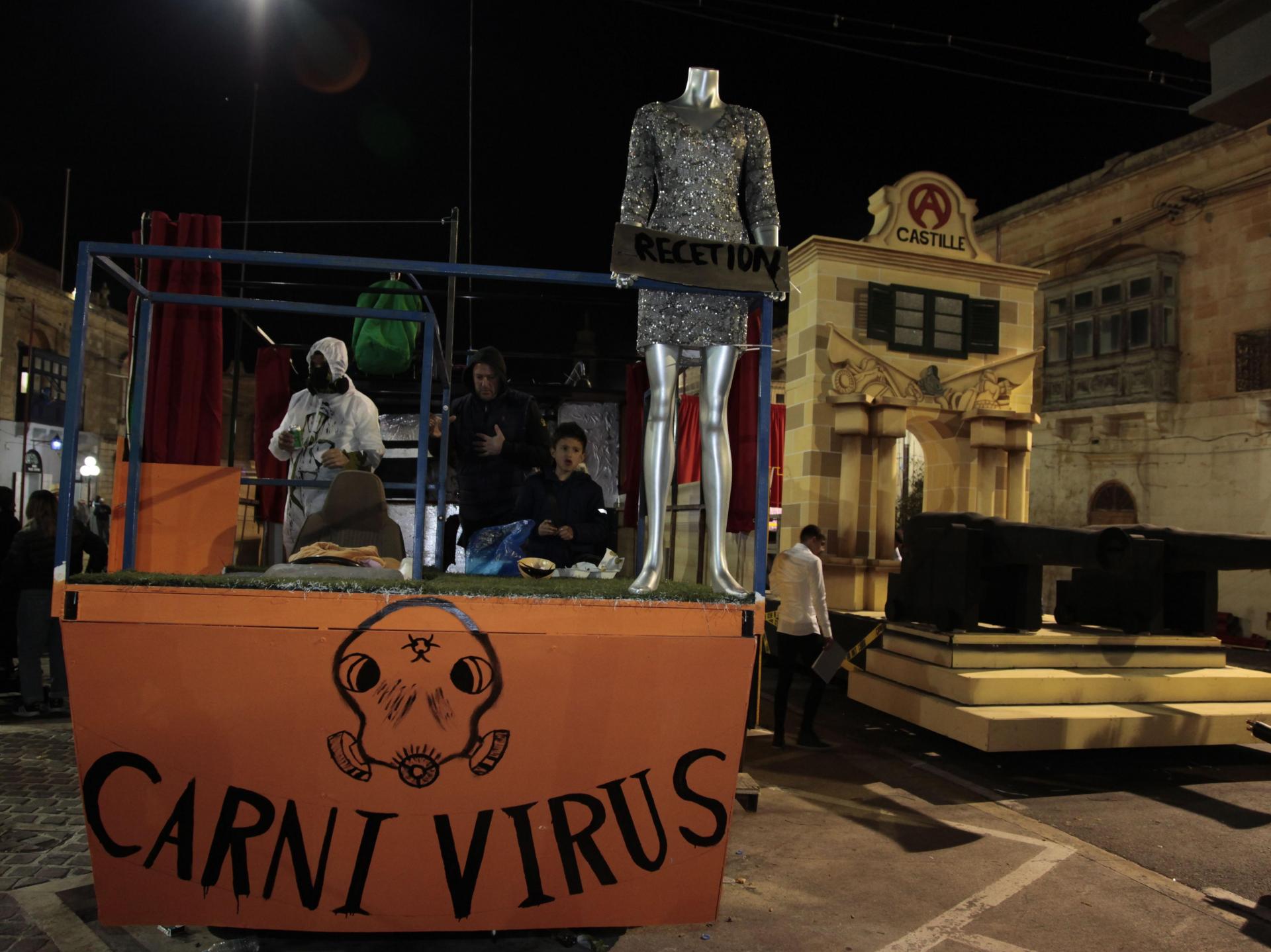 Another smallish float highlighted the coronavirus outbreak with a twist – the name becomes “Carni Virus”, and the reception is manned by a headless mannequin in short, tight glittery dress.

Yet the single item that encapsulated last year’s political turmoil was an all-encompassing mural that occupied the backside of a float of Castille, complete with two black cannons in front and the baroque columns and pediment. 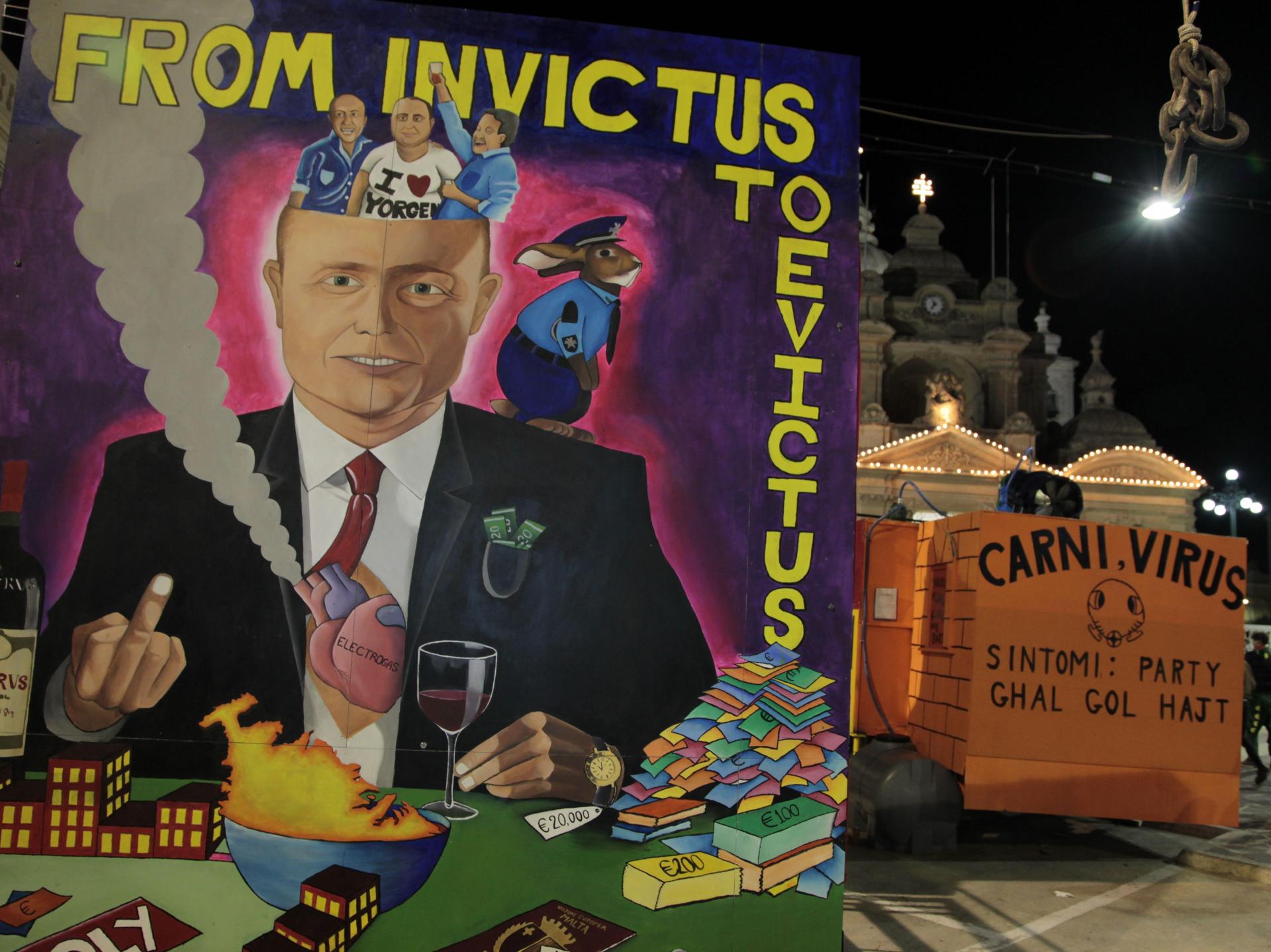 In the large mural, former Prime Minister Joseph Muscat is surrounded by all the elements that dogged the last weeks of his premiership: wads of money, a bottle of expensive wine, a €20,000 watch, a Maltese passport with a “for sale” tag, a heart emblazoned with Electrogas pumping black smoke, and a running rabbit dressed in a police uniform on his shoulder – a comical throwback to the night a story on Egrant by the late Daphne Caruana Galazia electrified the country, and the police commissioner at the time was found eating rabbit with colleagues.

“From invictus to evictus,” the legend of the mural goes. 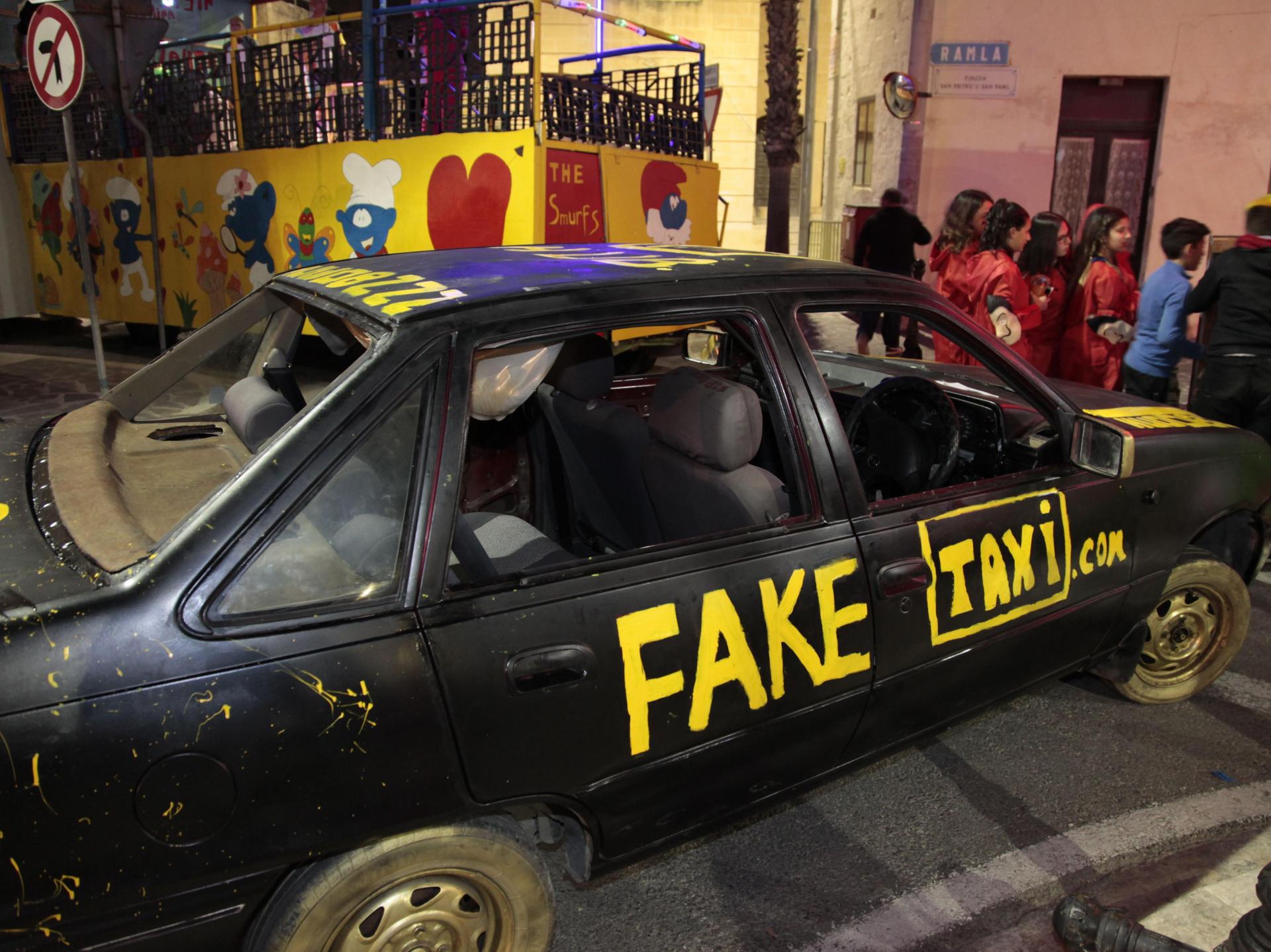 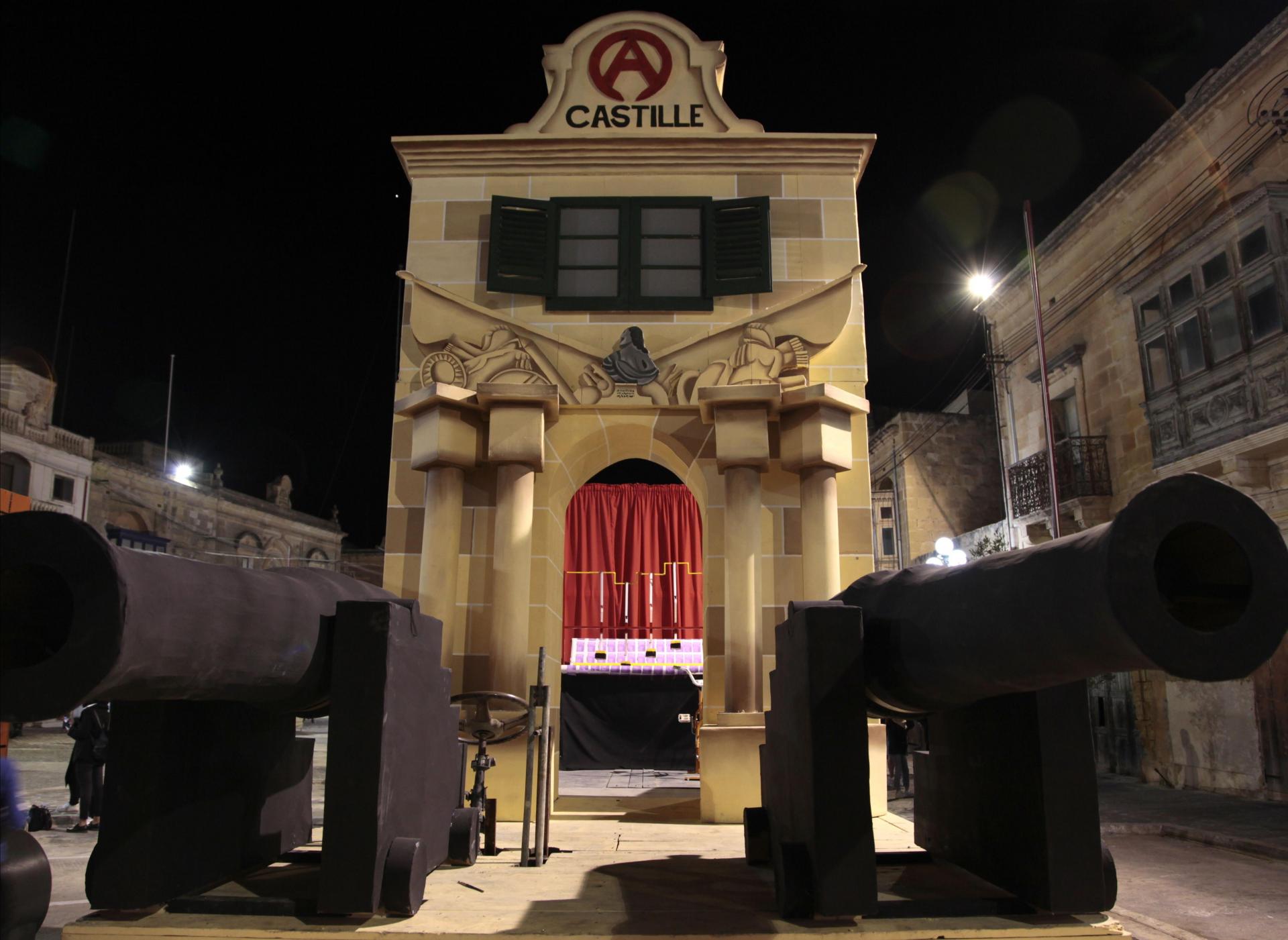 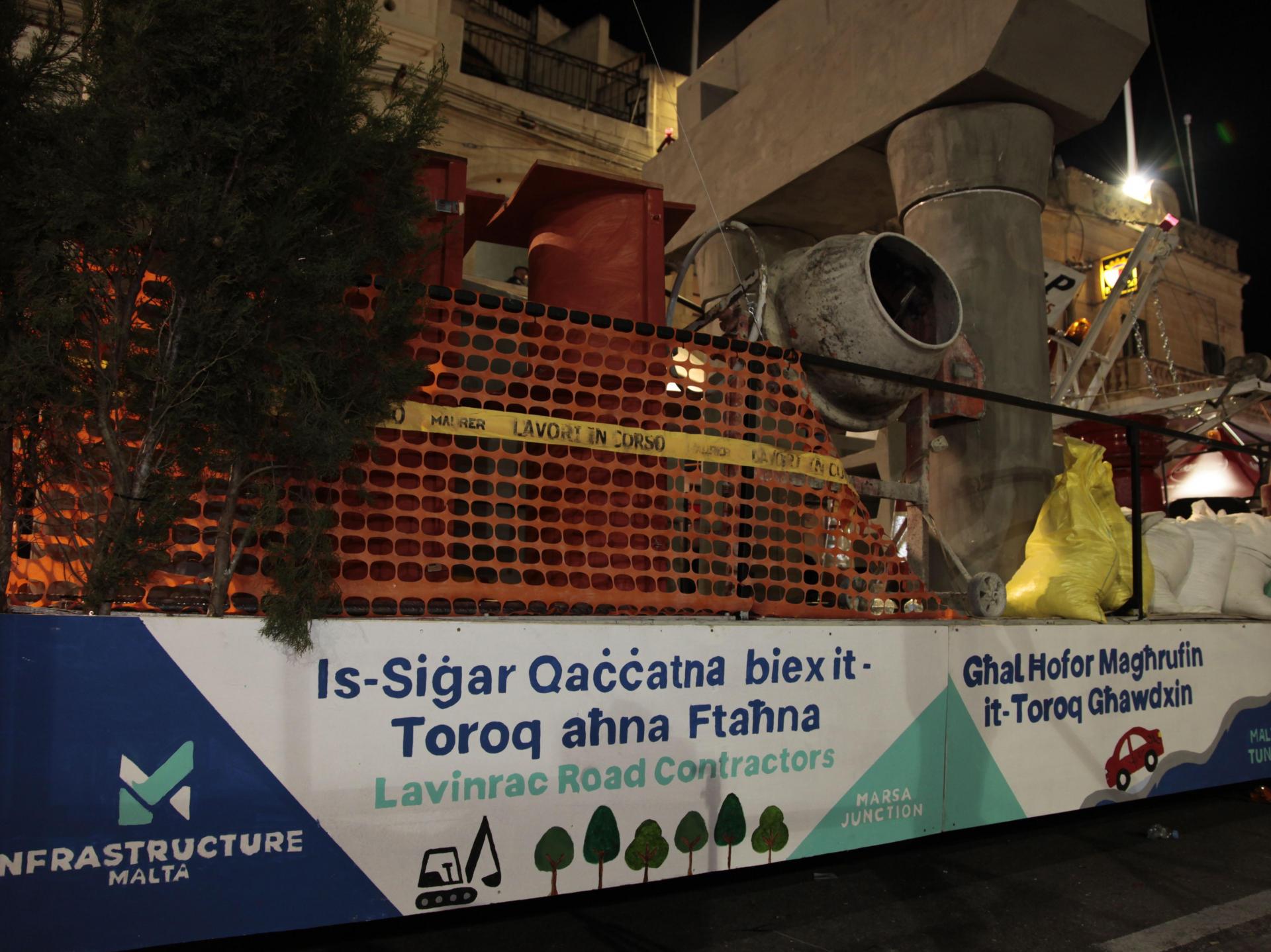 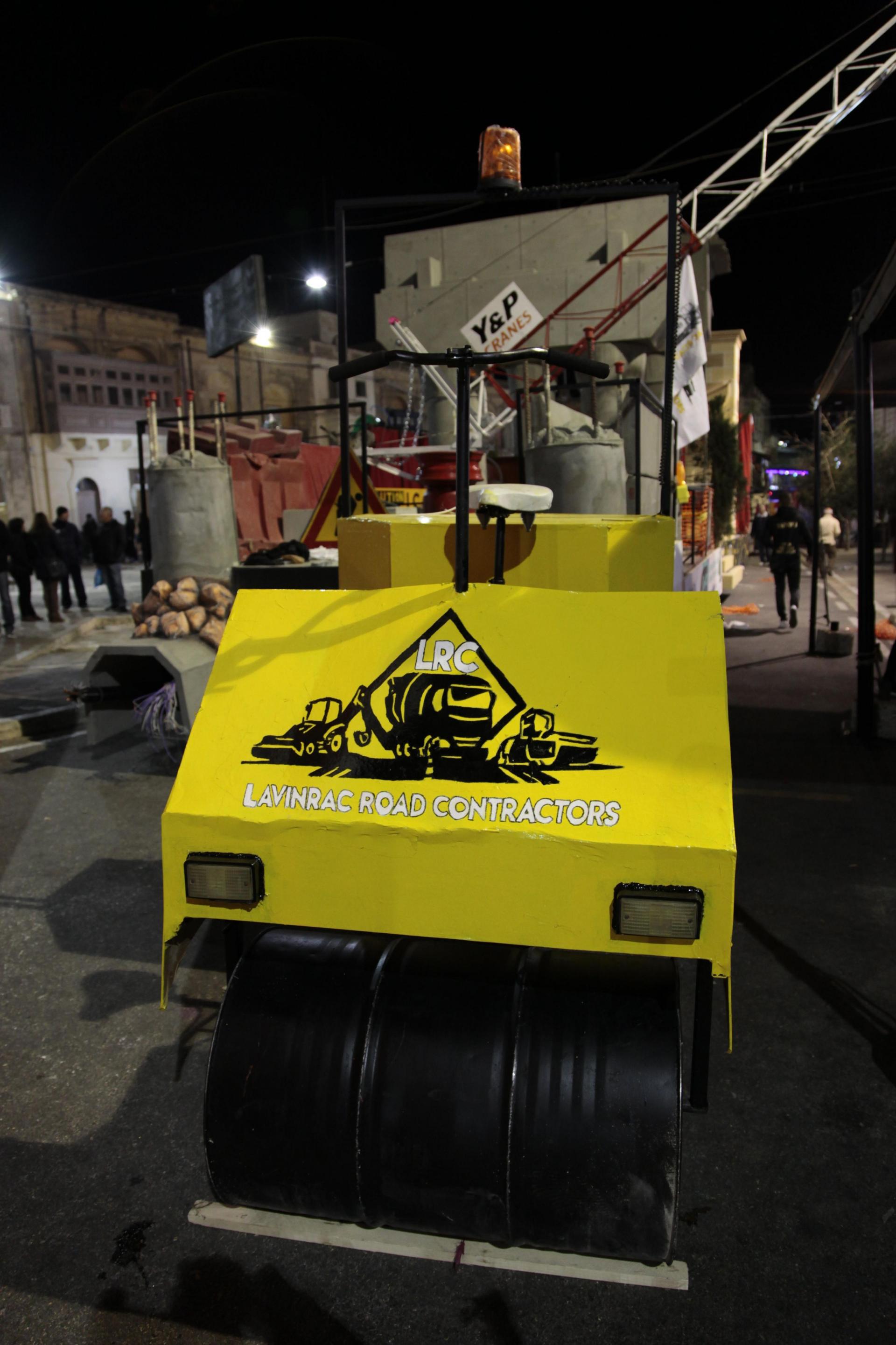