It is not hard to understand the rationale behind the Farsons Group’s decision to hive off its property to another public company. Perhaps one of the things that might be overlooked, however, are the ties that the founding families still have to the building and its surroundings.

“We – myself and the board – have strong emotional ties to the original brewery built in the late 1940s– and not just because my father built it. When I started working here, there were no other buildings either in front or behind us!” group chairman Louis Farrugia said.

In the late 1970s and early 1980s, the group bought most of the land to the south and eventually decided to rethink the production site.

“The plant and machinery layout in the 1950s were set in a linear mode, starting with the empty warehouse to the west side of the building; the production area occupied the centre of the building and the full product warehouse to the east side. In the late 1980s, we commenced a renewal programme with a new fermentation block development that took place to the south of the main building,” he said.

Eventually, the time came to find a new use for the original building, and the board did not take their responsibility lightly.

The targets are ambitious: exports currently represent about 10 per cent of the brewery turnover and the group’s aim is to treble this within five years

“It is an inspired place of art deco architecture we are justifiably proud of. We have always recognised its architectural importance and we always knew that we would be challenged to find a use for an asset like this. Knocking it down was obviously never an option and in 2011, quite understandably, Mepa scheduled the façade and old brewhouse,” he said.

The group first looked at what other retired breweries in town centres abroad had done. It then launched an international competition for design ideas from architectural firms based on using the building and space in a commercial role – anticipating the growth of the services.

“We attracted some very-well- known international firms. Finally we awarded the work to Ian Ritchie, who is a very-well-known UK based architect with an outstandinginternational reputation,” Mr Farrugia said.

The business park stretching along the main road represents a €42 million investment, and will result in seven blocks of five storeys each, with six gardens in between, retaining the impressive facade.

The net result will be 18,000 sq.m. of office space, with a mixed use area, food and beverage outlets, offices, a ‘sky bar’ and a visitors’ attraction – not to mention over 700 car parking spaces. The group also intends to create a green building, maximising the possibilities of using natural ventilation.

There are two important aspects to the development: the group will be looking at various financing options, as well as the spin-off to another ‘plc’; and its role in the context of Mrieħel.

The spin-off of this project and other property assets into a separate ‘plc’ is scheduled to take place around June 2017 and the shareholders will receive the equivalent number of shares in the new entity that they own in SFC plc. It will be up to them whether they retain or sell them. The group is also considering a rights issue as well as other methods of funding.

Mr Farrugia explained the rationale behind the spin-off: “It is difficult to manage a board of directors responsible for two diverse businesses such as our food and beverage sector and the management and development of a property portfolio without losing focus on some essential aspects of each of the business sectors.

“So we decided to create a separate and dedicated ‘plc’ to look at this development and other property assets, with its own focused board to administer these important assets. It is interesting and exciting and could also be rewarding for our current shareholders.

“We could also be considering an international partner with experience in property development who would be interested not just in this development but possibly others too,” Mr Farrugia said.

“We have been accustomed to think in litres and not square meters so we may indeed need to look for these skills.”

Mr Farrugia also wants to boost the Mrieħel context: over the past 40 years that he has worked in the area he has seen its transformation from an industrial area to a commercial area. 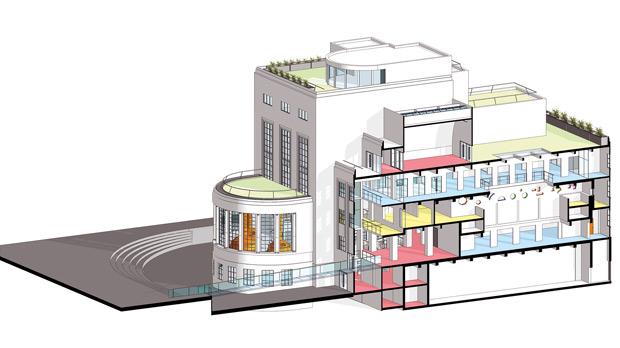 Architect’s plan and details in colour.

“Well-known firms have been voting with their feet and have moved here, as they find it very central. But a workable, long-term master plan for the Mrieħel area is important if we wish to encourage future investment in the area. If businesses want to attract the best employees, the environment in which they work is an important consideration.

“We have been lobbying the authorities to work towards this and have presented some ideas to Mepa,” he said.

Can commercial and industrial activities coexist comfortably? He certainly thinks so. After all, Farsons itself will have a new beer packaging facility linking to the production facilities built in the last 10 years.

The new beer packaging facility is the latest in a string of investment decisions prompted by Malta’s EU accession. Mr Farrugia believes that these decisions were the right ones.

“It is clear that our Farsons beers have fared well despite the intense competition, so much so that we are now embarking on this important investment in the packaging hall, taking the bold step of promoting our brands internationally.

“One can already discover Cisk and other Farsons beers in parts of Rome and Milan but with this new facility we aim to make our produce more attractive to other foreign markets,” he said. 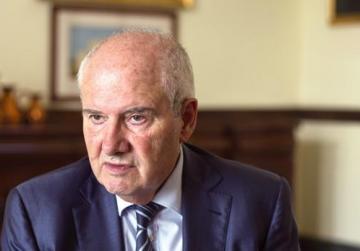 The targets are ambitious: exports currently represent about 10 per cent of the brewery turnover and the group’s aim is to treble this within five years.

“Through this investment, we feel better placed to take up the challenge. We are a Maltese owned and managed industry and our aim is to establish Maltese brands on the international scene. Not so long ago, people would not have given us a chance but we believe in the quality of the products we can offer other markets.” However, competing from a base in Malta has obvious disadvantages, he said.

We are always open to new business ideas

“We have to cross the sea to penetrate other markets. We know that cargo handling charges are high due to dated and costly practices. It has been an issue for as long as I can remember.

“Ironically, shipping costs to sell our product in China are almost the same as it costs to send them to Sicily given the fact that containers to China tend to return there empty,” he lamented.

Competition has affected not only the local production but also the group’s imports. The chairman believes that the playing field is not quite level – with illicit cross-border trade where taxes like excise tax, eco-tax and VAT were not being paid. The situation, at least for wine, has been improved through the imposition of the highly-visible banderols.

“There have been some other government initiatives to control abuse on other beverages too but the authorities can never rest assured that such abuse will abate,” he admitted.

EU accession had also prompted the group to go into food distribution, he said.

“We wanted to ensure that we would not just defend our market share of beverages in an open market but could also look at where else we could participate, given our distribution network and marketing skills.

“As a board we had to get to know this business. Obviously, our chief executive officer, Norman Aquilina, came from this sector and knows it well.”

The group represent some well-known brands such as Walkers, Tropicana, Quaker Oats and Danone – but it recently lost representation of a number of well-known brands when a multinational consolidated its portfolio with another local group.

“Obviously when one suffers a setback, one moves on within the realities of the market. So when the right opportunity arises, one has to take it,” he shrugged.

Food Chain Holdings has also been seeing changes to the market – although in this case driven by social changes. With more and more home delivery services introduced and the first drive-through opened by the subsidiary, it seems our lifestyles are now so busy that we don’t even have time for fast food.

But fast food brands are also under pressure to offer healthier options.

“Fast food brands will need to take stock of society’s concerns. They will, I believe, respond in time – just as we did with Kinnie Vita, which has half the sugar content and no artificial sweeteners,” he said.

FCH has runs the Burger King, Pizza Hut and KFC franchises for a while. Is it looking for other franchises?

“We are always open to new business ideas,” he said. “We went through some organisational issues but now that we have sorted them out, we are expanding again.”

The nature of the group’s business means it does business with hundreds of outlets, and he sees the accumulated impairments of €2.5 million to be a fairly prudent provision, given the group debtor total of €25-30 million.

It went up by €425,000 in 2014 because of the collapse of More Supermarkets. The Malta Association of Credit Management is asking for changes to the law to tighten up the appointment of directors and the monitoring of companies that have red flags: Mr Farrugia said that this was something he would definitely support.

“I think when you become the director of a public-interest entity, there are codes and principles that you need to conform to,” he said.

“We will never be able to stamp out fraud completely... However, both More Supermarkets and Price Club were a wake-up call for the private sector and businesses in general: that forming a company and being a director comes with responsibilities,” he said.

However, he is clearly aggrieved that the Price Club case fizzled out so unsatisfactorily: the Appeals Court decided in 2010 that the three directors of the bankrupt supermarket chain were personally liable for the debts incurred.

“We took the time and effort to go to court over Price Club – when 200 creditors were defrauded of some €20 million. This was a civil action by private entities and the decision taken by the Court should have been followed up by a national investigation. In the UK, when a company is clearly not living up to its responsibilities, and not declaring that it cannot pay its creditors, normally there would be an investigation if fraud is suspected.”