With an incredibly powerful voice and songs that dig deep into the soul, Maltese London-based singer Isabelle Luca Borg, otherwise known as Żabel, is ready to take the popular music scene by storm with her new single I’ll Have You Remember. The dramatic music video which accompanies the single is an official selection of the London Music Video Festival 2020. Here she talks to Ġorġ Mallia to share her story.

You are a London-based Maltese singer who performs using the name Żabel. What can you tell us about yourself and your music?

I am very tenacious. In the Music Industry, the best singer/performer doesn’t win, but the one who is the most driven, sometimes does. I have always had this fire in my soul and have been fiercely unapologetic about pursuing my dreams, despite all the obstacles and nay-sayers.

I combine different influences and genres in my music to create something bigger that distinguishes me from the abundance of solo female pop singers in the industry today. My mission is to make an impact. Something that says “Żabel was here”.

You have an incredibly powerful voice that feels right at home with both low and high notes. How have you trained to achieve this level of voice stability?

I attribute this mainly to my influences growing up – church music, rock and pop. Music is all about the feeling, connection and familiarity. I sing to serve the song and not the other way round. It is the song that tells me what it wants from me.

I also had some amazing teachers both in Malta and in London, who were backing singers and vocal coaches of international artists and bands. I have also learnt a lot from my peers, how to work on difficult areas of the voice which demand more effort. My music allows me to showcase all these different areas of my range and performance ability.

Your latest single I’ll Have You Remember was released in March of this year, and was described by the prestigious MNGR website as an “autobiographical piece that deals with the struggles of fighting against the odds and maintaining perseverance in the face of adversity.” Can you tell us about it?

I’ll Have You Remember is my baby. It is the most autobiographical song I will ever write and I cherish it. This song was a true labour of pure love that took two years to finalise.

I’ll Have You Remember is my baby. It is the most autobiographical song I will ever write and I cherish it

The lyrics came from a place of anger and perseverance. At the time of writing, I had come to terms with the fact that someone had stolen a song from me and there was nothing I could do about it. The chorus “I’ll have you remember” starts quietly and gets stronger throughout the song. I also had to dig deep to find myself again, “Watch me glide, Queen Mother of the Seas” – taking my time, claiming my space, reclaiming my voice. The song was produced by Adriano Desire.

The very dramatic music video that accompanies the single is an official selection of the London Music Video Festival 2020. Which is a massive honour. Tell us about the video.

The video was shot by the talented Timothy Houle here in London. A running theme through my music is the fight between light and darkness and, in the first half of the video, I show myself as feminine, slightly vulnerable, strong and in control. The second half of the video is moodier with a definite defiant vibe thrown in.

Being part of the official selection of the 2020 London Music Video Festival is a massive honour and one that I think is very well deserved with this video. It is cinematic ‒ the way it was shot, the final edit ‒ giving it that nostalgic but modern feel. A lot of dedication went into the making of this song and involved a lot of people. The conditions were strenuous, but to have achieved our goal with something that worked out so beautifully gives me great satisfaction and I will be eternally grateful to all those who helped make it a reality. 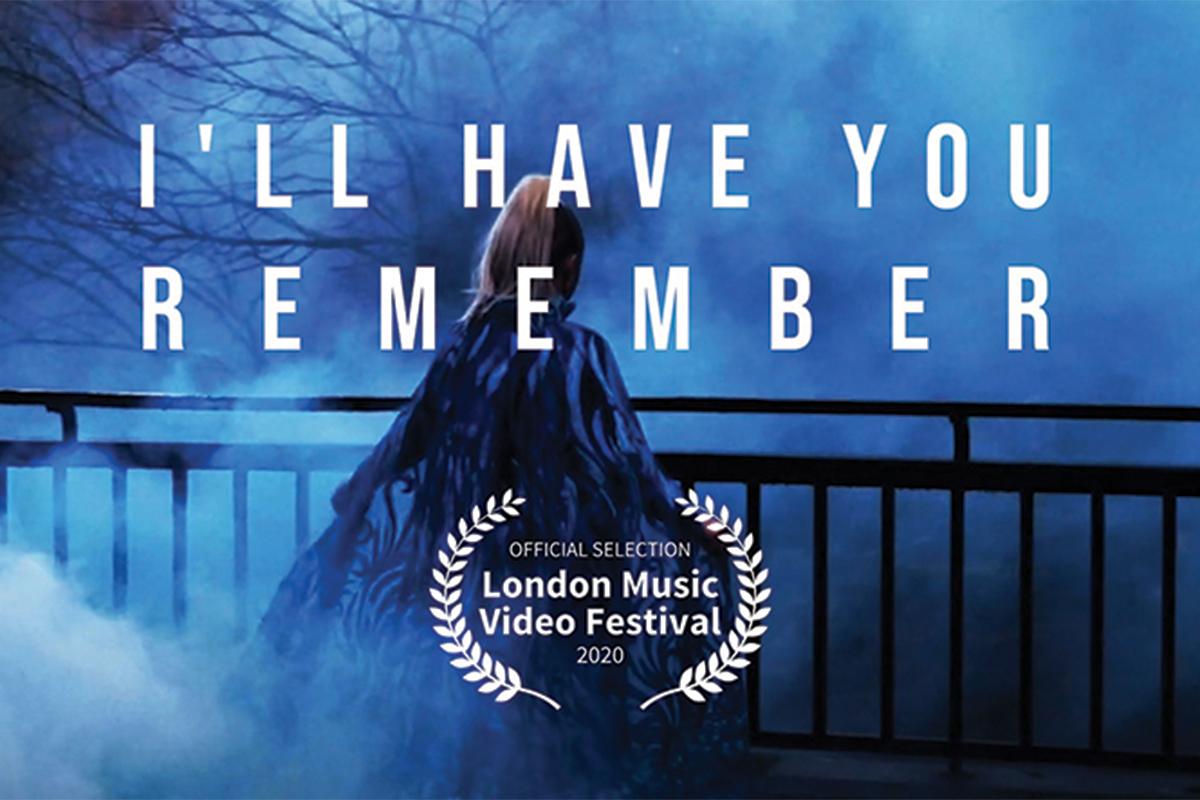 What does music mean to Żabel?

I know this sounds cliché and cheesy but music is life. If you think about it, it is all around us ‒ from the singing of birds to the revving of an engine, to the rhythmic clicks of the indicator in your car. During this pandemic, we have had to rely on art to get us through days that all seem to melt into each other. Maybe us creators will be more valued going forward.

Your next single is called Biblical and will be released later on this year (COVID-19 allowing). Is it similar to I’ll Have you Remember in tone and content?

In Biblical, the ‘Queen’ is darker. It is a song about music and how she treats me. Pulls me in and pushes me out, makes me want her, uses me and then deserts me. It depicts music as this all-controlling and all-consuming Goddess that takes over my life. Musically, it has a similar kind of tone with more of a ‘big beat’ sound. However, it is less feminine and more violent than I’ll Have You Remember.

What are your ambitions for yourself as an artist, and does Malta fit into your plans?

The pandemic has halted the three or four songs we had intended to release. All my gigs have been postponed to August or later and I am itching to play again with my talented band members Amelie (drums), Eli (bass), Evin (guitars) and Ava (keys & BVs). I am grateful to and for them every single day.

I will always make my music available to Maltese Radio and TV stations and I would love to play a gig there at some point in the near future. I think it will be quite different to what the Maltese public is used to. Malta is and forever will be loved and home. I am Maltese and I say this with the utmost pride.

The video of I’ll Have You Remember can be viewed on the following link: https://www.youtube.com/watch?v=YhHAqtI2D3Y