An ideological battle is being waged over Cuba's communist government between musicians in Havana and Miami, with political slogans set to reggaeton, salsa and rap.

The latest volley will be fired on Sunday when hip hop duo Gente de Zona will perform, live for the first time, their YouTube hit Patria y Vida in Miami.

The title of the track – a collaboration with other Cuban artists based in Florida and at home – translates as "Fatherland and Life," a spin on the slogan Patria o Muerte (Fatherland or Death) coined by the late communist leader Fidel Castro in 1960.

The tune is a no-holds-barred critique of the island's six-decade-old communist government, rattling off a long list of grievances about poverty, repression and misrule.

"It is over," declare the singers. "We are not afraid."

It is this song, recorded in Havana and Miami and launched online on February 16, that unleashed the battle of song.

Cuban state television declared it a "campaign against Cuba" and soon started hosting its own pro-government musical fare.

Florida, home to the largest group of Cubans living abroad, is across the ocean just 145 kilometres from Cuba.

"Patria y Vida came about because Cuba is in a critical moment," Randy Malcolm of Gente de Zona told AFP.

Malcolm and his singing partner Alexander Delgado have come under pressure from other exiles in their adopted Miami to use their public profile to speak out against the Cuban government.

And speak out they do. 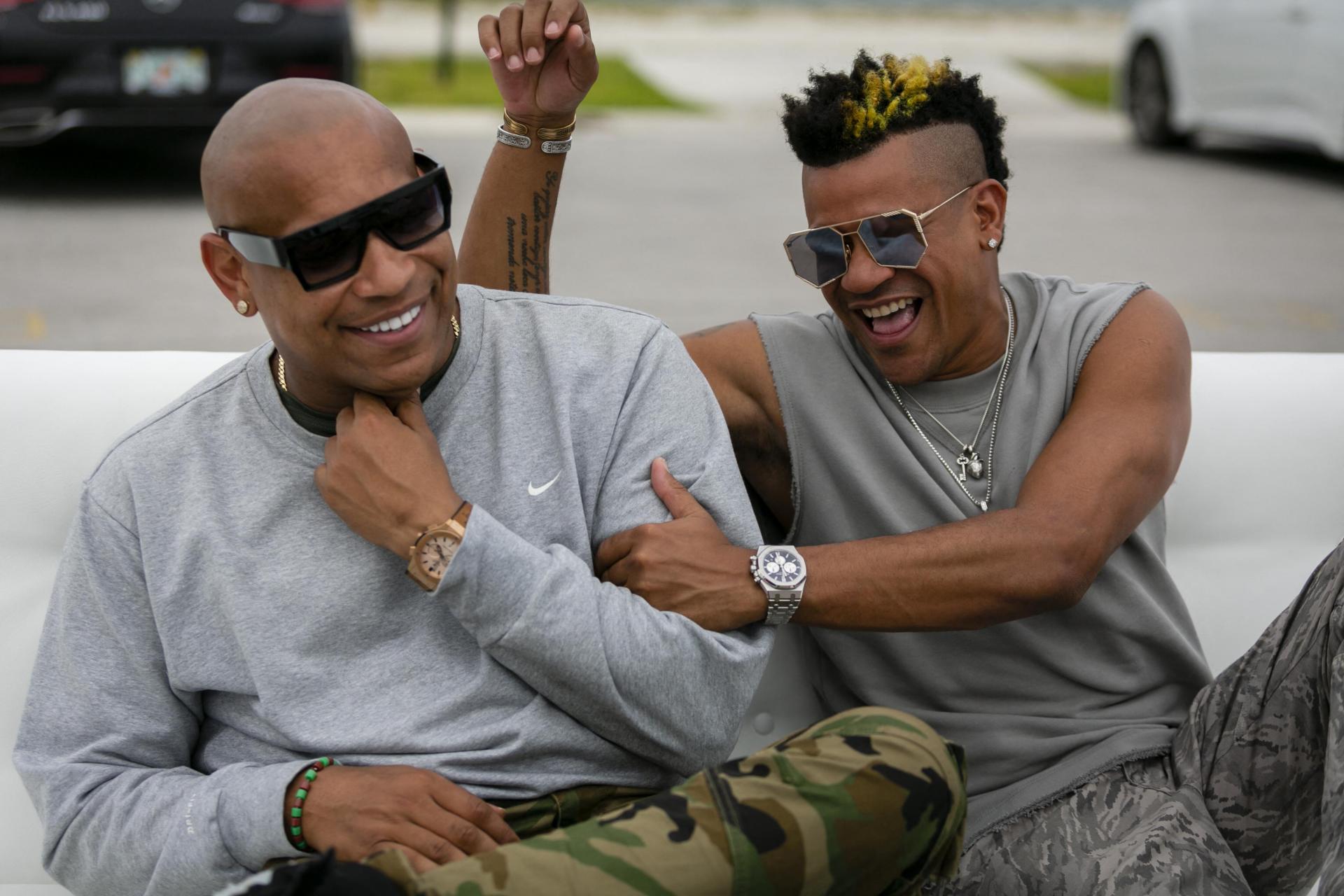 "There is repression like never before. There is no freedom of expression. Human rights are not respected," said Malcolm.

"Many people who are here (in Florida) fighting the dictatorship have never done so before. We, too, didn't have the courage" until now, said Malcolm, who left Cuba for the United States in 2013.

But the fear that Cubans have "is disappearing bit by bit".

Back home the Cuban government launched a musical counter-assault.

To salsa vibes, a quintet prances in front of a Cuban flag and in song accuse the makers of Patria y Vida of being paid to "lick the arrogance of the empire" – meaning the United States.

US sanctions on the island were tightened under former president Donald Trump.

The quarrel continues, and just about every week a new song emerges on one or the other side of the Florida Straits.

In Miami, rapper El Micha released Cuba Cries Freedom, while in Havana youngsters dressed in police uniforms sing I won't sell myself for a car and a mansion.

Mixing politics and music is hardly new to Cuba.
In the cradle of rumba and kingdom of salsa, artists have often defended the revolution, and its leaders Fidel Castro and Che Guevara, in song.

Since the 19th century "a political point of view" has been present in Cuban music, said music historian Emir Garcia.

But he is not convinced that the recent explosion of hastily-made, tit-for-tat melodies will sway anyone new.

"In three months, it will be over. Even if there are 60 more songs, people will forget. People are not interested in this," he said.

'Strength of a country'

The heated musical war however shows the growing divide between Cubans and home and US-based exiles - forcing Cuban artists to pick a side, said Havana-based singer Israel Rojas.

His duo, Buena Fe, has released a song called The strength of a country – a tribute to Cuba's quest for a home-grown coronavirus vaccine.

"In times of radicalisation, looking away and sticking your head in the sand is truly a pity and sad, because you end up on the side of the aggressor" – the United States, Rojas told AFP.

Those criticising Cuban-based artists were doing so from an "erroneous reading of the cause of our poverty, from the comfort of a full refrigerator", he insisted, wearing a T-shirt proclaiming: "Proud to be Cuban".

"No one stops being Cuban... for having emigrated and having different opinions on the government," he told AFP in Miami.

"We (Cubans) have been super divided, and it is a catastrophe for the country, because a country so divided does not advance."