In the far north of the United Kingdom, where the wind blows and the sea rages, the islands of Orkney and Shetland have long relied on oil and gas for prosperity.

But as supplies dwindle and the fight against climate change becomes more urgent, the islands off the northeast coast of Scotland are increasingly turning to renewables.

Daniel Wise is head of offshore operations at Orbital Marine Power, a start-up that is testing its 02 tidal energy generator off Orkney. 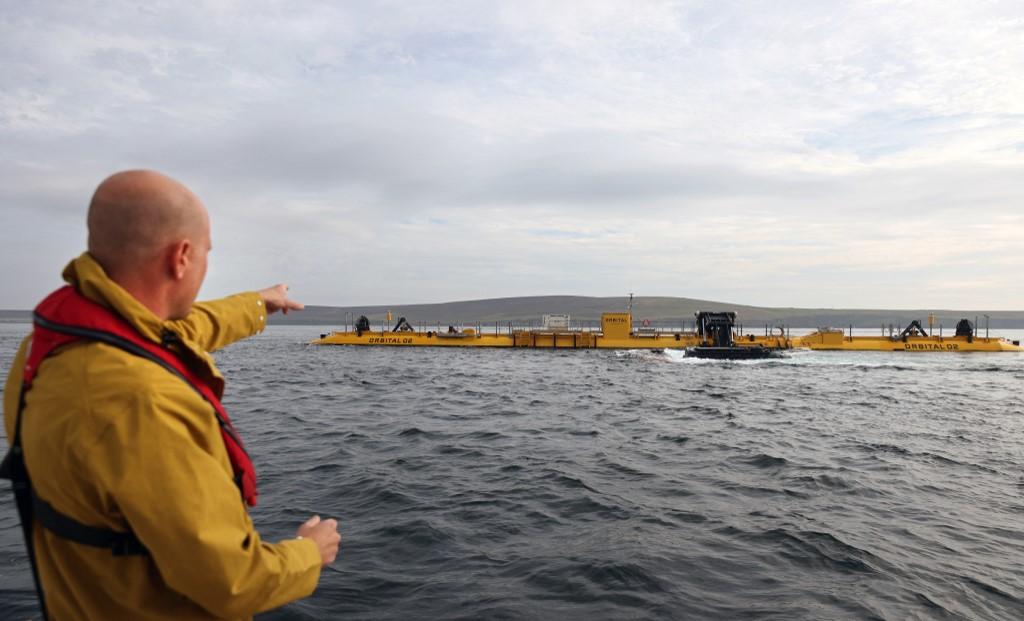 Daniel Wise, head of offshore operations at Orbital Marine Power, looks on at The O2 tidal turbine in the channel close to Eday, Orkney Islands.

The submerged propellers turn with the current, producing enough electricity to power some 2,000 homes.

“Half a billion tons of seawater moves per hour on this site, so it’s very good for testing these turbines,” Wise told AFP.

On Orkney and Shetland, which are nearer to Norway than London, giant standing stones are a visual reminder of the ancient Neolithic past.

“And we have lots of test sites and various different companies that are all working together... in this sort of green economy that we’ve got going on.”

EMEC itself produces “green” hydrogen from renewable sources via a tidal turbine and electrolysis using seawater from Eday, one of Orkney’s 20 inhabited islands.

The hydrogen is pressurised and transported 26 kilometres south to the port of Kirkwall, where it is transformed into electricity to power the ferries at the quayside. 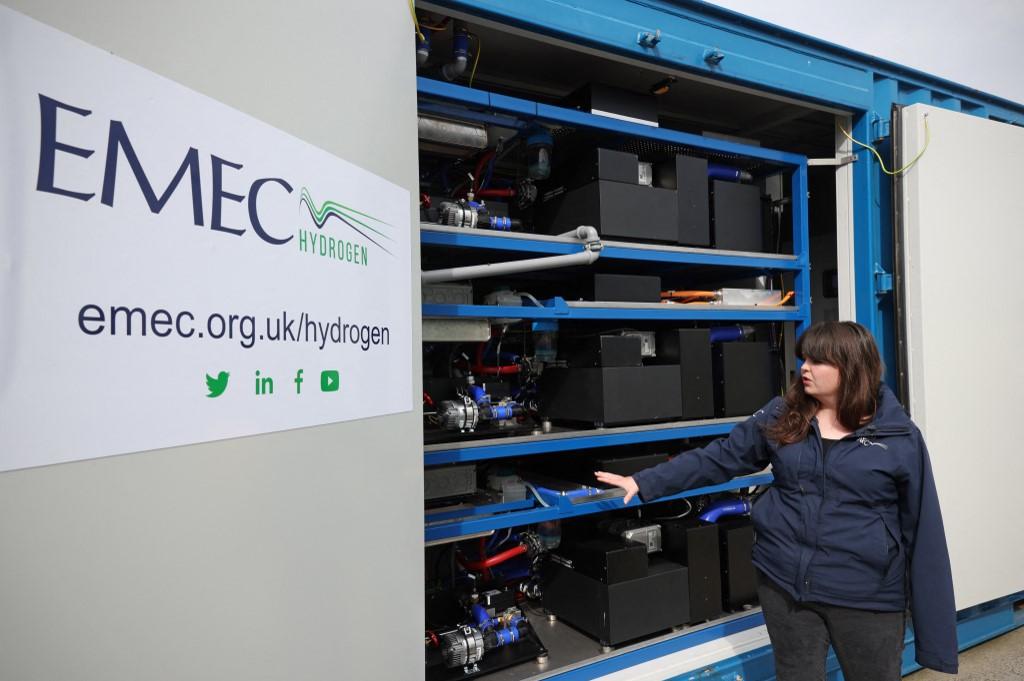 "On Orkney and Shetland, which are nearer to Norway than London, giant standing stones are a visual reminder of the ancient Neolithic past" 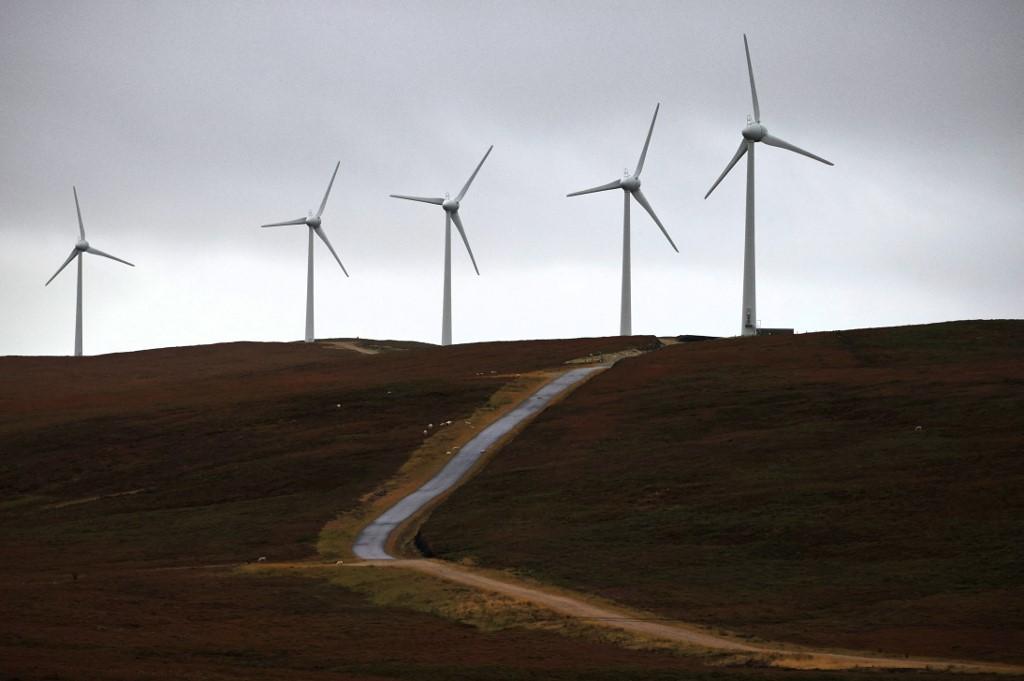 Wind turbines are seen on the Shetland Islands.

Given its plentiful natural resources from wind and waves, Orkney – home to some 22,000 people – produces more energy than it uses.

“Hydrogen is important because it’s another means of storing energy rather than using batteries or going straight to the electricity grid,” said Gibson.

EMEC is also testing wave energy generators in the laboratory, which is more complex to model than tidal energy.

On the island of Yell, some 100 miles northeast on the former Viking stronghold of Shetland, another company, Nova Innovation, is also betting on the ebb and flow of tides.

“The beauty of tidal energy is that it’s totally predictable,” said Tom Wills, offshore manager at the company.

“So I can tell you tomorrow or 2,000 years from now, how much tide is going to be flowing through that channel out there, our energy resources are not dependent on the weather.”

That predictability is crucial for the stability of energy supply as economies try to move away from high-polluting hydrocarbons.

Nova has set up a charging point in the village of Cullivoe on Yell for electric vehicles, powered by its underwater turbines.

Fiona Nicholson, who lives nearby, is a regular user.

“Where we live, we look out on the sea and we hear it every day and we know the power of it,” she said. 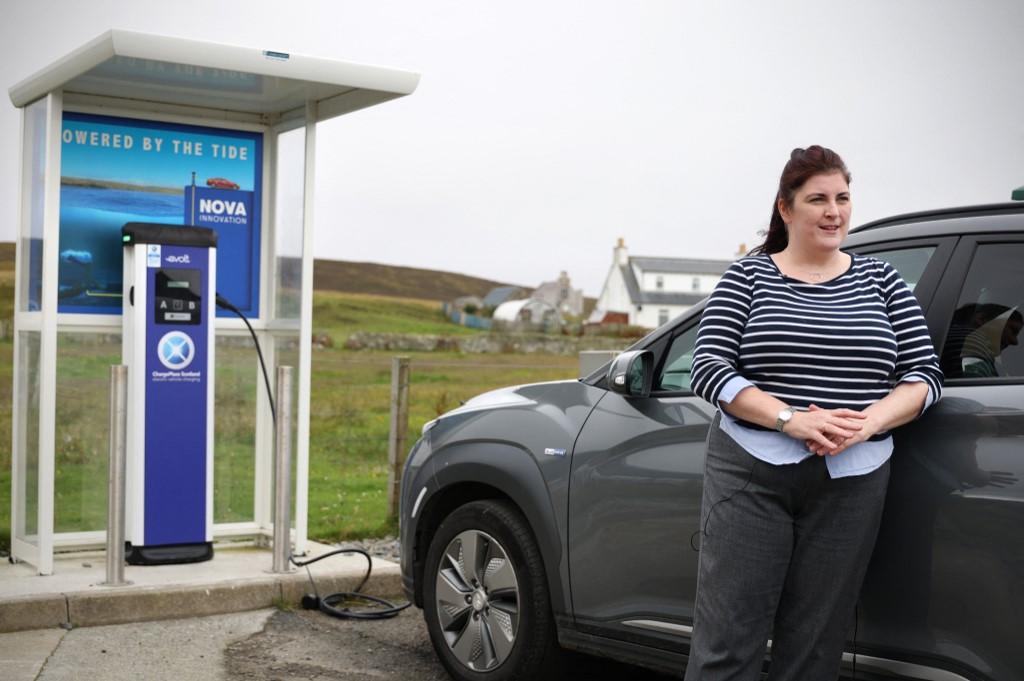 “So, it’s nice to be able to use it to charge the car for all my long commutes.”

The Sullom Voe oil terminal on the main island of Shetland is one of the largest in Europe. Locals acknowledge that North Sea drilling and infrastructure have brought benefits.

Revenue from the operations have funded roads, schools and sports centres, as well as supported thousands of jobs for the Shetlands’ nearly 23,000 inhabitants.

But equally, residents know time is running out and renewables offer a potential solution, even if some projects are contested. 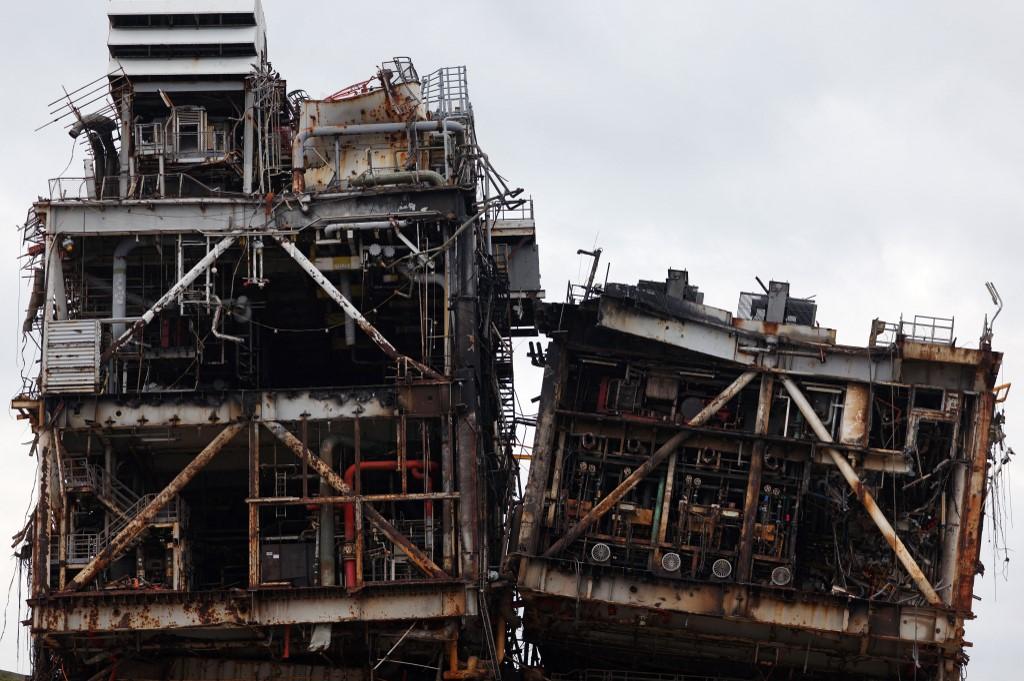 The Ninian North platform is decommissioned at Dales Voe in the Shetland Islands on September 8, 2021.

One such project is the giant Viking Wind Farm, a partnership between SSE Renewables and the Shetland authorities.

It is scheduled to come on stream in 2023 and will have 103 turbines generating enough low-carbon energy to power nearly 476,000 homes.

The project could save half a million tonnes of carbon dioxide emissions each year, the company says, and make Shetland a net exporter of electricity.

But many locals are critical and have fought a long legal battle against it since planning permission was first approved in 2012.

“If they had come originally with a reasonably sized wind farm, I don’t think anybody would have objected,” said Donnie Morrison, whose hillside home will soon be surrounded by roaring turbines. 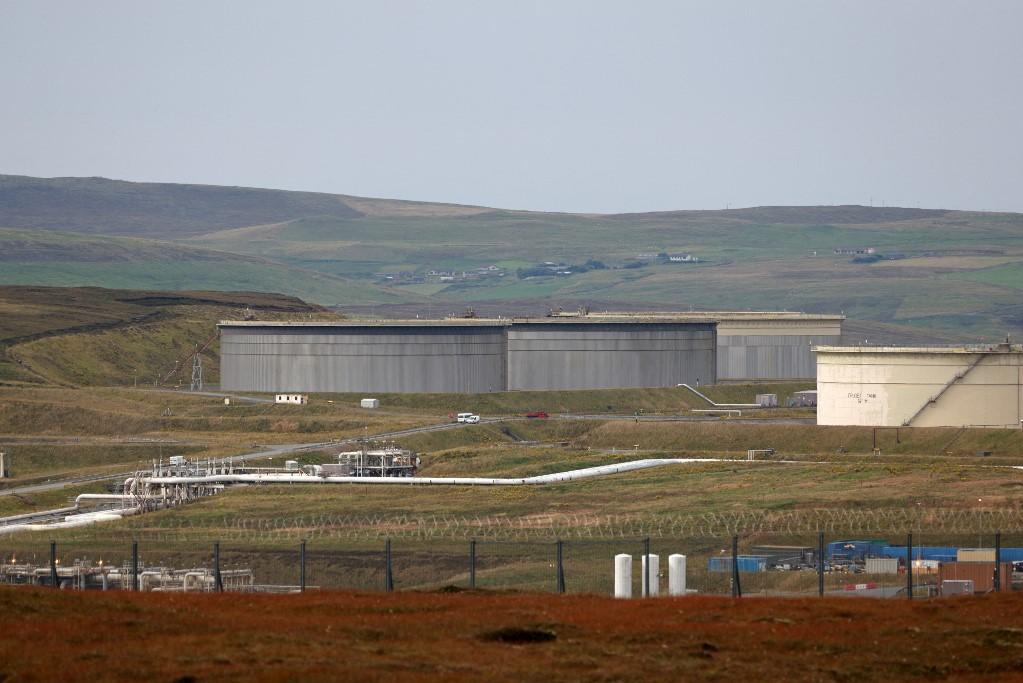 A general view of Sullom Voe Terminal, an oil and gas terminal in the Shetland Islands,

Laurie Goodlad, a tour guide, said the project would see the removal of hundreds of thousands of tons of peatland – a recognised carbon sink.

“They’re basically digging up the lungs of the planet,” she said.

Despite assurances that excavated peat will be reused, and no construction on pristine peat bogs, opponents even say Viking will be more environmentally destructive than the controversial drilling of new oil fields such as Cambo, northwest of Shetland.

“I see Cambo as less of a threat than what Viking Energy is,” said Goodlad.

“Cambo and Viking Energy, ultimately, are doing the same thing: they’re removing fossil fuels from the ground.”Residents also fear they will not benefit from electricity exports, despite assurances the community will receive dividends, as it does from oil. 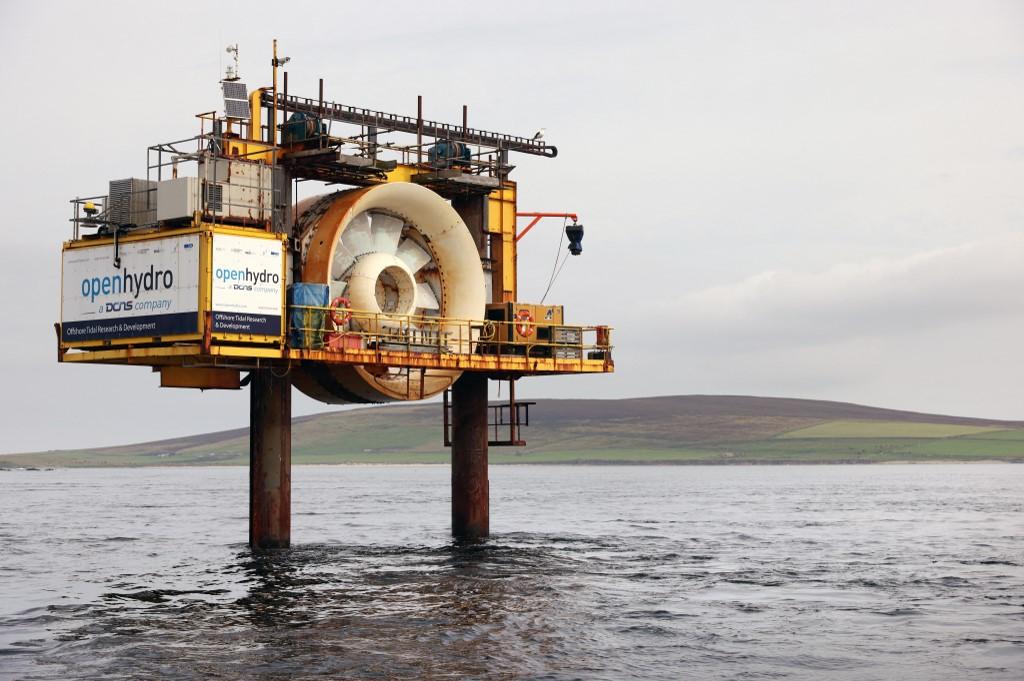 The Open Hydro tidal energy turbine is seen in the channel close to Eday, Orkney Islands.

“Obviously, developing an onshore wind farm can be quite disruptive to the island but the benefits seems to outweigh the costs,” he said. 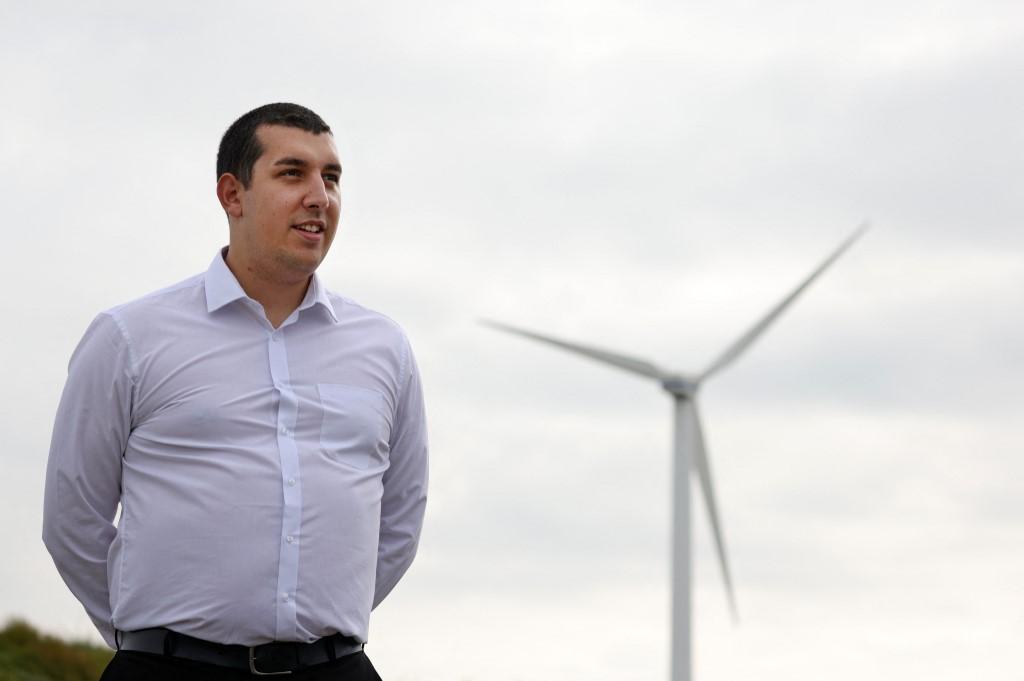 Another issue, trade unions say, is a lack of employment prospects, with the thousands of well-paid oil jobs unlikely to be all replaced by renewables.

Viking Energy says about 140 people will be needed to work on the project and some 35 permanent jobs will be created, but unions say that is not enough.

At the same time, not switching to renewables would cause its own problems, said Najduch.

“Oil and gas could last in Shetland until roughly 2050,” he said. “If we don’t develop it (renewables), we’ll rely more on imports.” 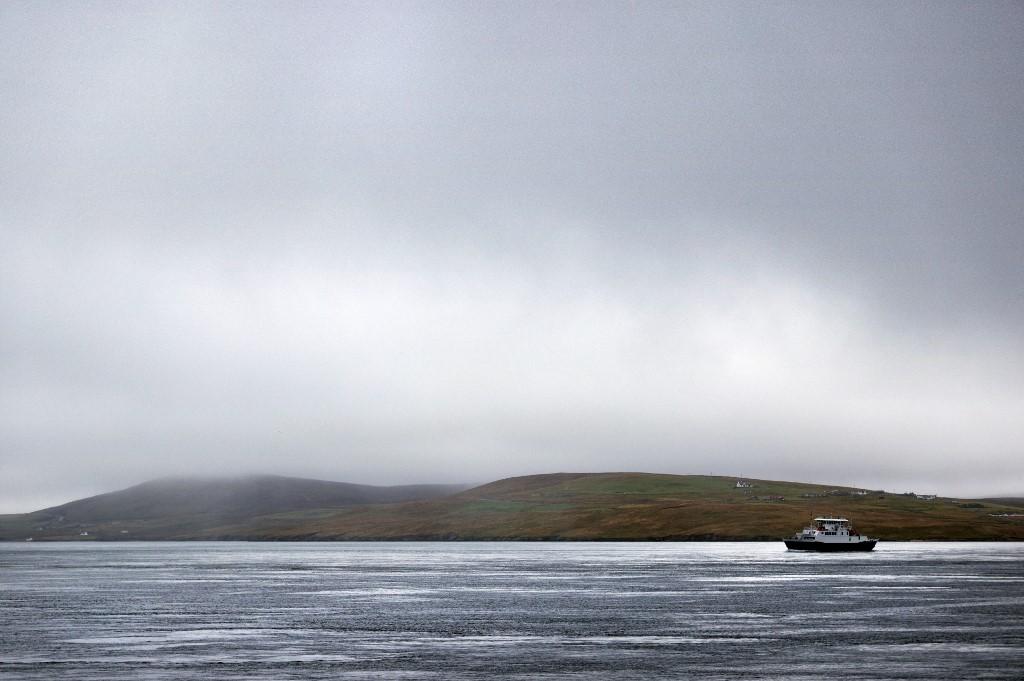 A boat is seen close to the Shetland Islands.