Tokyo tattoo artist Ichi Hatano's usual business has dwindled during the pandemic, but now he's keen to mine a new stream of income at Japan's first crypto art exhibition.

Hatano's ink featuring Japanese folk creatures was especially popular with foreign visitors until Japan closed its borders to tourists due to COVID-19.

Hatano has now gone digital, selling his designs as non-fungible tokens (NFTs), virtual objects that have taken the art world by storm.

"It's great for artists to have a new market, it opens a lot of possibilities," said the 44-year-old, who has five digital artworks on sale at the show, which opened last weekend in Tokyo.

Using the same blockchain technology behind cryptocurrencies, NFTs transform anything from illustrations to memes into virtual collectors' items that cannot be duplicated. 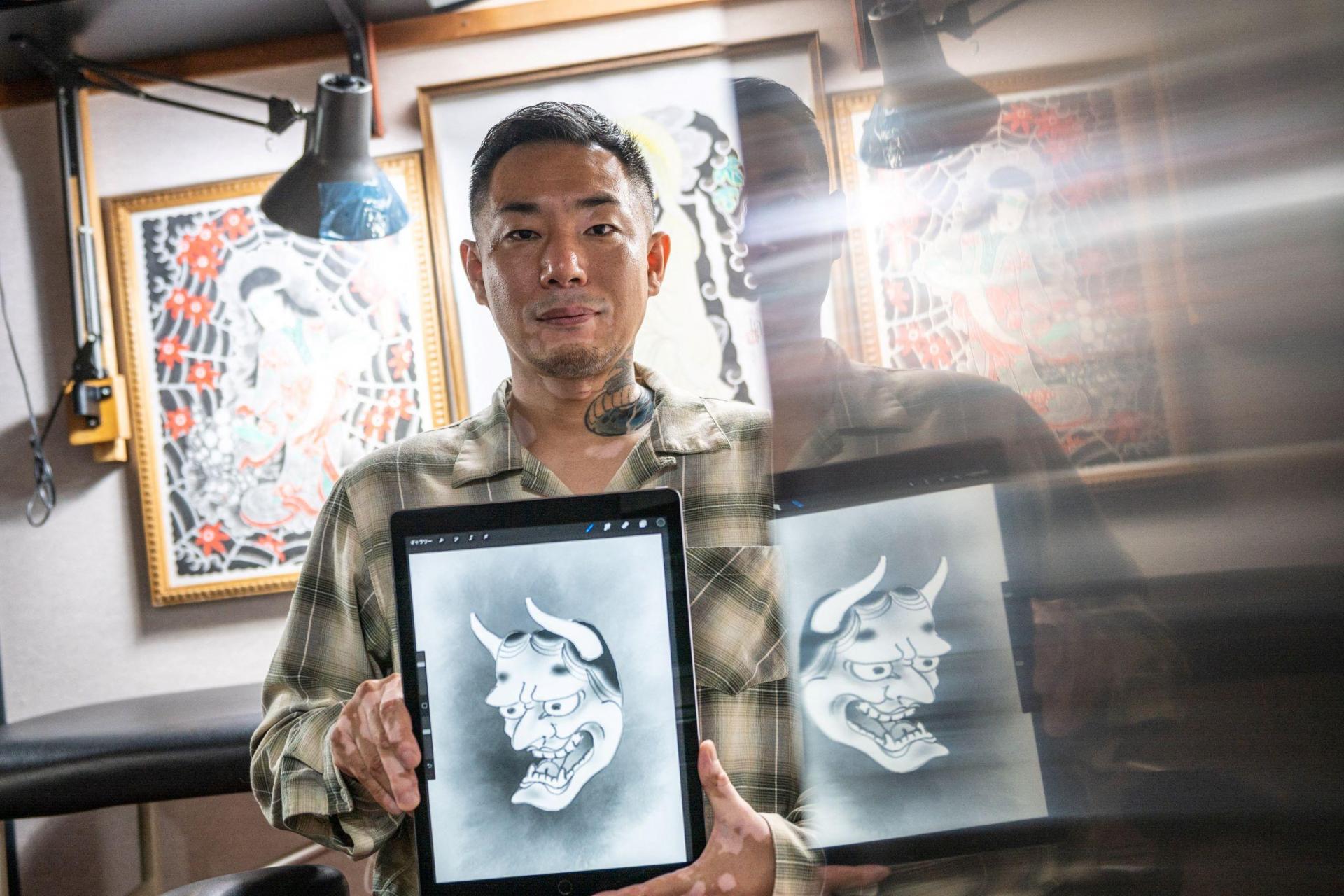 They rocketed into the mainstream this year and are now traded at major auction houses, generating several hundred million dollars in transactions every month.

Despite swapping his familiar canvas of human skin for pixels, Hatano said the creative process is the same.

"This is the emergence of a new economy, a new way to value art," he told AFP, saying he hoped the technology would allow creators like him to reach a wider public.

His work is among 150 NFTs from several dozen artists on display at the CrypTokyo exhibition in the Japanese capital's trendy Harajuku district.

Screens on the walls show a rotating selection of the works, whose NFTs can be bought online with the Dai and Ethereum cryptocurrencies for amounts ranging from a few hundred dollars up to around $50,000. 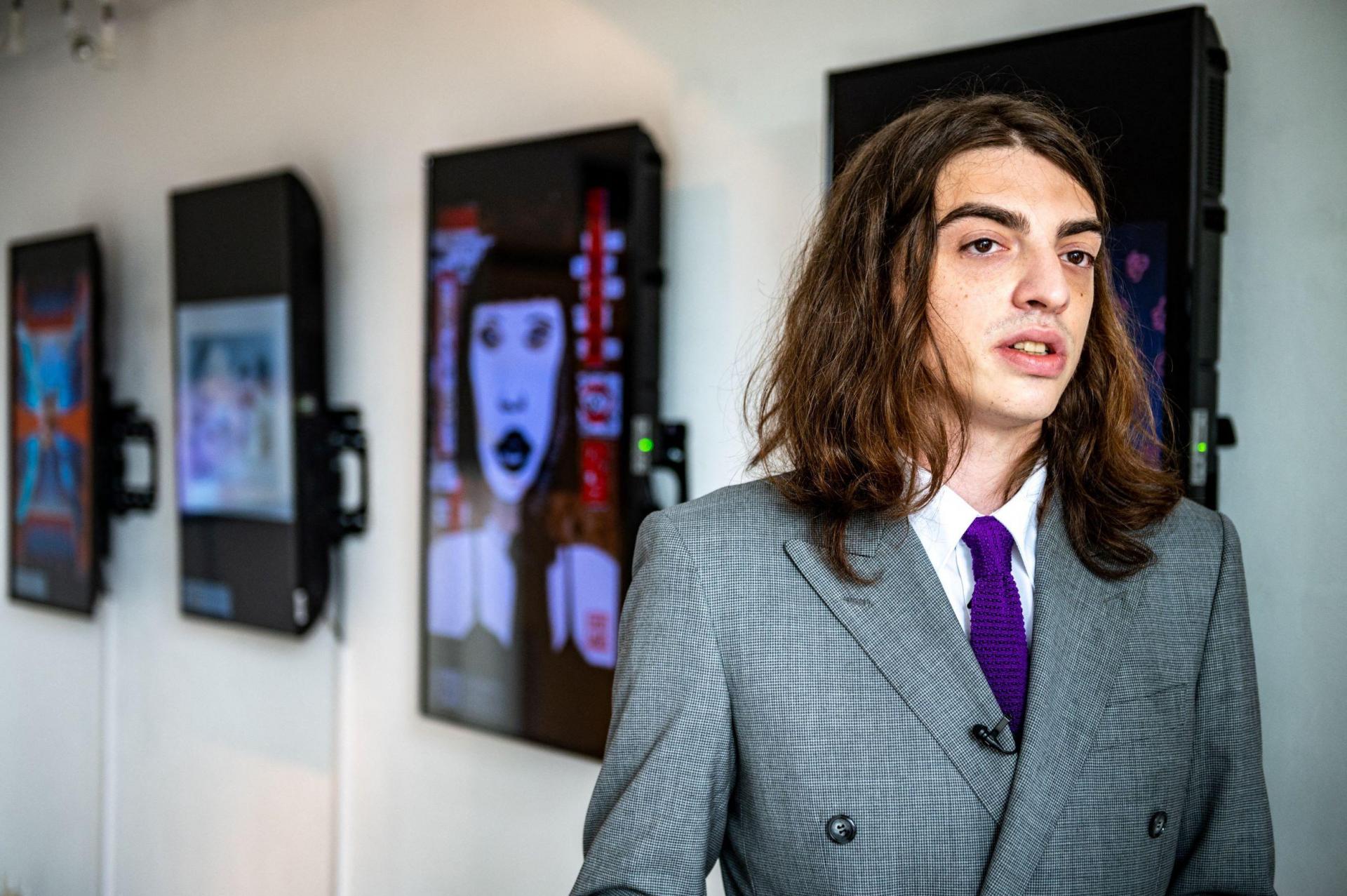 Some of the most expensive works are by Maxim, frontman of the British electropunk group The Prodigy and a recent convert to NFT art.

Any digital creation can be traded virtually as an NFT, allowing artists to monetise digital art by giving buyers bragging rights to unique ownership – even if the work can be endlessly reproduced online.

Classic parts of internet culture from GIFs to home videos have been auctioned off for huge sums.

In March, the American digital artist Beeple became one of the world's three most valuable living artists when an NFT of one of his works sold for $69.3 million.

But in Japan, there's still some way to go before crypto art becomes a mainstay, said Yasumasa Yonehara, 62, an artist exhibiting at the show.

"NFTs are known in Japan for the sale of tweets by famous people for astronomical sums, and few know what it's really about," he said.

An authenticated version of Twitter founder Jack Dorsey's first tweet – the first ever on the social network – was sold in March for $2.9 million.

"The problem a lot of people have with NFT art is 'how do I live with it, how do I interact with it in my everyday life?'" Bailey, who runs the international sales platform Blockchain Art Exchange, told AFP.

"What we're attempting to do here, at least in the proto-stages, is to show how this can be part of your everyday existence."

Some of the static works have augmented reality features – coming alive when viewed through a smartphone screen – and talks with artists are also planned during the three-week exhibition. 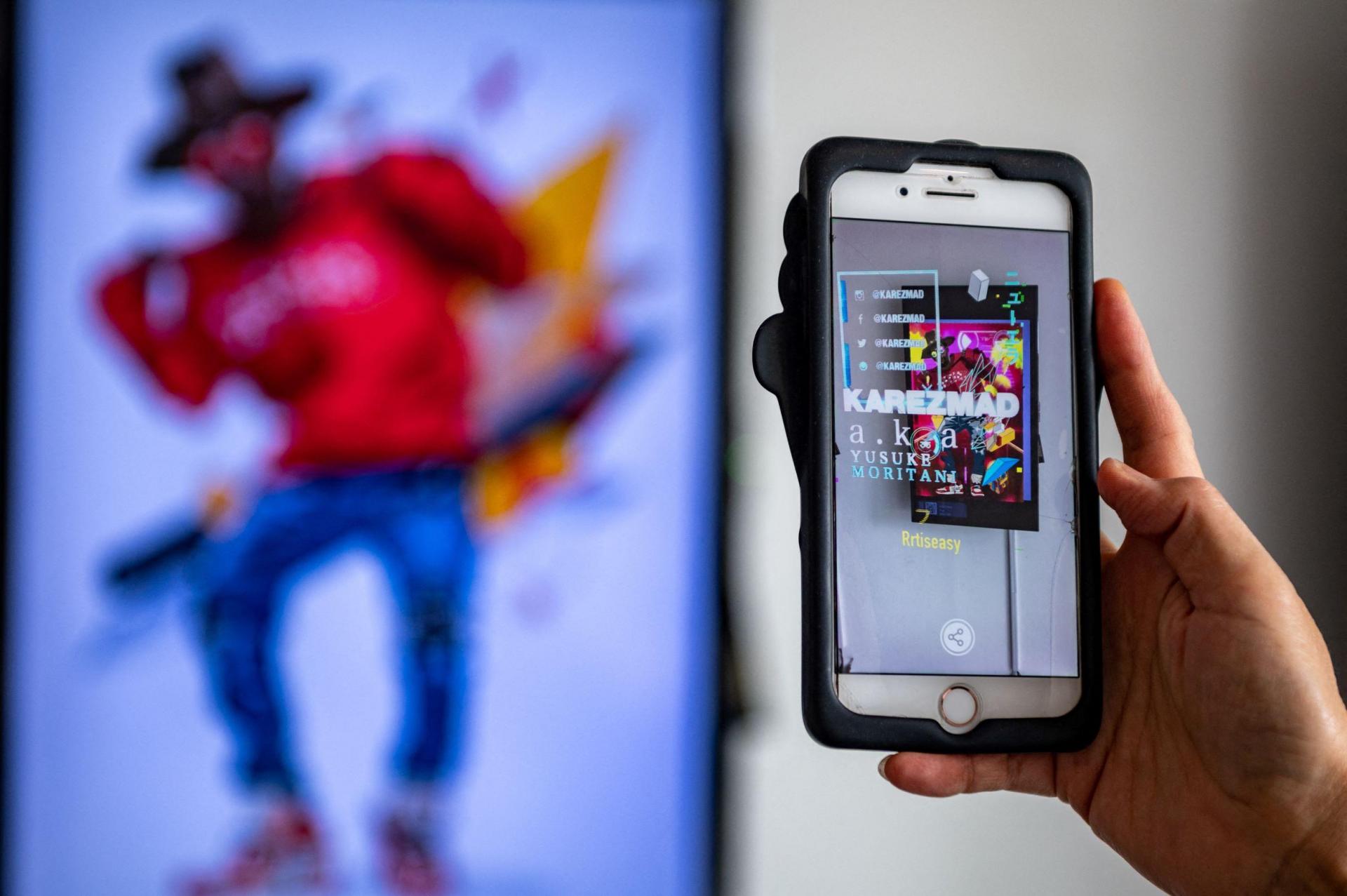 A visitor looking at artist Yasumasa Yonehara's ‘Sup’ with a mobile phone app, during ‘CrypTokyo’.

"The real plus is that the artist gets royalties at each resale of its token," he said. And in the art industry, "that's really a new thing".

Bailey said he sees Beeple's massive sale as "an exception" and thinks greater value lies in the potential of NFTs to spark broader creativity.

"Maybe (Beeple's sale) was important to show the mainstream art world that it's a competitive thing... I see crypto art being the most powerful and meaningful when it's helping smaller artists," he said.