The frozen dreamscapes have drawn millions of visitors over the years to the wintery northeastern city, which opened the festival on Tuesday despite small COVID-19 outbreaks across China.

Preparations for the annual winter celebration begin weeks in advance, with workers mining millions of cubic feet of ice from the surface of the Songhua river over long, gruelling shifts.

Walls of ice carved into the shape of a giant flower were lit up on Tuesday night as the festival opened. 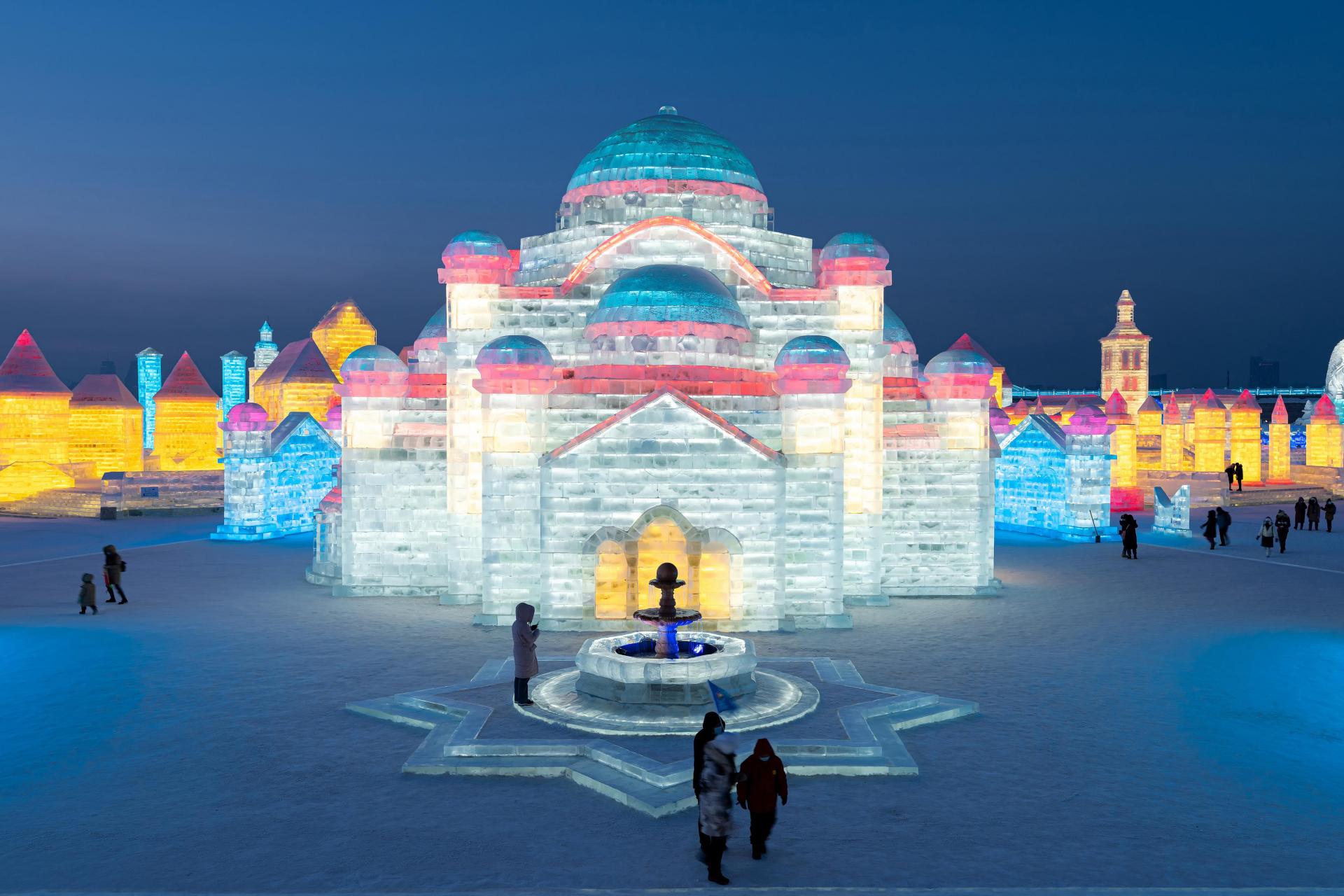 People look at ice sculptures at the Harbin Ice and Snow Festival in Harbin.

The 2022 Beijing Winter Games have inspired a push across China to promote winter sports and tourism, with the number of Chinese snow resorts increasing nearly fourfold in the past decade.

But small outbreaks in multiple cities have prompted authorities to step up testing and travel restrictions.

Visitors to this year's festival are required to show a "health code" on a contact-tracing app and have their temperatures measured before entering venues.