Air Malta management has blamed its massive losses on a fuel hedging agreement, but believes the airline will break even in just four months time.

Tourism Minister Konrad Mizzi confirmed a Times of Malta report that the airline had gone from around a €4 million annual loss to a whopping €13.1 million loss last year.

Speaking during a press briefing after a shareholders' meeting, Dr Mizzi said the airline was projecting to break even by March 2018.

The main contributor towards this large increase in losses, he said, was a three-year fuel hedging agreement that saw the airline paying much higher prices for its fuel than the average market price.

The airline would now be entering into shorter hedging agreements that would only last a few months at a time.

Air Malta, he said, had also experienced a drop in revenue which it attributed to its product offering, which had since been reformed from a legacy to a hybrid mix of low cost and business class.

During the year under review the airline experienced a decrease of €28.3 million in revenue when total revenue amounted to €192.2million compared to €220.5 million a year before, mainly driven by a capacity reduction of 20%. 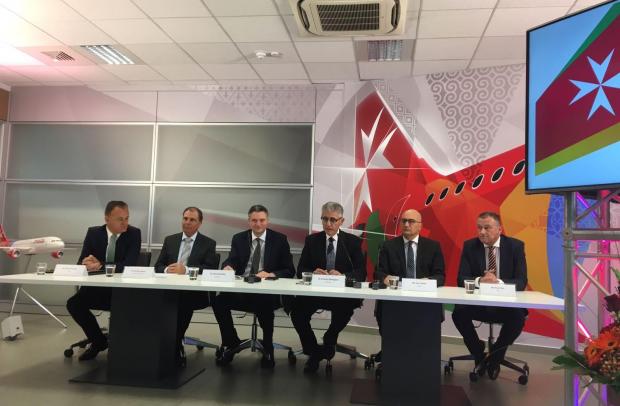 Dr Mizzi, flanked by Air Malta chairman Charles Mangion and members of the airline's top brass, also announced that the company would be hiving off its most valuable assets - its landing slots at Heathrow and Gatwick airports - to a state-owned company.

This, he said, would be done to protect the "national assets" for the taxpayer and ensure that they were not effected by any future potential strategic partnership.

Air Malta's ground handling operations would also be hived off into another government-owned company. This, Dr Mizzi said, would allow the airline to focus on its core operations.

Preliminary estimates show that the airline are forecasting 25% more bookings than budgeted.