A funeral director has denied responsibility over the burial of motorcyclist Johanna Boni in a plastic bag, contradicting a statement by the health authorities who also denied any form of responsibility.

Funeral director Anna Falzon said she is not allowed to handle a corpse at the mortuary, let alone dress them. She was reacting to claims made by a spokeswoman for the Mater Dei Hospital’s morgue that it was the funeral director who was responsible for the shrouding of the deceased.

Ms Boni was crushed to death by a cement mixer in Labour Avenue, Naxxar on January 5, 2016. The 27-year-old was riding her Kawasaki ER6N to work at the time. 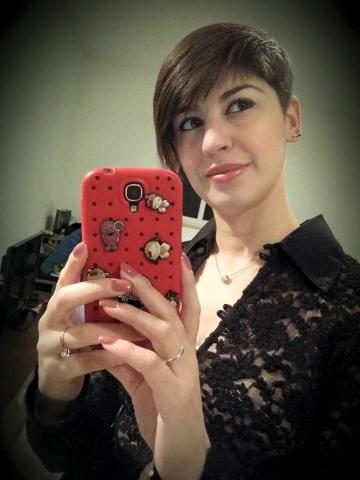 At the time of her burial, her relatives had been advised not to look inside the coffin. But when the grave at the Mosta cemetery was reopened for the burial of her grandfather last week, the parents discovered that their daughter had been buried in a plastic bag placed inside her white coffin.

The shocking discovery was reported by the Times of Malta on Wednesday.

The ministry told the Times of Malta said that when a person dies outside Mater Dei, the hospital is not responsible for the body of the deceased. Ms Falzon said that the spokeswoman’s claims were “absolutely untrue.”

“All I have to comment about this case and every other case is that as Funeral Directors, we never dress the deceased when the body is in the mortuary.

“We aren’t even authorised to touch the deceased in the mortuary, let alone dress them. We dress deceased persons only when they die at home and the funeral cortege would be leaving from there,” Ms Falzon said.

Legal procurator Quentin Tanti, who is counsel to Ms Falzon, said his client was denying that she was responsible for burying Ms Boni in a plastic bag.

Asked about the matter yesterday, Health Minister Chris Fearne said: “First of all, when there is a death that does occur outside the hospital, the government is not responsible for the shrouding of the body or for the burying. It is the funeral
directors that is responsible. In this case I am informed that this was a forensic case and that there were legal procedures.”

When pressed to say whether the authorities were in any way monitoring the work of the funeral directors to make sure that they abided by the laws in place and that people were buried in a decent way, Mr Fearne evaded the question, insisting that the hospitals always made sure the law is observed.

“All burials are regulated by the Burials Act. Obviously, if the law is broken then the authorities will monitor. From our end, we are very rigorous when caring for anyone in our responsibility, meaning anyone from our hospitals, to ensure we observe the law,” Mr Fearne told the Times of Malta.

Hospital chief executive Ivan Falzon echoed Mr Fearne’s explanation, adding
that “if the death occurs outside hospital, the undertaker brings clothing and the
body is clothed by mortuary staff according to instructions by the undertaker, who retains full responsibility for this process, in line with the wishes of the family.”

He said there were instances where the circumstances do not allow the body to be fully clothed. “In that case the responsibility to communicate this fact to the family was of the funeral organiser.”