Paul Grech caught up with photographer Nikolas Ventourakis as the latter was nearing the end of his residency at Blitz, to find out how these programmes impact the local artistic scene. 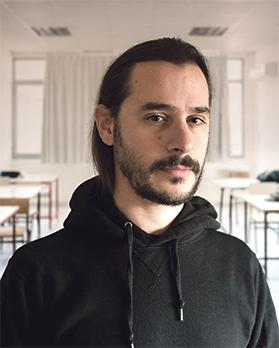 One of the best aspects of good art is that it forces you to think about different ideas. Artists can capture various thoughts and present them in a manner that challenges conventional thinking. Sometimes that process can be assisted by bringing in outside influences who, through their unfamiliarity with the scenery, can result in fresh ways of looking at things.

It is this belief that has resulted in the Blitz Residency Programme. “It was created to facilitate a long-term, international artistic cultural ex­change, while fortifying our role as cultural incubator and advocate organisation for contemporary art practice in Malta,” explains Nicole Bearman, programme director at the Valletta-based art space Blitz.

“Local engagement is integral to every incoming residency, taking the form of meetings, open studio days, workshops and talks for a local community of artists, researchers, educators, professionals and students. Invited residents are given a dedicated live/work space within the Blitz building. Our objective is to invite artists working across creative fields in a range of media, including (but not limited to) film, photography, performance, sound, immersive installation and digital platforms.” 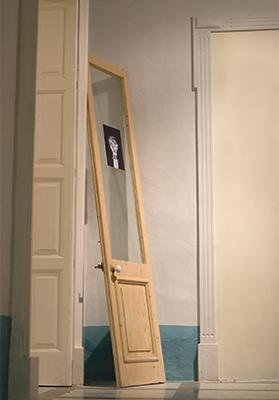 The latest recipient of this residency programme was Nikolas Ventourakis, a visual artist with a photography practice who fuses fine art and documentation. His time in Malta came to an end at the start of March but the resulting work of his stay could up till recently be seen in the form of an exhibition titled Rituals For Our Safety.

“I am interested in notions of safety. How opposite and contradictory visions of safe spaces are part of contemporary political discourse and end up being a matter of belief.

“From personal rituals that we create in order to make ourselves feel safe – for example, the kid tucking its feet inside the duvet so that the edges are not exposed, or a person with fear of flying making sure that he or she is not awake to experience the flight – to wider reactions of States and societies towards perceived dangers that lead to events like the recent Muslim bans in the US and the proposal for the construction of a border wall,” he said, detailing how the whole concept behind the exhibition came about.

A very topical subject that was intelligently exposed through photography, projections and installations

“Manifestations of our beliefs and the actions that are taken to support those beliefs are hammered in by politicians, institutions as well as large portions of the population.”

As is easy to appreciate, it is a very topical subject that was intelligently exposed through photography, projections and installations that tend to focus on mundane expressions of the idea of safety. Despite the everyday nature of the objects that he captures, there is a lot of thought behind each image. 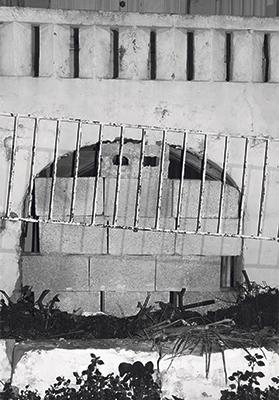 “It is true that I have a close relationship with that which might be called the mundane. However, I do not consider it to actually be mundane in the sense that I focus on something that is uninteresting. There is much to see and deduce from situations, places, items that we normally disregarded.

“Reading many history books, I came across many similarities between Malta and Cyprus, an island that was central to my pro­ject Defining Lines. Both are large Mediterranean island States that have been influenced by an array of civilisations. From Greeks, to Romans, to Arabs, Muslims and westerners, from medieval times to the modern era, the island historical continuity is a series of abrupt changes and an amalgamation of people and traditions in a restricted space.”

“Although the residency is short, I immediately felt I could have the ambition to intertwine my praxis with material and influences from my experience of being physically on the island,” Nikolas continues. “That means that when I was conducting my initial research, I was looking for elements that are supplemental to my other projects. 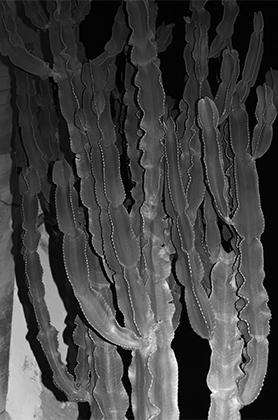 “It was a serendipitous discovery to learn that the root of the name of Malta is ambiguous and one of the suggested etymologies included the word “safe”, something that linked my research to another project I had been developing in recent years.

“Still, safety was a very abstract concept to grab till I came to Malta and it turned out being the centre of many narratives that people I met, consciously or unconsciously, shared with me.”

Nikolas’ final body work is one that required an outsider’s reflections to come about; which is precisely what the whole project is about. Bearman picks up the conversation once again:

“The residency programme aims to create a sustainable network for artistic exchange, between artists and other professionals, as well as galleries and other artist-run organisations.”

“That is the legacy of a residency programme. Relationships are formed and dialogue expands. It exposes Malta to new artists and ways of working and thinking, while placing Malta firmly in an international art context.”

Blitz’s next residents will be the Berlin-based duo Ducks, who will be in Malta from May 25 to June 11. Also ongoing at Blitz is Transformer: International Creative Spaces and Cultural Mobility, a multifaceted, two-year project in collaboration with Central Saint Martins, University of the Arts London, and culminating in a multi-site exhibition. 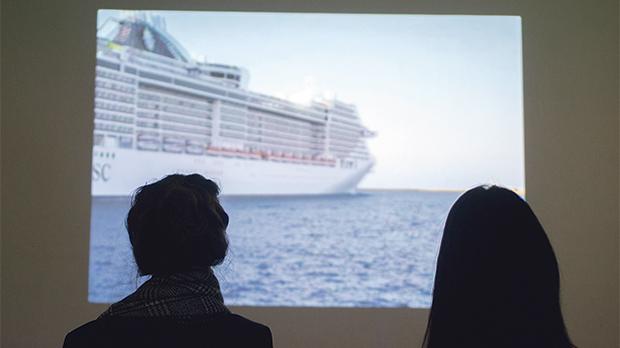