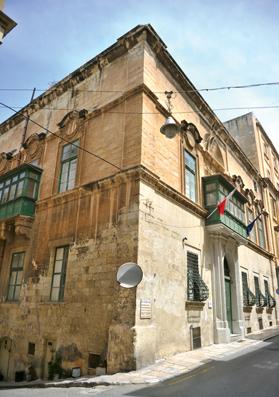 The government paid €1.65 million for half ownership of a property in Valletta that an investor had bought for a fraction of the price just weeks earlier, The Sunday Times of Malta has learnt.

The property in Old Mint Street, which houses a school and government offices being used by the Building Industry Consultative Council, is part-owned by Mark Gaffarena – who made a profit of €685,000 in less than two months as well as acquiring parcels of land in exchange measuring more than 10 football pitches in total.

Mr Gaffarena, whose family have been at the centre of a controversy over an illegal Qormi petrol station, bought the property knowing the government intended to expropriate it. Mr Gaffarena bought the area on February 26 for €139,762. The government expropriated it on April 10 for €822,500 in land and cash.

Architects who spoke to this newspaper said they had never seen such a quick expropriation in Malta, a process that normally takes years.

This was the second time in the space of a few months that the government bought an area in the same property from Mr Gaffarena. 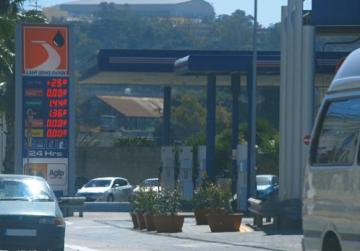 On January 28, it expropriated another quarter of the property from Mr Gaffarena, paying another €822,500 in land and cash.

In total, the government paid €1.65 million for half ownership of 445 square metres.

The other half is still owned by third parties, so the government has still not acquired the whole building since ownership remains split.

Replying to questions, a government spokesman said a decision was taken to expropriate the property because the owners were threatening to take back the property for their own use.

“The Government Property Division [known as Land Department] decided to purchase it… One of the owners – who owned half the building – offered to sell his share to government,” he said, adding that now the government was in a better position to stop a possible eviction.

Yet when the government carried out the first expropriation, Mr Gaffarena only owned a quarter of the property. He then bought another quarter which he sold once again to the government.

No explanation was given as to why the government did not expropriate the other quarter share directly from the owners rather than wait for Mr Gaffarena to acquire it and up the price by €685,000.

Architects said they had never seen such a quick expropriation

The government said only that it was not the Government Property Division’s remit to know the values declared by third parties on contracts.

The division also said all values attributed to properties involved have been duly verified by the department’s architects and found to be fair.

The Sunday Times of Malta consulted two independent architects to assess the valuation of the Valletta property and the land Mr Gaffarena was given in return. They both said the amount paid by government was excessive considering the space was already being rented out, which brings down the value of a sale. In addition, its location is not among the most sought after in the city. Phone calls to Mr Gaffarena went unanswered.

Shortly after the Labour Party was elected to government, the Gaffarena family benefited from a Mepa policy change that allowed an illegally built petrol station in Qormi to restart operations – it was the only petrol station to benefit from the policy.

An application to sanction the infringements is being considered by Mepa.

22-01-2015: President declares expropriation of a quarter of the property.

08-04-2015: President declares expropriation of a quarter of the property.