The two casinos, which were at the time run by Fenech as Tumas Gaming’s CEO, were the subject of a joint compliance inspection by the FIAU and MGA in 2018 to ensure their adherence with laws designed to prevent money laundering.

Inspectors found several breaches of these laws, including a “complete failure” to establish the source of funds and wealth of the casino customers.

The findings also highlighted how the money-laundering reporting officer at the casinos struggled to prove his knowledge of the relevant anti-money laundering laws.

Limited ongoing monitoring of transactions at the cash desk was also discovered.

In a chat initiated by Fenech in September 2019 after the FIAU sent notice of the breaches, Farrugia assured the Tumas Gaming CEO that he was trying to “win time”.

“They aren’t going to publish anything for now,” Farrugia said of the FIAU.

Farrugia even told the Tumas Gaming CEO that he was trying to have a warning issued instead of a fine, “so it won’t be public”.

At the time, any breaches resulting in a fine of over €10,000 were made public by the anti-money laundering unit. The public reporting threshold has since been raised.

As the chat between Farrugia and Fenech progressed, the MGA CEO assured the 17 Black owner that the inspection of the casinos was nothing personal.

“Not personal Yur. They wanted the best casino to include for an investigating before Moneyval... and your casino was chosen cause it is the best regulated. The others are terrible [gravi]”.

Malta is facing a potential grey-listing by the Financial Action Task Force (FATF) following a Moneyval assessment that found a lack of will to investigate and prosecute financial crimes like money laundering.

Farrugia, who stepped down from his role at the MGA last October, told Fenech in his chat that anti-money laundering regulations are “too stringent”.

The MGA CEO said he was sure they would be able to make headway with the FIAU.

The “Daphne group” reference by Farrugia came after Fenech flagged how blogger Manuel Delia had sent him questions about the gambling patterns at the Portomaso casino of one of the suspects in Caruana Galizia’s murder.

For now, tell them to send an official reply

“That Manuel Delia is bitter [aħdar],” Farrugia said in response.

Two months after the chat, Fenech was arrested and charged in connection with the journalist’s assassination.

The chats also indicate that Farrugia had previously used an intermediary to communicate with Fenech.

Farrugia urged Fenech to send as much detail as possible in response to the FIAU’s letter about the findings, “so I will have material to work with”.

The MGA CEO even offered to help “Patrick” – a reference to Tumas Gaming’s chief operations officer Patrick Demanuele – draft replies to the FIAU.

“For now, tell them to send an official reply to the letter. So we will have everything official. Tell them Patrick can come by and we will help them with the replies,” Farrugia said in the message.

Demanuele was recently detained by police in connection with a police investigation into Fenech’s chats.

Farrugia is himself facing charges in connection with his chats with Fenech.

A lawyer representing Farrugia declined to comment when contacted by Times of Malta and questioned about the chats.

“Given the facts in issue are still under judicial consideration (sub-judice), these will be addressed at and within the appropriate forum,” Farrugia’s lawyer Ezekiel Psaila said. 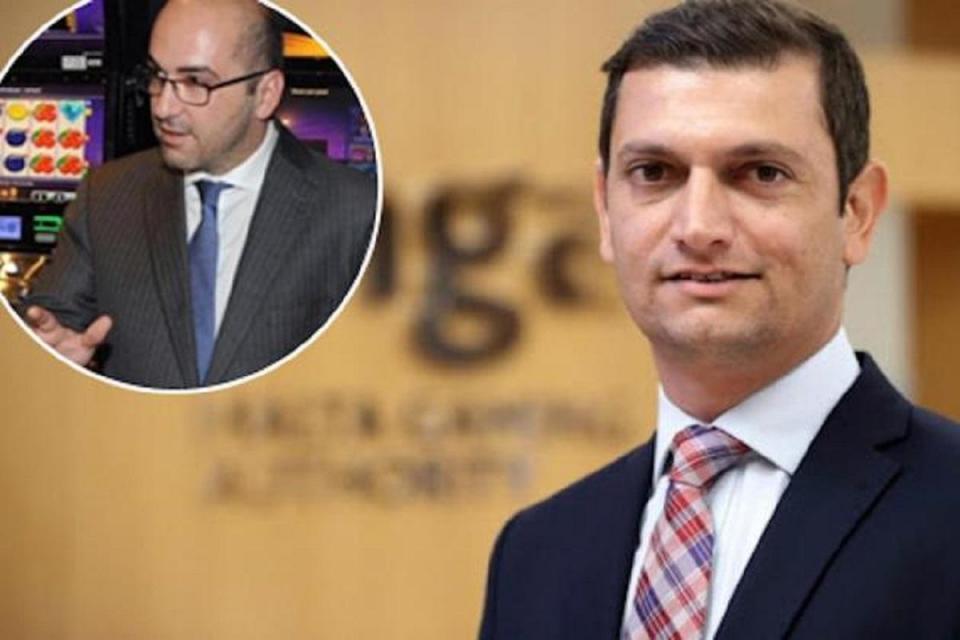 No notification about the breaches uncovered during the 2018 inspection were ever made public.

Contacted by Times of Malta, a spokeswoman for the FIAU declined to comment on the specific case.

The spokeswoman said the FIAU had never felt any pressure to water down any findings from anti-money laundering examinations.

Questioned about the breaches identified in the 2018 compliance visit, Tumas Group’s Ray Fenech said the company had replied to the points raised by the review, following which Tumas Gaming was advised that the authority will not be pursuing the findings detailed in the report and consequently revoked its letter notifying of the breaches.

“At present, there are no outstanding requests from the regulator with regard to the company’s operations or its adherence to obligations in terms of law,” Fenech said.

Tumas Gaming was immediately subjected to a second compliance review by the FIAU, the outcome of which is still pending.

It was the FIAU that had identified Fenech as the owner of secret company 17 Black in an intelligence report sent to the police in April 2018.

According to testimony during the public inquiry into Caruana Galizia’s murder, the former head of the economic crimes unit Ian Abdilla had planned to speak to Fenech on the day Times of Malta and Reuters exposed the businessman’s ownership of the company and its ties to government corruption.

Abdilla said he was told by former deputy commissioner Silvio Valletta to back off as Fenech was feeling “sick” that day, a claim Valletta denies.

That same day, Valletta says he got a call from former OPM chief of staff Keith Schembri asking sarcastically if investigations were now being carried out on the basis of media reports.

“Is that what you do? Investigate people on the basis of a simple news report,” Valletta claims Schembri told him.

Both Valletta and Schembri were later revealed to have been close friends of Fenech.