Gozo’s Gaulitanus Choir will next week be presenting an end-of-summer open-air concert, following the choir’s successful initiative of returning to live events in early August.

The concert, organised with the support of the Cultural Heritage Directorate within the Gozo Ministry, is being held on Friday, September 25 at 7.30pm at ministry's courtyard in Victoria.

Titled Blazing Away With Hope, the event seeks to transmit positivity through music while complying with current health and safety standards for live open-air performances.

It will feature violinist Pierre Louis Attard, who is active within the Gaulitanus’s ranks and serves as festival manager at Gaulitana: A Festival of Music, and two of the choir's soprano soloists, Annabelle Zammit and Patricia Buttigieg.

The Gaulitanus choir itself will also be in attendance, thus making its first appearance since the pandemic struck. Artistic director Colin Attard will be accompanying and directing.

Numbers from Gilbert and Sullivan’s end-of-the-nineteenth century light Savoy operas will alternate with enchanting songs from Ivor Novello’s early-20th century musicals, as well as with some of the best-loved numbers from Andrew Lloyd Webber’s contemporary shows.

Pierre Louis Attard will interpret a selection of vivacious classical works by Kreisler, Hubay and Busoni, followed by some contrasting upbeat and charming popular Latin and rhapsodic works.

The evening will end with the Gaulitanus Choir – currently in its 30th anniversary year – joining the three soloists for a concluding grand medley of British and American marches composed a century ago.

Entrance is free with reservations on a first-come-first served basis available by emailing gaulitanus@gmail.com.

The full health and safety procedures being adopted for the concert can be found on www.gaulitanus.com. 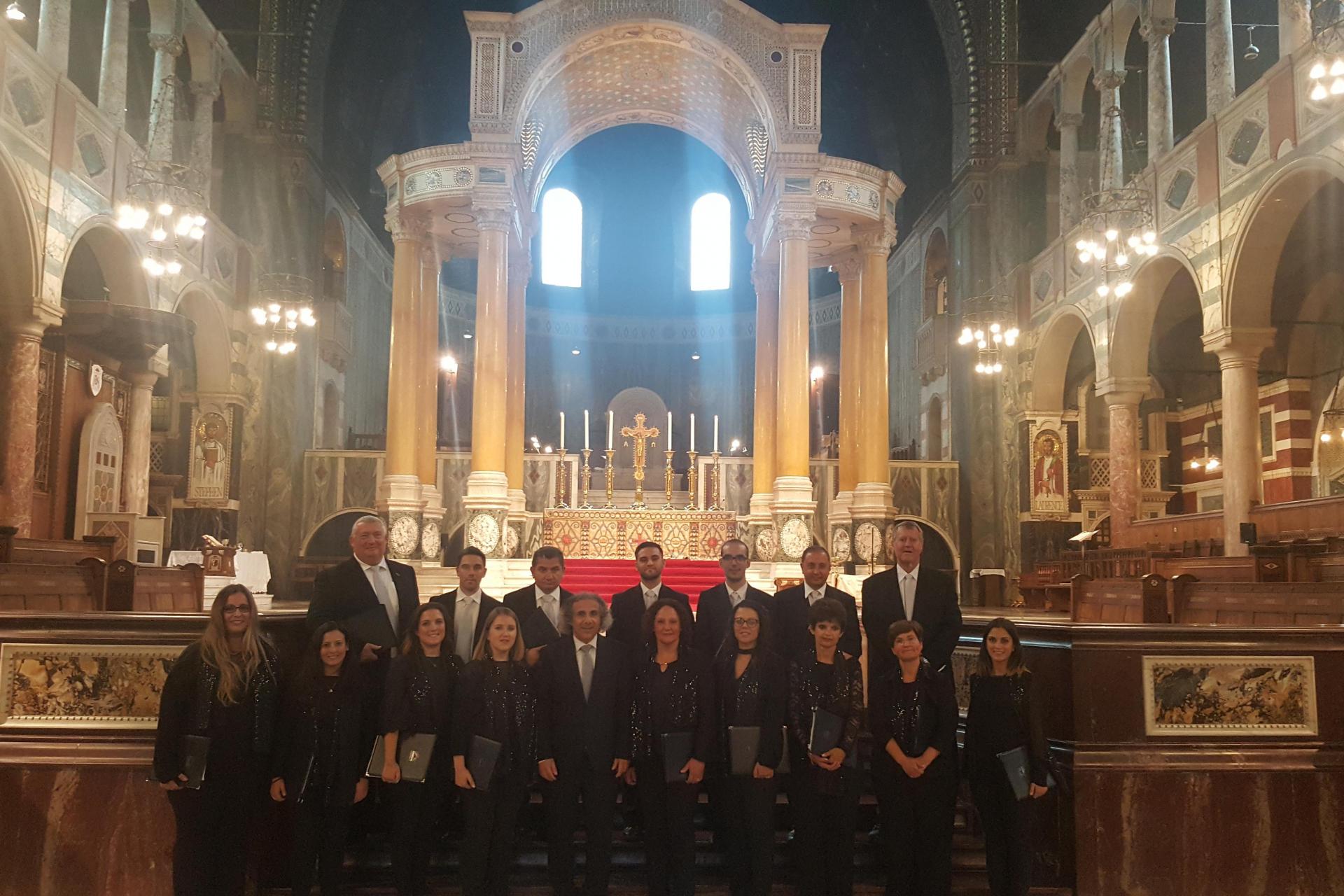 The Gaulitanus Choir played a central role in the Malta Day celebrations at Westminster Hall in September 2018.