Gozo’s Gaulitanus Choir has done its bit to help brighten up the festive season for the community as much as possible, while fully adhering with current health and safety regulations. It came up with the second edition of Yuletide Bliss, a mini-series of varied musical events between Christmas and the New Year. Artistically directed by the choir’s founder-director Colin Attard, Yuletide Bliss was supported by the Cultural Heritage Directorate within the Ministry for Gozo.

The first event was held on Boxing Day at St Francis church, Victoria, which provided a wonderful setting to the concert entitled Festive Strings. The concert featured the Gaulitanus String Orchestra conducted by the mini-series’s artistic director Colin Attard and led by Reggie Clews (in the unavoidable absence of Marcelline Agius).

After a planned second event and the participation of the Gaulitanus Choir itself were dropped in view of the health situation prevailing at the time, the series was concluded with the 10th edition of A New Year’s Toast, held at the Kempinski Hotel San Lawrenz on January 1.

Violinist Pierre Louis Attard and pianist Milica Lawrence, who were to feature in the cancelled A Musical Voyage concert a few days earlier, teamed up with the choir’s soprano soloists Patricia Buttigieg and Anna Bonello, thus ensuring that A New Year’s Toast could go on – the  only fixed Gaulitanus-organised choir event which kept going regularly throughout the pandemic. 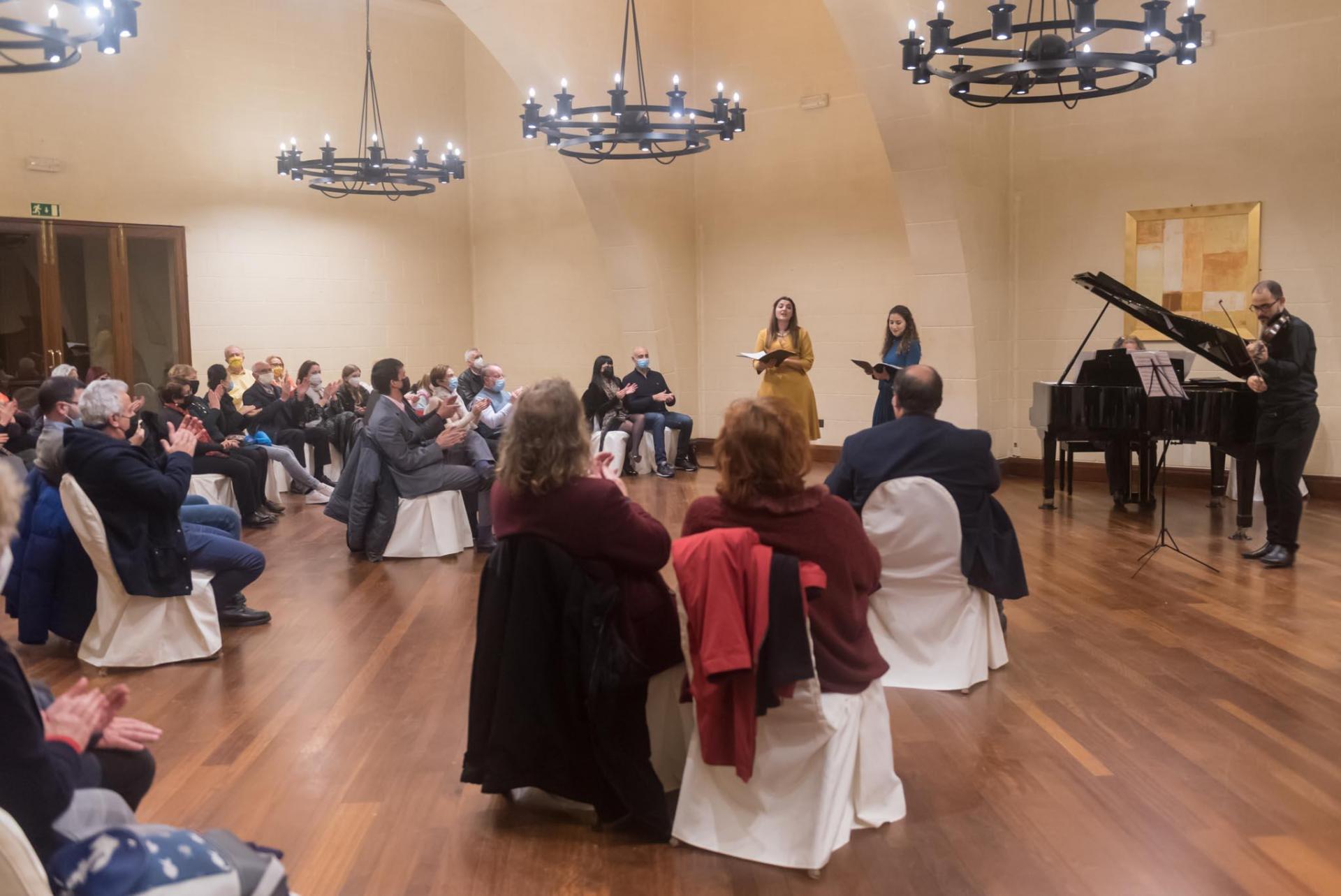 The concert presented and alternation of instrumental and vocal numbers. Violinist and pianist performed works by Weber and Viardot (with the latter probably being given its first performance ever in Malta). The pianist also played a short Novelette by Poulenc.

Accompanied on the piano by Colin Attard, Patricia Buttigieg interpreted two Italian songs by Bellini and Donizetti respectively, whereas Anna Bonello gave a rendition of two French songs by Poulenc and Satie respectively. Violinist Pierre Louis Attard joined in for a rousing finale: a three-song Neapolitan medley, in which the audience enthusiastically joined in, clapping to the marching rhythm of the last number - which eventually was encored.

The Gaulitanus’s Christmas programme also included a Christmas concert at Victoria’s Capuchins’s church on December 15 and two caroling sessions: the first on Saturday December 18 as part of La Magia di Natale in Munxar’s, and a second one on Christmas Eve at the Kempinski Hotel. In view of the health situation, this much-awaited second event featured only the choir’s soprano soloist Patricia Buttigieg and musical director Attard on the piano were in attendance.

The Gaulitanus Choir augurs a healthier New Year full of cultural events to all.