For the upcoming group photography exhibition, those eyes – these eyes – they fade, which opens on July 12 at Valletta Contemporary, Steve Bisson interviewed the participants and curator with a view to publishing their conversations on the Urbanautica platform of which he is the founder. Below are extracts from these exchanges which reveal process and practice within the artists’ body of work.

Bisson is an educator at Paris College of Art, polyhedric curator and founder of the Urbanautica – Journal of Visual Anthro­pology and Cultural Landscapes. Since 2009, Urbanautica has fostered debate on the role of image-makers through interviews, reviews, exhibitions, research and publications.

In 2020, Maltese photographer and architect Nigel Baldacchino met Belgian photographer Bénédicte Blondeau via an exhibition she was curating in Brussels, which included Baldacchino’s work. Together they went on to envisage an exhibition that would show both their work (with a venue already in mind).

That vision led them to securing French photographer and curator Anne Immelé. With Immelé on board, the exhibition took on a different scope: “We brainstormed about including further photographers,” said Baldacchino. “Awoiska van der Molen was one obvious choice, given the across-the-board reverence we all have towards her work.”

French photographer Bernard Plossu was the last to make the list. “Anne introduced me to his work. I was greatly impressed and could instantly see why she admired him as much,” he concluded.

Steve Bisson: What were the opportunities and difficulties you met when paving the road for the coexistence of the artworks? What criteria did you follow when you designed the show?

Anne Immelé: The project began with the title and the early choice of photographs from existing series by Nigel and Bénédicte. This generated an ensemble of criteria related to poetic notions such as Apparition, Evanescence, Suspension or Erasure. I wanted to put together photographs which allow the search for meaning and sensations, the double movement of embracing the world and detaching from it. 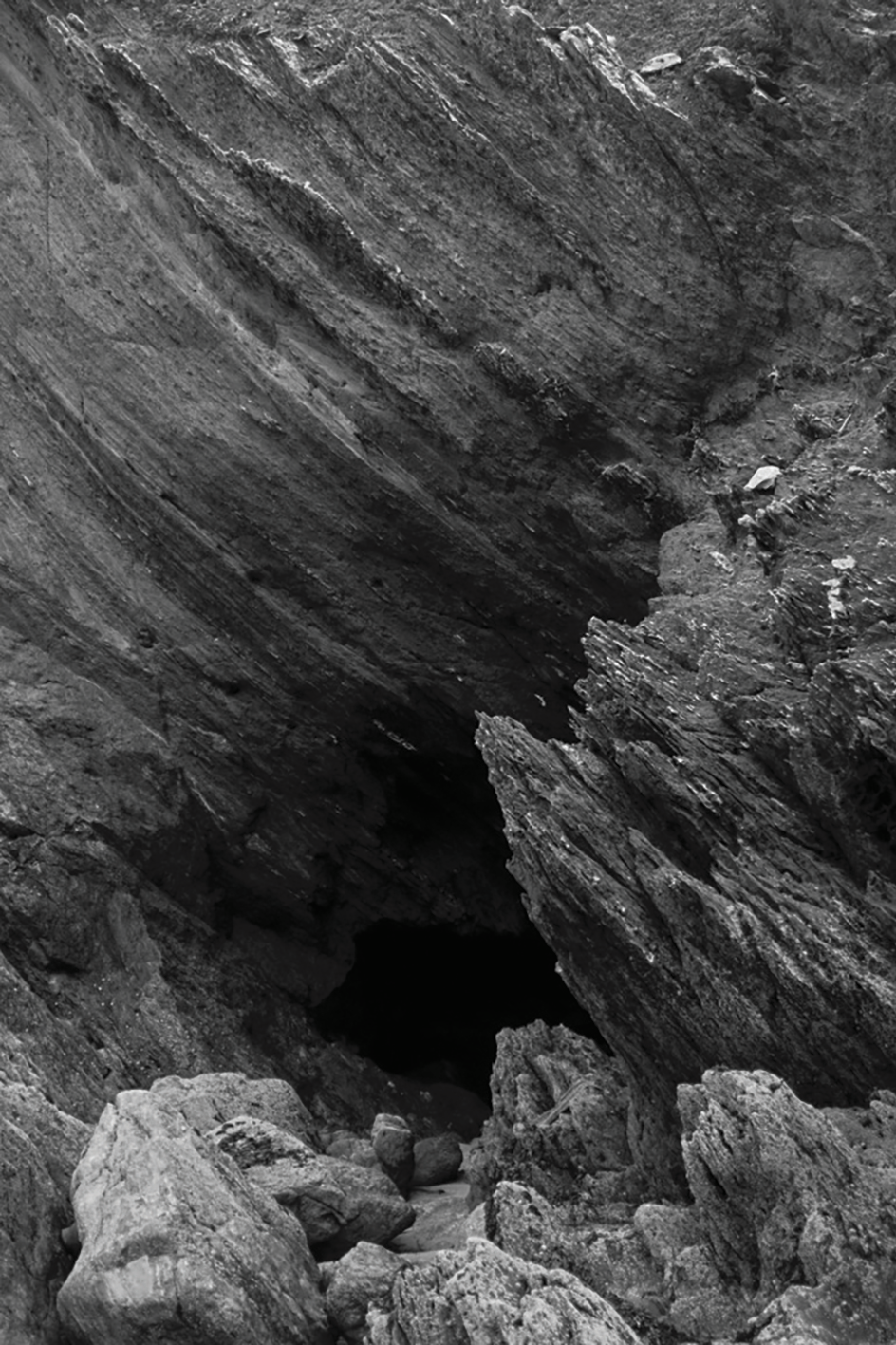 From the 'Ce qu’il reste' series by Bénédicte Blondeau

This is exactly why I thought of the photographs of Awoiska van der Molen, where we can feel the active presence of the natural elements. In order to create an articulation between Awoiska’s urban spaces and Nigel’s photographs, I suggested an older series of hers, illustrating urban night views. As in her photographs of mountains, those nocturnal visions are a state of things that offer a fascinating perceptive experience.

The choice of the photographs of the desert of Bernard Plossu came at a later stage. With their bright grey colour, they create a contrast with the obscurity characterising the rest of the exhibition despite some colourful layers in Nigel’s photographs.

SB: We often read that we live in a world where everything has been seen, said, photographed. Yet, in your photographs, there is a certain silence. I wonder how essential this slow practice is to create a visual space that today seems to be lacking?

Awoiska van der Molen: My images reflect what I have been feeling while being out there for longer periods of time in solitude. Taking time in the processes of making my work is important to gain access to deeper levels of my surrounding. 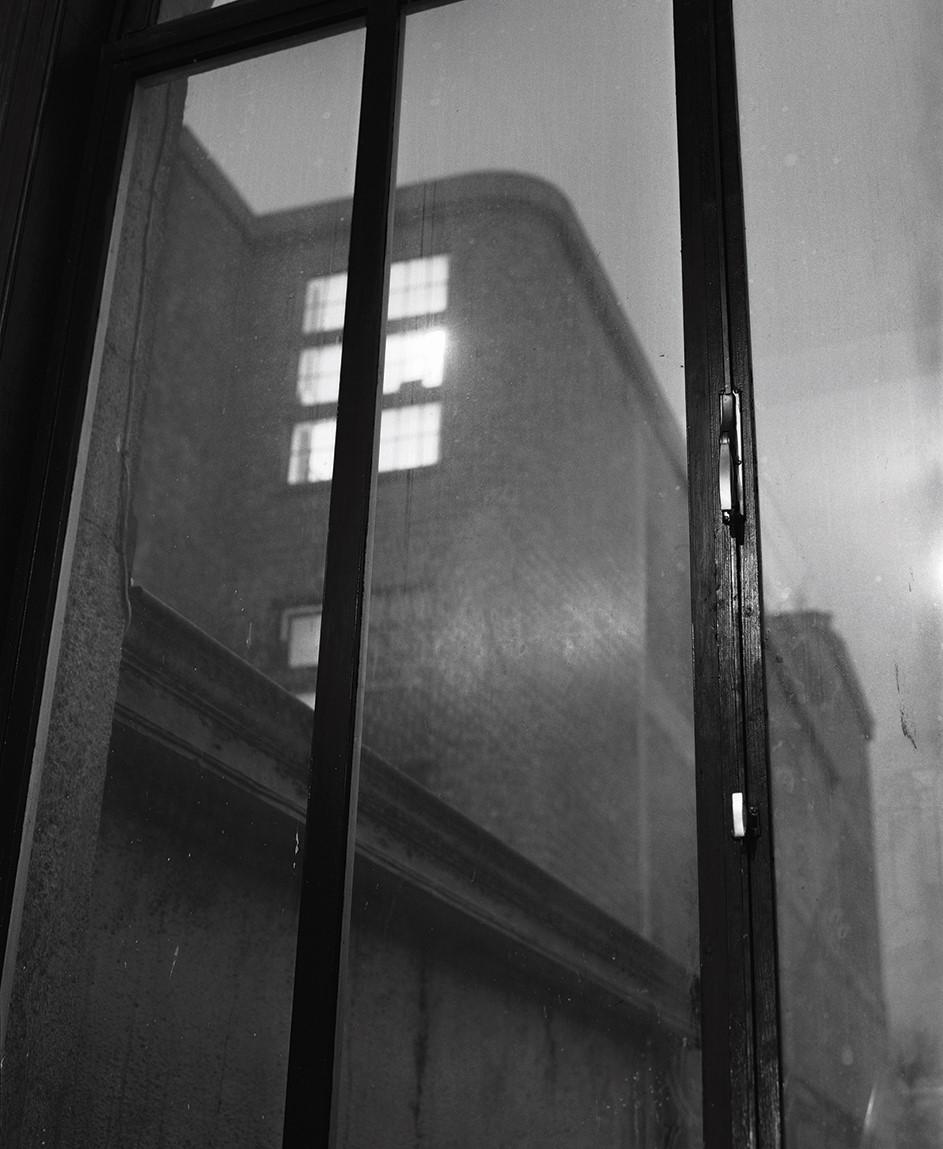 Regardless of how personal the starting point of my work may be, in the end, I hope my images touch the strings of a universal knowledge, something lodged in our bodies, our guts, an intuition that reminds us of where we came from ages ago, a memory of our core existence.

My images require the viewer to slow down- Bénédicte Blondeau

In our precarious world, this bodily knowledge can be our unyielding certainty. I select the negatives to print that seem to radiate this impalpable space. I prefer that the audience knows nothing about my motives when standing in front of my work.

SB: How important is it to create forms of dialogue in photography, which somehow deny the assumption of truth that the technical mechanism preaches (its defining purpose)? Your work certainly fits well into this possibility of experiencing poetic contemplation. How do you see the possibility of expanding the field of investigation to the crossover of other works?

Nigel Baldacchino: I find the driving notion of the exhibition to be reacting to an overpowering visual media landscape which increasingly typecasts photography as a vessel of ‘evidence’. It seems to say ‘here is something true (a subject) – look at it’. Photography is a great tool for this kind of dynamic, as we know – as its technical defining purpose is exactly that (albeit plenty of caveats and debates around that too). 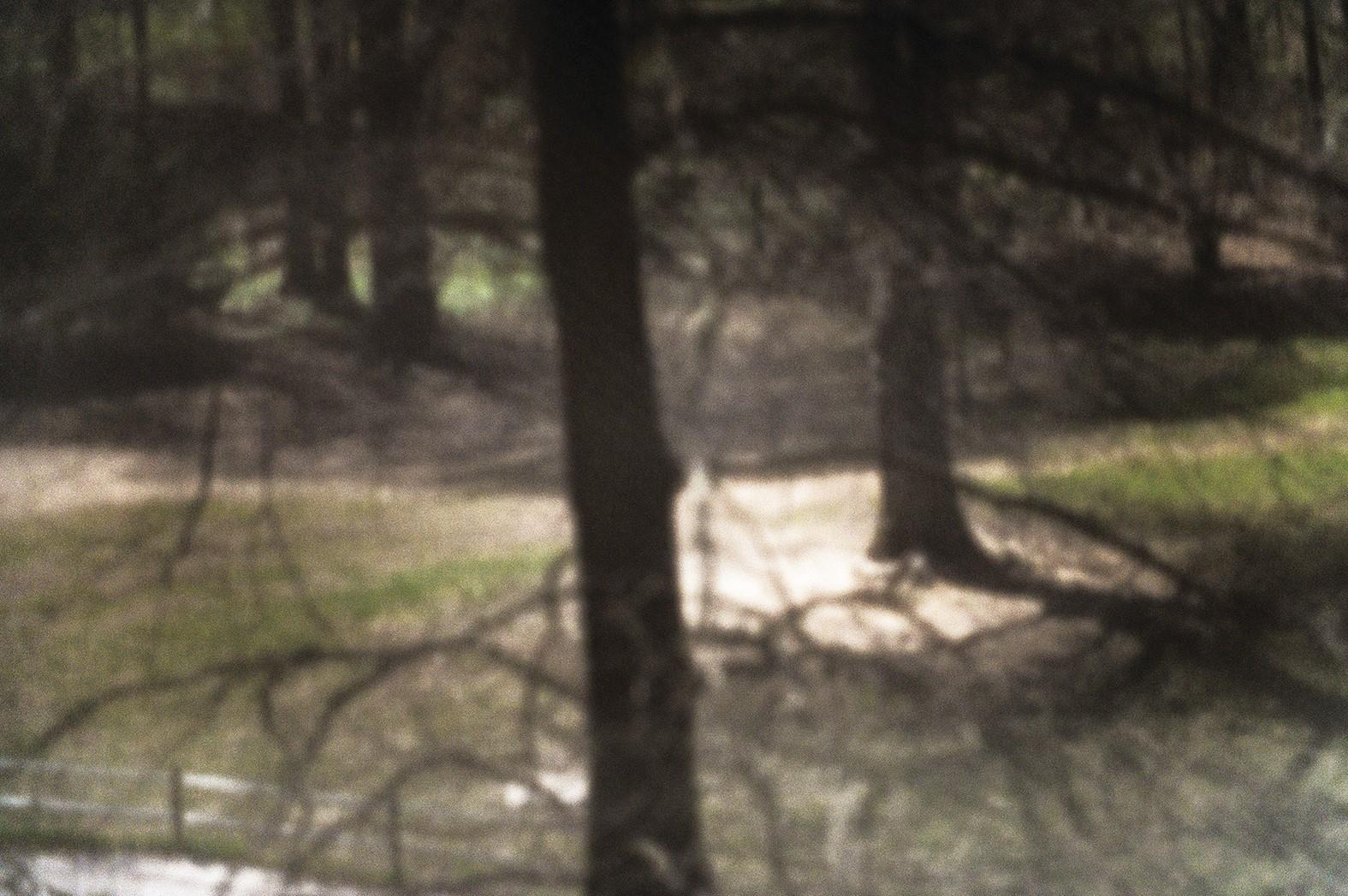 From the 'Fog' series by Nigel Baldacchino

Historically, however, various schools of artists have proposed different narratives around the medium, which take a paradoxical stance: using photography as means of introspection, wherein the gist of the work has less to do with the subject and more about the photograph in itself. I believe this form of engagement with the medium is what the exhibition is celebrating.

SB: As never before in the history of our species, we are exposed to almost infinite visual stimuli. How does this widespread and anthropologically rooted phenomenon affect your production and creation of images? What is your relationship with your pictures?

Bénédicte Blondeau: Even if they are hard to avoid, I think that I am instinctively keeping a distance from those stimuli (by staying away from the visual pollution of the big cities, having a very low usage of social media, or not consuming any mainstream visual entertainment for many years), which helps me to stay focused on what really matters to me as an artist but also just as a human being.

This infinite amount of images you mention requires a fast tempo to be read. My images are the complete opposite of this: they require the viewer to slow down to look at them. They are not made with the intention of drawing the attention of the spectator; on the contrary, they carry a form of meditative aspect that invites contemplation, which can only happen in a focused, immersed state of mind.

SB: Your photographs communicate a sincere attraction for the world, for the human being, beyond descriptions and explanations. Your photography is full of life and evokes feelings, beauty and mystery. Was it the chance to capture the magic of life that fuelled your fascination with photography?

Bernard Plossu: Yes, the magic of life fed me and gave me the desire to look at the world. It is true that my pictures don’t describe but evoke. I’d like to say that they are non-decisive moments, instead of the famous school of the decisive moment! 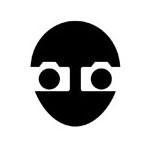 This article was produced in collaboration with Urbanautica – Journal of Visual Anthropology and Cultural Landscapes. See the full interviews and more at urbanautica.com. those eyes – these eyes – they fade is showing at Valletta Contemporary from July 12 to August 13.