Ġbejna producers have reached a compromise in their fight to have EU-wide protection from copycats and large-scale producers.

Local sheepherders have for years been trying to have the term ġbejna protected but have been hamstrung by local dairy giants who last year blocked their application before it could even reach Brussels.

The herders say they have now found a compromise and, earlier this month, reapplied for protective status for the cheese, working around the wording.

Last year, Times of Malta reported how the market regulator had received an application for an EU quality food label from the Xirka Produtturi Nagħaġ u Mogħoż, an association of sheep and goat herders.

Despite the association submitting peer-reviewed literature to support their claims, the Malta Competition and Consumer Affairs Authority (MCCAA) had ultimately decided that “the term ġbejna has become generic in Malta” and, therefore, could not be protected.

In their new application to the MCCAA, submitted on November 12, the association has now applied for a PDO (protected designation of origin) quality label to cover the term “ġbejna tan-nagħaġ” (sheep’s ġbejna).

This, they say, is based on consultation with the MCCAA and other stakeholders.

The regulator will now have to restart the public consultation process before deciding whether or not to send over the PDO application to the European Commission.

Had the herders’ original application been successful, the mass-produced versions of the cheese would no longer have been able to label their products as ġbejna or ġbejniet and would likely have had to use a different name, such as ġobna, meaning cheeselet.

Leaked documents following the herders’ first failed application had shed light on the David and Goliath contest between small cheese-makers and large dairy producer Benna over the type and origin of milk used.

Had the traditional sheepherders won, the small rounds of cheese would only be called ġbejna if they were made of milk from Maltese sheep. 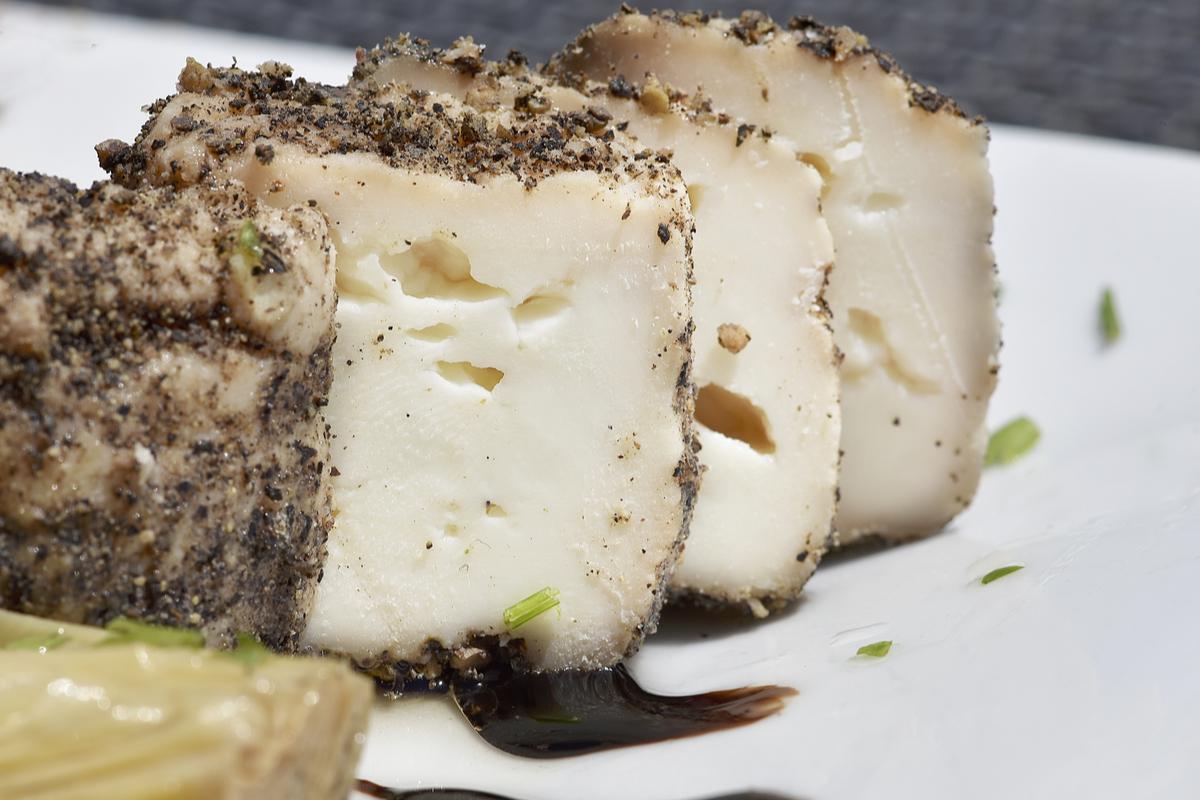 Ġbejna producers are now ramping up their bid to have the traditional food protected. Photo: Shutterstock

Many of the mass-produced variants available in supermarket fridges across the country today, however, are made using cow’s milk.

The MCCAA had at the time sided with Malta Dairy Producers, makers of the Benna brand, and herders had even threatened to take legal action over the matter, filing a protest in court.

What is a PDO?

If the ġbejna was handed a label denoting a PDO, then cheese producers would only be able to use this term for their produce if they followed a strictly traditional recipe and herding guide as approved by the EU.

The PDO food label is used across Europe to protect unique regional foods from mass-marketed and mass-produced copycats. It is meant to support local producers and weed out misleading labelling while enforcing quality production.

Malta is the only EU member state without a single food awarded any form of protective status under the food quality label programme.

Cheeses such as gorgonzola, parmigiano reggiano, feta or camembert can only be labelled as such if they come from a designated region and meet the production methods agreed upon between producers, their local government and Brussels during the application process for a PDO label.

This is the same across the EU. To qualify as roquefort, for instance, the cheese must be made from the milk of a certain breed of sheep and matured in the natural caves near the town of Roquefort-sur-Soulzon, in the Aveyron region of France, and colonised by a specific type of fungus that only grows there.

The unique characteristics that make up the rounds of sheep’s milk cheese have already been studied and documented in a five-year project between the University of Malta, the University of Catania and a Sicilian dairy research centre.

Ġbejniet, the project established, are made out of 100 per cent sheep’s milk, reared in local flocks. The cheese has particular nutritional values and can be fresh or dried but using specific techniques.