Swiss watches are in high demand these days, but sales of second-hand timepieces are also booming, driven by Generation Z buyers who want luxury goods but are also sustainability-minded.

The global second-hand watch market is estimated at nearly 20 billion Swiss francs (€19 billion) and could reach 35 billion francs by 2030, according to a study out in October by the auditing and consulting giant Deloitte.

Historically the province of collectors scouting for rare watches at auction, the second-hand market is turning increasingly professional with the proliferation of online sales sites that verify authenticity – with even the watch manufacturers themselves getting involved.

“Nowadays, there is a realisation that we need to consume more responsibly,” said Fabienne Lupo, the former head of the Foundation High Horology, who organised a second-hand luxury watch salon in Geneva in November.

The event was attended by the online auction giant eBay, the watch sales platform Watchbox, and Swiss brands such as Zenith. 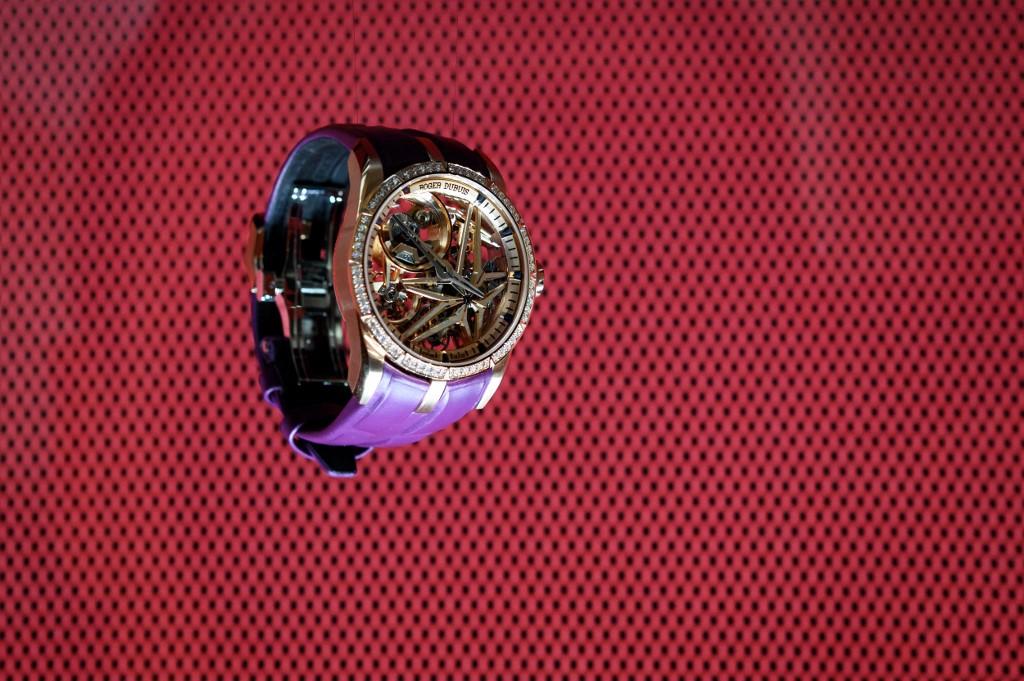 Lupo said the craze for second-hand watches could be explained by the consumer choices of Millennials (born between 1980 and the late 1990s) and Generation Z (born between 1997 and 2010) who are “very concerned about the future of the planet, and no longer want to buy new”.

There is also the fashion for vintage objects “that you can’t find everywhere”, she said.

“And then there is the digitalisation which has accelerated with the pandemic,” Lupo told AFP.

The growth in the pre-owned watch market is such that the British online platform Subdial has developed an index tracking the 50 most-traded models.

The average price fell from a record 45,000 Swiss francs in February 2022 to 35,000 francs in September, which Deloitte called a “correction” rather than a sign that the market was shrinking. 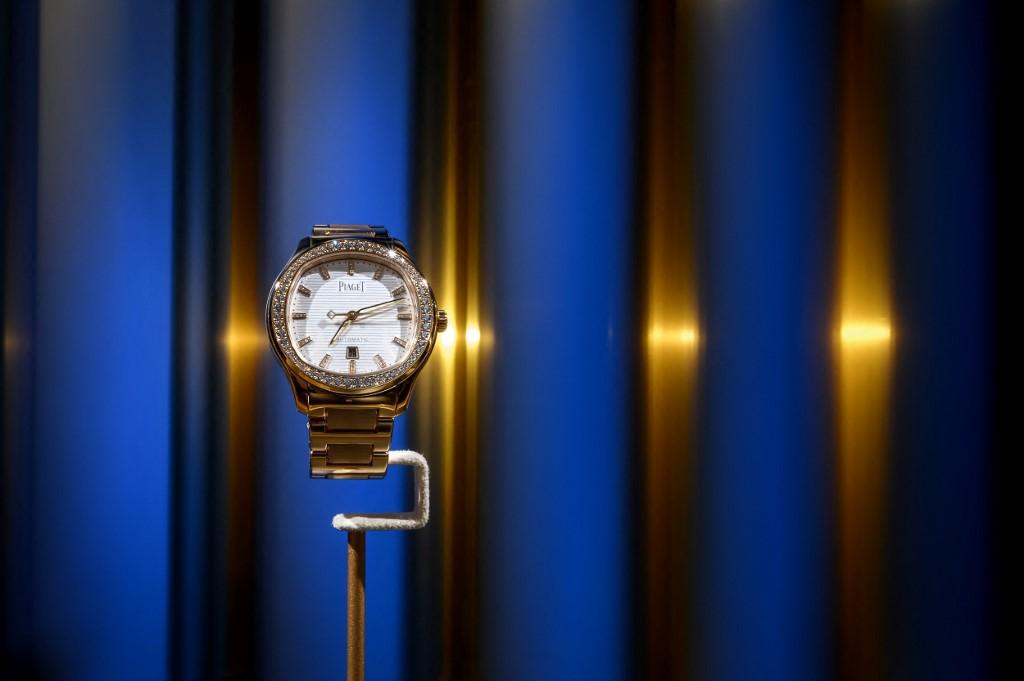 A watch by Swiss luxury watchmaker and jeweller Piaget, owned by Richemont group.

The luxury giant Richemont – which owns the Cartier, IWC and Piaget brands – entered the field as early as 2018, buying the British platform Watchfinder.

Rolex also took the plunge in December, pulling the rug from beneath the counterfeiters by launching a CPO programme with the Swiss retailer Bucherer, which authenticates the watches.

The programme is set up in six countries, including Britain and France, with the aim of extending it to the US in the future.

“Watch manufacturers typically have been worried about the secondary market as it was closely associated with the grey market, where discounted watches could be found,” said Jon Cox, an industry analyst with the Kepler Cheuvreux financial services company.

“However, they realise there is a halo effect of having strong secondary prices, enhancing the brand value of the primary watches,” he told AFP.

For top-end luxury brands like Richard Mille, where average watch prices exceed 260,000 Swiss francs, second-hand timepieces are even a way of enhancing their image.

"Second-hand watches were a “store of wealth”, being “worn and shown off for years but still retaining value to be resold so another watch can be bought in its place”

“We might have a client who tells us, ‘there was a limited edition of 100 watches; it was always my dream to buy one and now I have the money – but you no longer make them and they are almost impossible to find’,” said Alexandre Mille, who took over from his father who founded the brand.

Mille said his teams can seek out the sought-after timepiece.

Deloitte’s study found that buying a cheaper watch was the main motivation for 44 per cent of respondents.

But Cox also noted that second-hand watches were a “store of wealth”, being “worn and shown off for years but still retaining value to be resold so another watch can be bought in its place”. 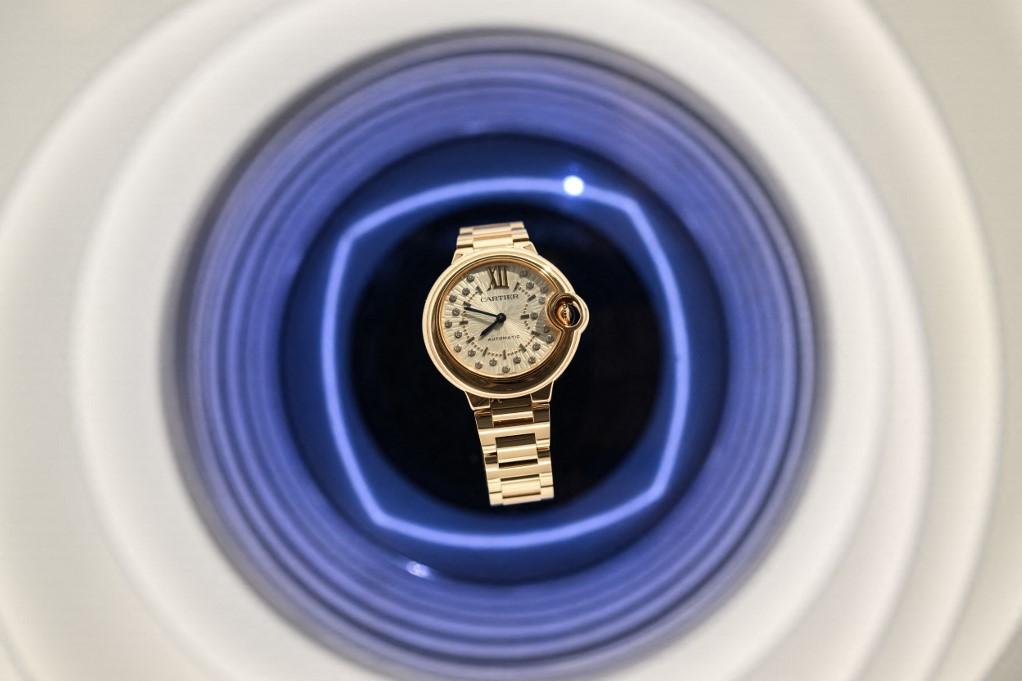 A pink gold and brilliant-cut diamonds watch “Ballon Bleu” (Blue Balloon) watch by French luxury goods conglomerate Cartier. is displayed at the opening day of the Watches and Wonders Geneva show, in Geneva on March 30, 2022.