Former Chancellor Gerhard Schroeder has sued the German parliament for removing some of his official post-retirement perks over his links to Russian energy giants, his lawyer said Friday.

Schroeder, 78, has come under heavy criticism for his proximity to Russian President Vladimir Putin and involvement with state-backed energy companies.

The decision to suspend Schroeder's taxpayer-funded office and staff in May was "contrary to the rule of law", Michael Nagel, told public broadcaster NDR.

Schroeder "heard of everything through the media", Nagel said, noting that the Social Democrat had asked for a hearing before the budget committee responsible but was not given the chance to express himself.

Schroeder's lawyers filed the complaint with an administrative Berlin court, a spokesman for the court confirmed.

In its decision to strip him of the perks, the committee concluded that Schroeder, who served as chancellor from 1998 to 2005, "no longer upholds the continuing obligations of his office".

Most of Schroeder's office staff had already quit before the final ruling was made.

Despite resigning from the board of Russian oil company Rosneft and turning down a post on the supervisory board of gas giant Gazprom in May, Schroeder has maintained close ties with the Kremlin. 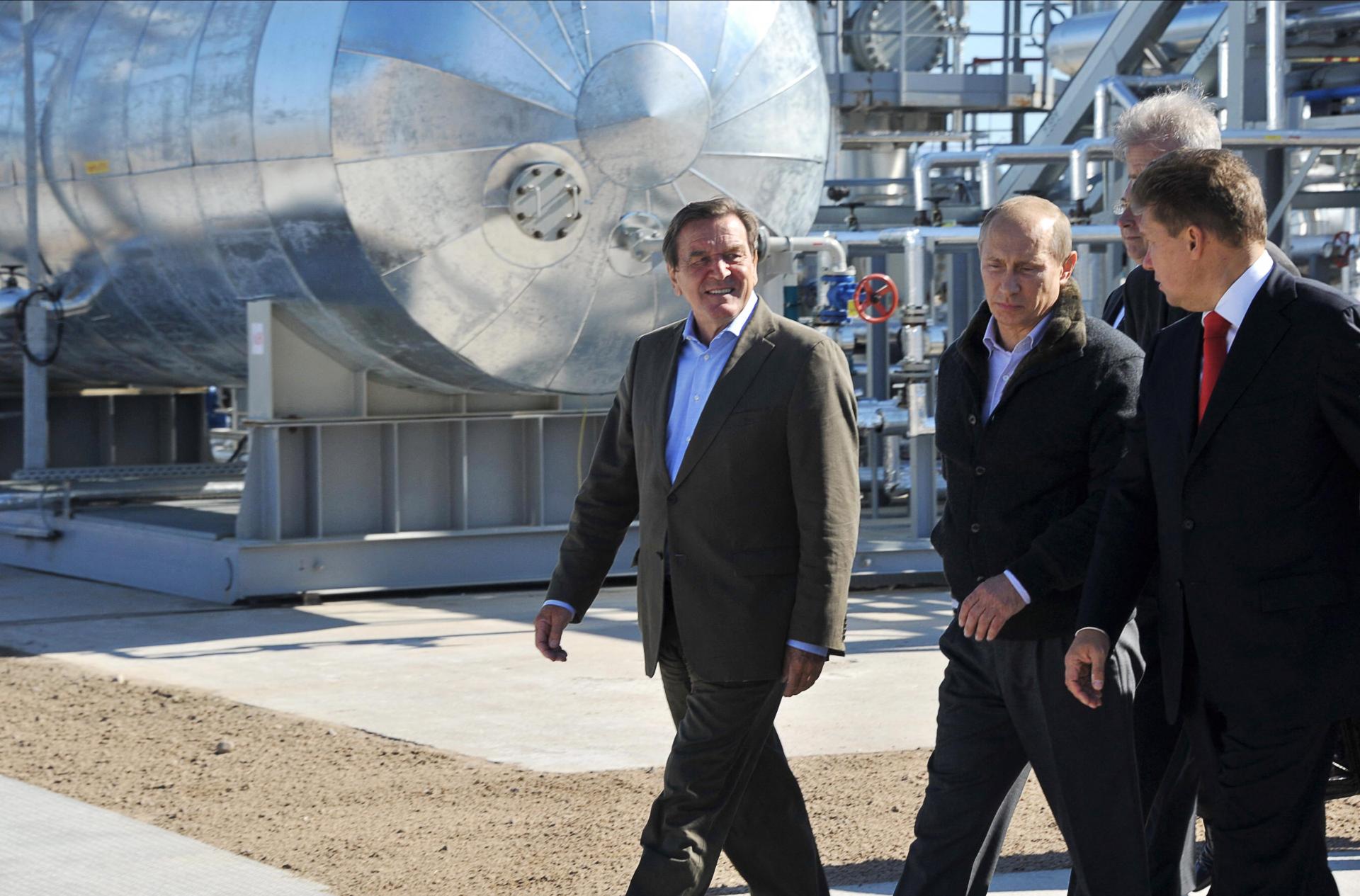 Schroeder walks with Vladimir Putin in this 2011 photo. Photo: AFP

The former chancellor met Putin in July, after which he said Moscow was ready for a "negotiated solution" to the war in Ukraine -- comments branded as "disgusting" by Ukrainian President Volodymyr Zelensky.

Last week, the Social Democrats concluded that Schroeder would be allowed to remain a member after he was found not have breached party rules over his ties to the Russian President.

Schroder's stance on the war and solo diplomacy has made him an embarrassment to the SPD, which is also the party of current Chancellor Olaf Scholz.