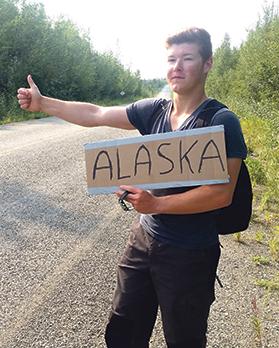 The magistrate investigating the mysterious death of a German teenager at the foot of Dingli Cliffs in 2016 has reopened the inquiry to probe how the boy’s body was returned to relatives with most of its organs missing, the Times of Malta has learnt.

Sources said Magistrate Marseanne Farrugia had reopened the inquiry upon instructions by the Attorney General’s Office.

Mike Mansholt, a 17-year-old adventurer, arrived in Malta on holiday on July 8 and was found dead on July 26.

He had been reported missing four days earlier after he failed to return home from his holiday.

He was found without his running shoes, a few metres away from his rented bicycle.

It was established that the damage to the bicycle was not compatible with a fall from a height. An autopsy concluded that Mr Mansholt had been dead for between seven and eight days. The cause of death, however, has never been established.

Both the post-mortems held in Malta and in Germany concluded that the teenager had no broken bones, all but excluding the possibility of a fall.

Magistrate Farrugia closed the inquiry once it was established that the cause of death could not be determined.

But Mr Mansholt’s father, Berndt Alexander, and his sister, Maria, would not let it rest: they requested that the inquiry be reopened when they realised the state of the body.

The body was taken to the Medical University of Hannover for a second autopsy. The only organs found inside were Mr Mansholt’s left kidney, the diaphragm, the spleen and the large intestine.

Although there were possible witnesses, the police investigation was stopped too early

They also complained that they were never given a copy of the report of the autopsy carried out at Mater Dei Hospital, nor were they privy to the findings.

The father of the German teenager welcomed the news about the reopening of the magisterial inquiry.

When contacted yesterday, Mr Mansholt said: “Mike’s sister, Maria, and I are very pleased that the investigation has resumed. As we always did, we offer the authorities in Malta our full cooperation. There are still many questions left in the death of my son.

“Although there were indications of possible witnesses, the police investigation was stopped too early. It has never been fully understood what happened to his organs. And why was he not embalmed? Why did we not receive an autopsy report?

“This is what we want to know.”

Mr Mansholt filed a criminal complaint with Police Commissioner Lawrence Cutajar late last year asking him to investigate a court expert who failed to explain why his son’s body was returned with most of organs missing.

Through his lawyers, Veronique Dalli and Dean Hili, Mr Mansholt said the explanations given to him by the Maltese court expert “do not add up”.

The Mansholts said in an e-mail exchange with the medico-legal expert appointed by the Maltese courts, Mario Scerri, they were told their son’s organs had been attacked by rodents and that the brain had liquefied.

However, they noted, the autopsy in Germany found nothing of the sort.

Sources said the investigation is under way and being carried out by the Vice Squad.

The questions have remained unanswered, and Mr Mansholt is still offering a €10,000 reward to whoever provides him with clues that will lead to an explanation of what happened to his son.

He is offering another €10,000 reward to whoever helps him recover his son’s missing backpack, which carried his phone and a GoPro sports camera.