Healing wounds in the Mediterranean

When the Berlin Wall came down, I knew that the next years and decades would be marked by unification processes not only of Germany but of the entire continent. Over the following decades, I was able to contribute to conflict prevention and reconstruction efforts in numerous regions of Europe and beyond.

When the German government became a stakeholder in MEDAC in 2009, and I became the first German Chair for Peace Studies and Conflict Prevention, it was evident that while EU enlargement continued to break down dividing lines between European states, other frontiers stood strong. The Mediterranean region continues to be one of the most divided and conflict-prone regions, and much more work is needed to address these problems.

The German experience of its unification, and its role in Europe growing together is a guiding light for me, and make MEDAC and Malta a perfect base for efforts to heal wounds in the Mediterranean.

Germany at 30: A beacon of peace and diplomacy 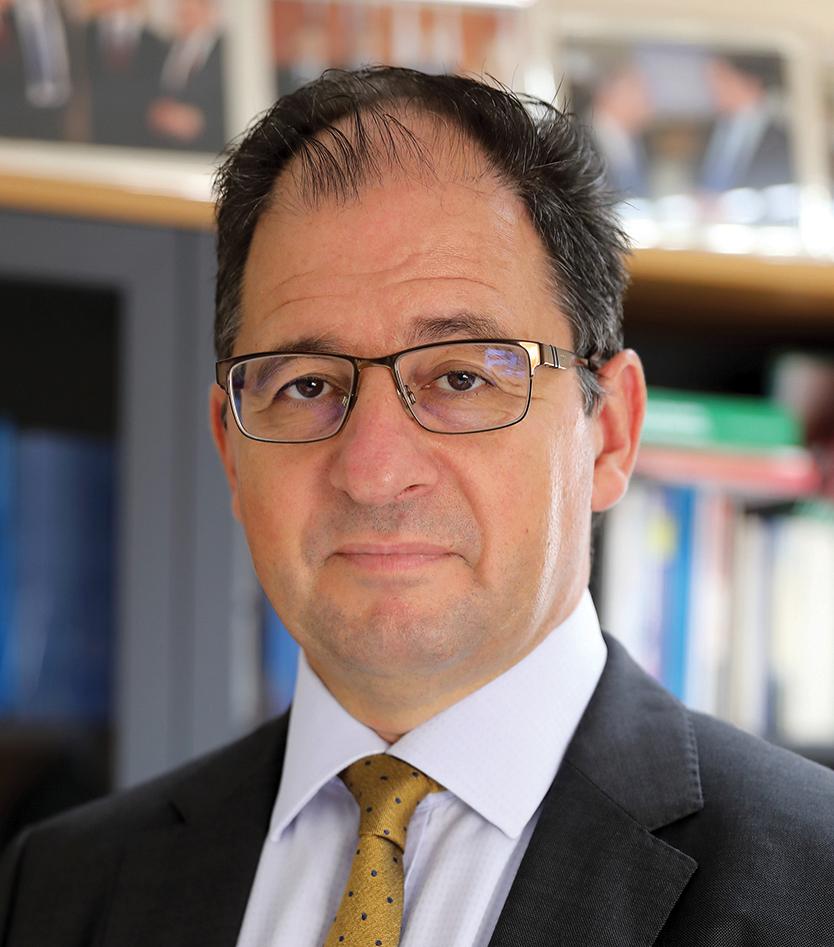 As Germany celebrates the 30th anniversary of its reunification, it is essential to emphasize the very important role that Germany plays as a harbinger of peace and diplomacy in post-Cold War international relations.

Germany’s proactive multilateralism at an international and regional level, as currently highlighted during Germany’s Presidency of the Council of the European Union, is a source of stability in our Euro-Mediterranean region at a time of rapid upheaval.

The Mediterranean Academy of Diplomatic Studies (MEDAC) is very fortunate to be able to benefit from Germany’s vast experience and wisdom in the field of diplomacy as reflected by the significant contribution of the German Chair for Peace Studies and Conflict Prevention at MEDAC.

The decision of the German authorities to become stakeholders in the Academy was the result of German and Maltese academics and policy makers who early on recognized the leading diplomatic role that Germany plays in contemporary global relations. In this regard, I pay particular tribute to President Emeritus Guido de Marco and Professor Ludger Kühnhardt. When the German Chair was established at MEDAC in 2009 with the important responsibility to advance peace studies and conflict prevention in a region characterized by conflict and tensions, the region was already in transition.

The relevance of the German Chair’s contribution to MEDAC’s educational and community building roles is highlighted in the ongoing lectures, seminars and conferences that have been coordinated by Dr. Monika Wohlfeld, the holder of the Chair. Hundreds of young people from the Mediterranean region and beyond including scores of North African diplomats, have been able to benefit from this unique experience that has also included participating in German language courses and study visits to Berlin and Bonn.

I sincerely believe that the active engagement provided by the German Federal Foreign Office in Berlin and all the German Ambassadors to Malta and Maltese Ambassadors to Germany whom MEDAC has had the privilege to engage with regularly, has been a vital component of MEDAC’s enduring success over the past 12 years. I would also like to take this opportunity to express our gratitude and appreciation to the German Chair for providing multiple enriching opportunities that will continue to be of benefit to all of our young diplomats throughout their careers.

A milestone in peace and cooperation 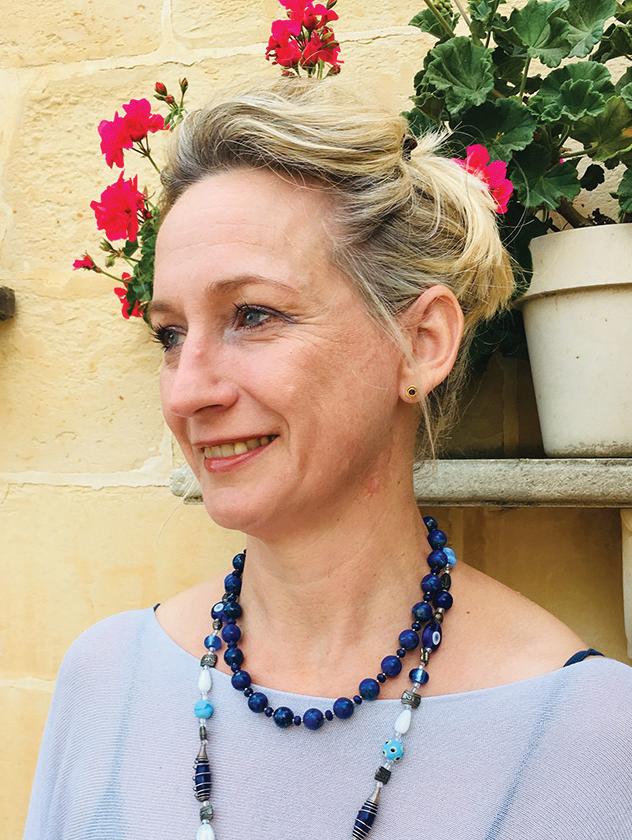 Today we are celebrating a German achievement which was promoted by various politicians of that time. Three decades ago, I was a sixth form student eager to make it to the medical course at university. Years later, in 2000, I migrated to Malta, my home country, as I was born here. I started working as a family doctor and built my family. I was introduced to the German-Maltese Medical Society (GMMS) and have been a member since the early founding years in 1999.

Over the years, the GMMS has made it possible for Maltese medical students to gain experience in German hospitals as trainees.

The German Maltese Circle with the support of the government has been offering language courses in German to these trainees with a particular emphasis on medical terms.

Today we are trying hard to give students the opportunity to experience medical practice in Germany and have also organized an exchange of students between Germany and Malta. 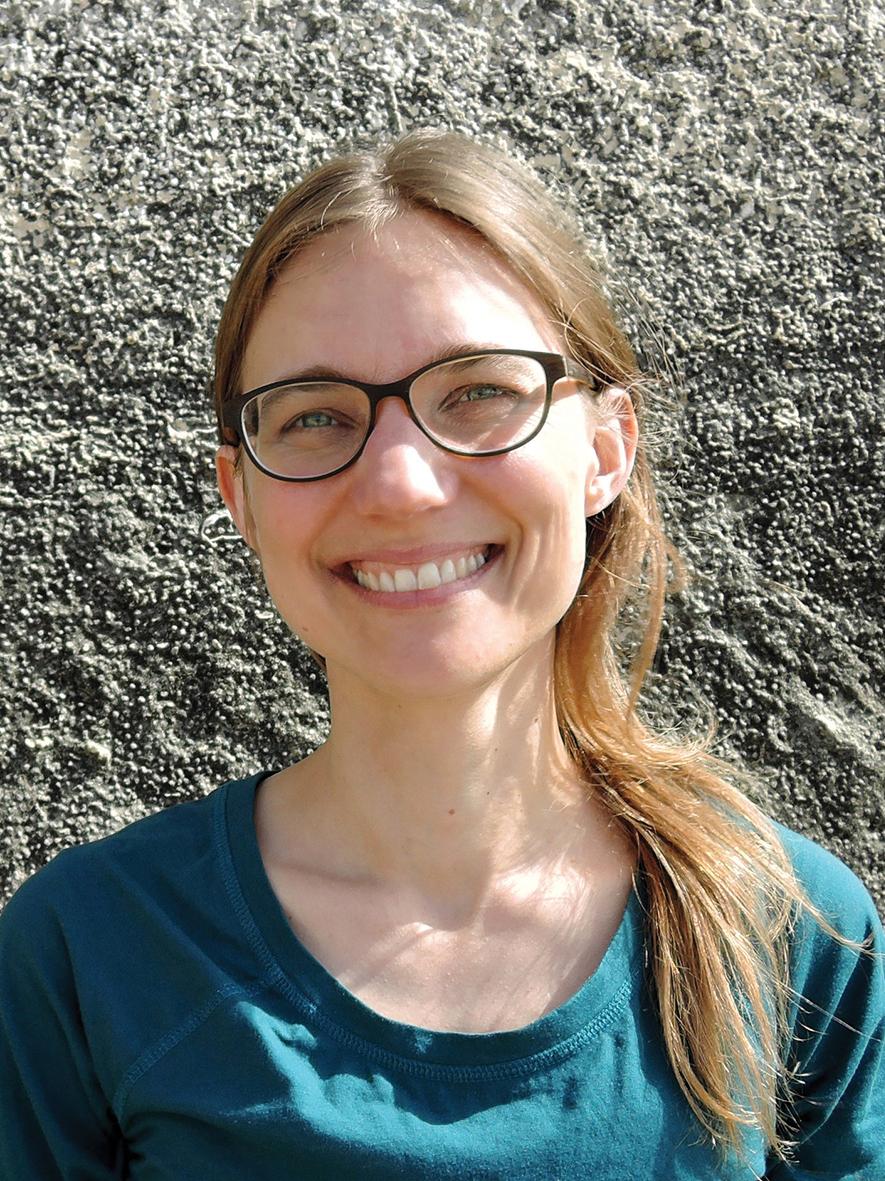 The Department of German is part of the Faculty of Arts at the University of Malta. It offers the opportunity to study German in a range of courses: full-time undergraduate and postgraduate degree courses (BA Honours in German, BA General with German, MA and PhD in German). We also offer part-time language courses for all language levels, open to all students and staff at the University, and part-time evening courses for the general public. We teach and research German language and linguistics and the cultures and literatures of the German-speaking countries.

The 30th anniversary of German unification is an occasion for reflecting on historical change and memory cultures. It reminds us that the political systems we live in are not without alternative. For cultural studies, the practices of remembering national anniversaries are also an object of analysis: what purposes do memory politics serve? Do they bolster nationalist tendencies or foster a critical understanding of the past and the present? 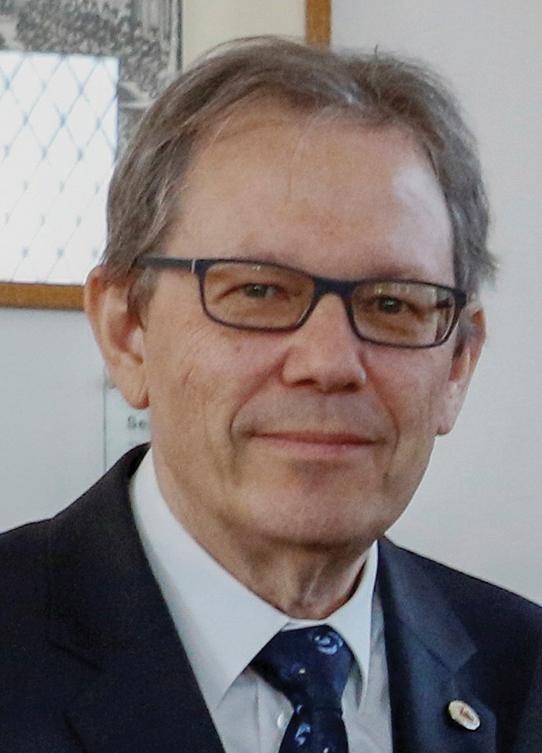 In 1991, one year after the reunification of Germany, the Deutsch-Maltesische Gesellschaft (DMG) was founded in Germany to promote Maltese-German relations and to strengthen friendship between the two countries through cultural and social activities.

The DMG is a voluntary organization, not political and not denominational.

The aim of the DMG is to promote youth work and youth exchanges. The German schools are supported by information about Malta and by partial financing of school trips to Malta.

A number of Maltese artists presented their work in Germany with the support of DMG. DMG presents Malta at local festivals in Germany.

Membership trips are organised every year, also to Malta and East Germany. There a city guide, a French teacher, who explained the peaceful demonstrations before reunification in the church of Meiningen and was very happy to visit Western Europe – this was impossible before the reunification.

These activities, important events or the latest developments in Malta are published in the quarterly DMG newsletter.

An event that reverberates 30 years on 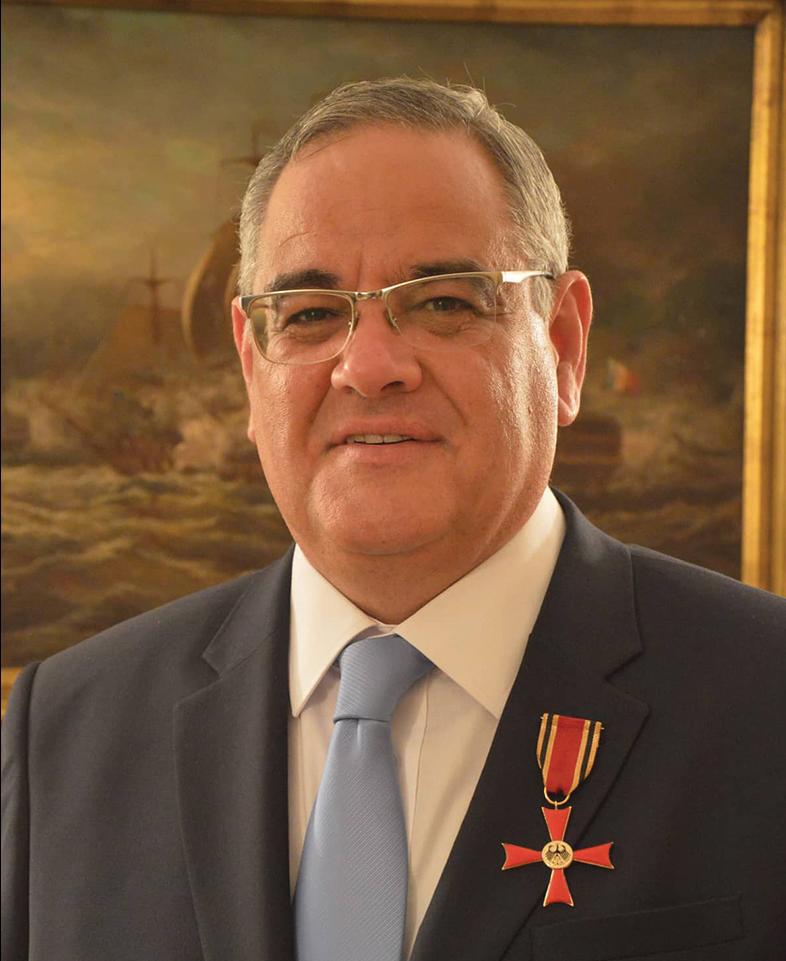 October 3 marked the 30th anniversary of the reunification of Germany. A nation once divided for decades between two ideologically opposed blocs, was finally reunited as one under a single flag.

The reunification was a significant turning point not only for Germany - it also brought about significant changes to the whole of Europe.

The collapse of the Berlin Wall on November 9, 1989, and the inevitable reunification of the German nation that followed, ushered in a period of peace, together with economic, social and cultural development across the whole European continent.

The formation of the European Union incorporating former east bloc states, and the European Monetary Union that gave rise to the Euro as a common currency, are just two important milestones championed by a reunited Germany. The social and economic benefits that have resulted for other EU member states are many. The reunification was indeed a resounding success.

Malta benefited from these developments also. German investments in our country continued in the years after reunification, and today contribute to a large degree to the Maltese economy, also providing stable employment.

Relations in every aspect between Germany and Malta have always been strong, having been laid on solid foundations many years ago, and cultivated by the dedicated support of several individuals both German and Maltese.

The German-Maltese Circle, which will in a few days celebrate the 58th anniversary of its establishment, continues to promote all initiatives in the fields of German language and culture, thereby contributing directly to the reinforcement of the existing bonds between the two countries.

The German-Maltese Circle congratulates the President, the Government of the Federal Republic of Germany and the German people on the occasion of the 30th anniversary of reunification. May Germany continue in its path of peace and development and may German-Maltese relations be strengthened evermore.

The Malta Centre in Bremen was established in June 2012 by a joint initiative of the rectors of the University of Malta and the University of Bremen (the current contract expires in mid-2022). The MC focuses on language-related issues and serves as a clearing house for all international activities in the domain of Maltese linguistics.

The MC regularly offers seminars, guest lectures, and practical language courses for students of linguistics (both local and international). Students of linguistics in Bremen who want to write their B.A. or M.A. thesis on topics related to the Maltese language are tutored by the MC. The MC hosts a library of modern Maltese literature and non-fiction from all genres (more than 1,000 titles are already on our shelves). The MC is involved in the organization of the biennial conferences of the International Association of Maltese Linguistics (GHILM). 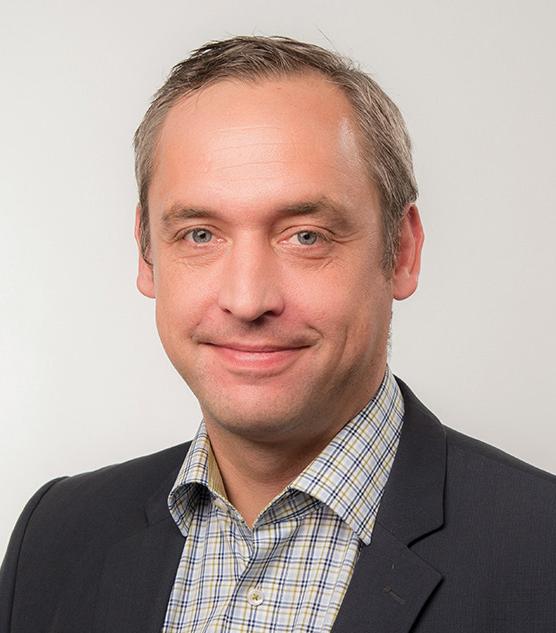 Over the years, Malta and Germany have built  solid and mutually beneficial economic relations, amounting to more than €1 billion in trade a year in a wide variety of areas.

Thanks to Malta’s advantageous business climate, many German companies have chosen to set up production facilities on the islands. Conversely, several Maltese companies have extended their reach to locations in Europe’s biggest, most industrialized and best-connected market: Germany.

In these challenging times, the two countries may cooperate even more closely, as Germany offers Maltese firms opportunities to employ their expertise at the heart of mainland Europe. Germany has a true passion for technology and efficiency, the workforce is highly skilled, the infrastructure is excellent, and research and development have always been a priority. The rapid expansion of the digital economy and the need for quicker, more efficient and secure transactions continuously requires new ideas, for example, in business and financial services, IT security and applications for a smarter and greener economy.

Germany Trade & Invest, the German government’s economic development agency, can help you find the optimal form, best partners and ideal location for your expansion to Germany. Focusing on your business model and needs, our sector-specific experts in Berlin will give you all the information – such as first-hand experience with the market, incentives and regulations – you need to get started in Germany. We will open doors and put you in contact with service providers and regional development agencies wherever you decide is best for you in Germany.

For more information contact us through our Milan office at oliver.doehne@gtai.com.