Gharb Council said today that it will take legal action to safeguard the reputation of Frenċ tal­-Gharb after allegations made by the mother of a Welshman serving a 10-year jail term for growing cannabis.

Mrs Holmes, in an appeal on Monday for her son's case to be reconsidered, said that the Gozitan regarded as a holy man had also used cannabis to heal people. 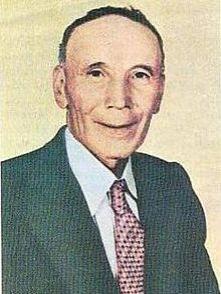 "Whilst sympathising with Mrs Kate Holmes, and without entering into the merits of the relative case, the Gharb Local Council expresses its disapproval following these remarks. Frenc tal­-Gharb was a local icon and his reputation should not be tarnished with statements of this sort," the council said.

It said it 'unequivocally contests' her 'groundless allegations' and will be taking all necessary legal action to ensure that the memory of Frenc tal­-Gharb would not tainted in any way or form.

Kate Holmes is the mother of Daniel Holmes, who was convicted of cultivating a kilo of cannabis.

In an appeal for her son's case to be reconsidered, Mrs Holmes said that Frenċ tal-Gharb had cured many sick people in Malta and Gozo "and his secret medicine is now known to be cannabis".

Although he never studied medicine, he was considered by many as healer of body and soul.