Maskless people greet each other in the streets, friends gather for meals inside restaurants and sports fans once again attend live events.

Gibraltar, a tiny British territory on Spain’s southern tip, has become one of the first places in the world to vaccinate the bulk of its adult population against COVID-19, allowing virus restrictions to be lifted and life to almost return to normal.

For Cristine Parody it meant celebrating Easter “as it should be” with her daughters and grandchildren after spending Christmas and her 65th birthday alone.

“It was wonderful to have this contact again,” she told AFP on Gibraltar’s pedestrianised Main Street, which was packed with shoppers, the vast majority not wearing face masks. 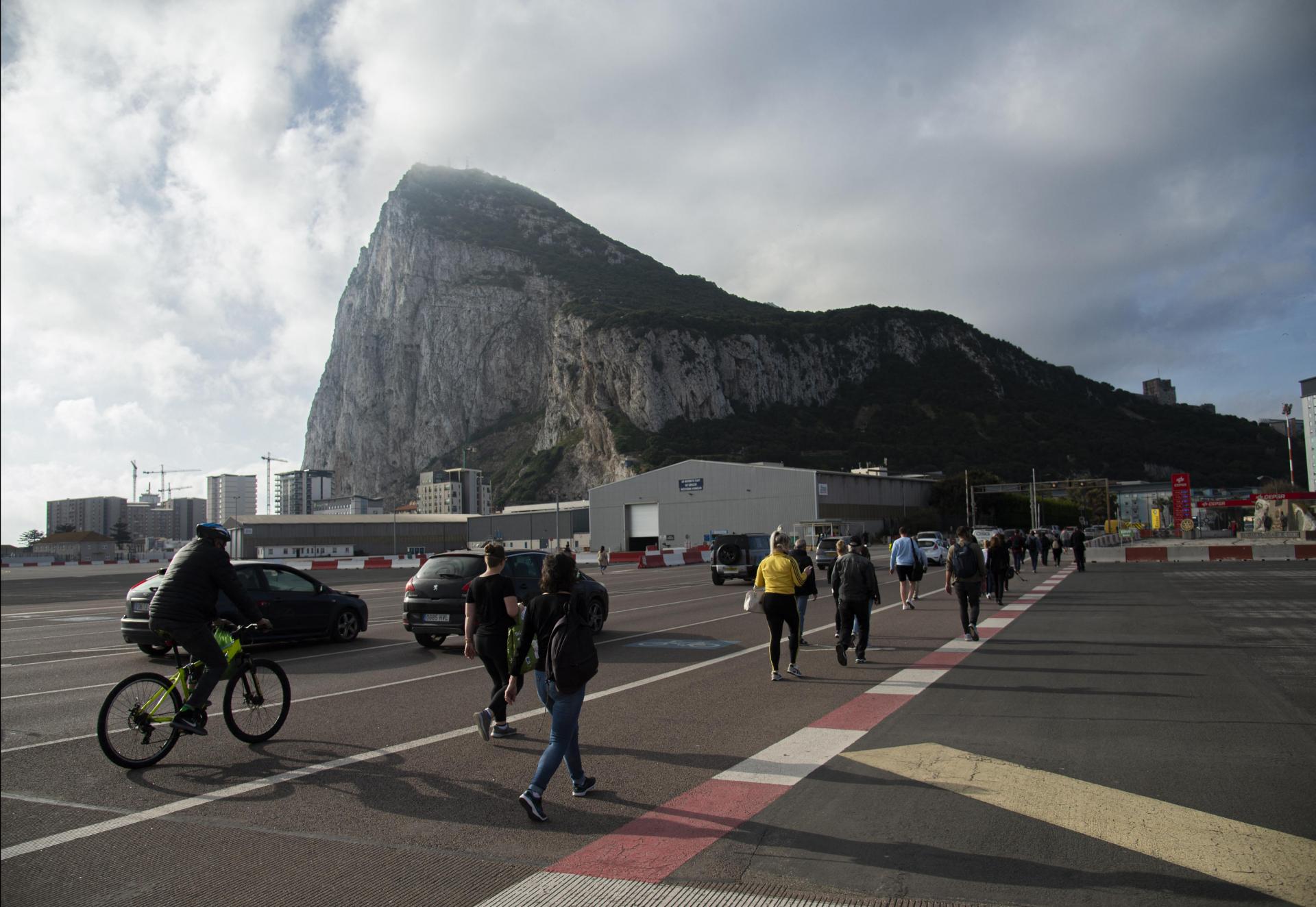 Spaniards cross the border between Spain and Gibraltar to go to work on April 6, 2021.

Since the end of March, masks are only required in enclosed public spaces, shops and on public transport.

And a curfew between midnight and 5am was also lifted, boosting business at bars and restaurants which only reopened on March 1 after months of restrictions.

Popular spots such as Ocean Village Marina and Irish Town are once again buzzing with people enjoying a meal or a drink.

Gino Jimenez, chairman of the Gibraltar Catering Association who also runs a popular eatery, said it was “especially gratifying” to see vulnerable seniors finally “out of their homes and safe”.

Gibraltar Chief Minister Fabian Picardo announced Thursday that rules restricting gatherings to no more than 16 people will be eliminated as of April 16.

And as of Monday there will no longer be any limit on the numbers who can sit together at a bar or restaurant.

In Gibraltar, with a population of 34,000, the pandemic claimed 94 lives, most this January and February, and infected nearly 4,300 residents.

But thanks to the vaccine drive, there have been no virus-related hospitalisations for more than two weeks in the territory of just 6.8 square kilometres overshadowed by a massive limestone promontory dubbed “the Rock”.

Since “Operation Freedom”  began in January, Gibraltar has fully inoculated 85 per cent of the population.

And over half of the 15,000 or so commuters who come from Spain to work in Gibraltar have received at least one jab.

“It is a huge relief,” Health Minister Samantha Sacramento told AFP at her office atop the only hospital which offers sweeping views over the harbour.

She credits the enclave’s small size and a steady supply of vaccines – Pfizer and AstraZeneca – for the swift roll-out.

“During the first weeks, we were vaccinating seven days a week. It was literally a conveyer belt,” said Sacramento, the only woman in Gibraltar’s cabinet. 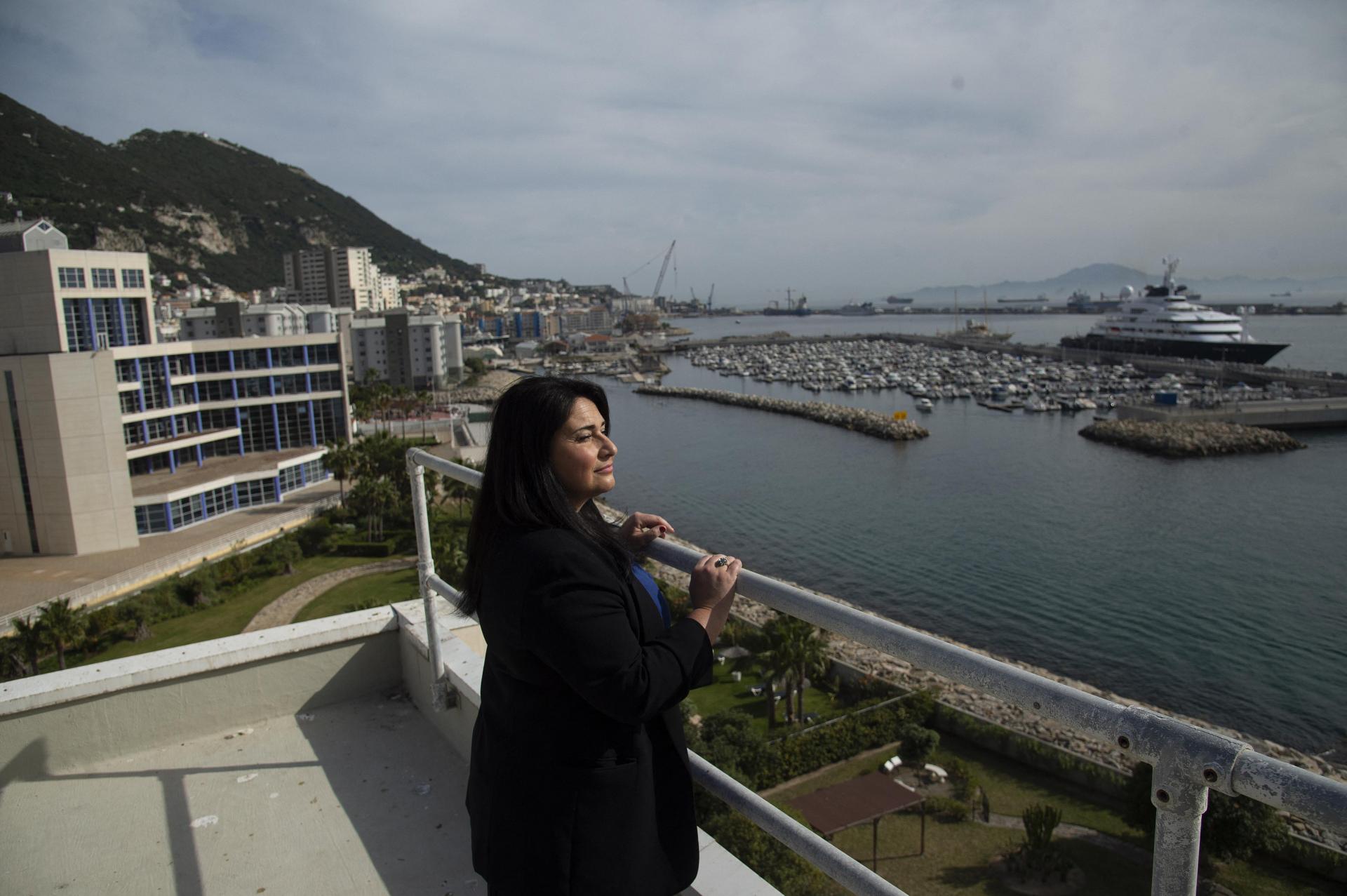 Gibraltar’s Minister of Health Samantha Sacramento poses at her office.

Frontline hospital staff and elderly care home residents and workers were the first in line.

Then a vaccination centre was set up above a shopping arcade at the start of Main Street to inoculate the public.

On a recent weekday morning, a steady stream of people could be seen filing in for their vaccine appointments.

After having their temperatures checked at the entrance and signing in, they were swiftly steered to one of 14 stations, with the whole process taking about 20 minutes.

“It was all so fast,” said 22-year-old Alejandro Campoy after getting his first jab.

He crosses into Gibraltar every day to work as a delivery man, walking across the airport runway that separates the territory from Spain’s La Linea de la Concepcion where he lives.

Those who receive both doses of the jab are issued with a vaccination card that can be used to attend mass events or to travel.

In both cases, fans also had to test negative on the day of the event.

Gibraltar’s reopening comes as most of the rest of Europe is stepping up restrictions and struggling to manage vaccine rollouts.

Rafael Cordon, a 63-year-old chef who commutes daily to work in the British territory from the Spanish town of San Roque said he was grateful to Gibraltar for being able to get fully vaccinated so quickly.

He said there was now a big contrast between both places.

Being in Spain, where mask-wearing in public is compulsory and night curfews are in place, is “like being inside a fishbowl where your movements are limited,” he said.

“Then you cross over to this side and it is like going from one world to another. This is an oasis right now.” 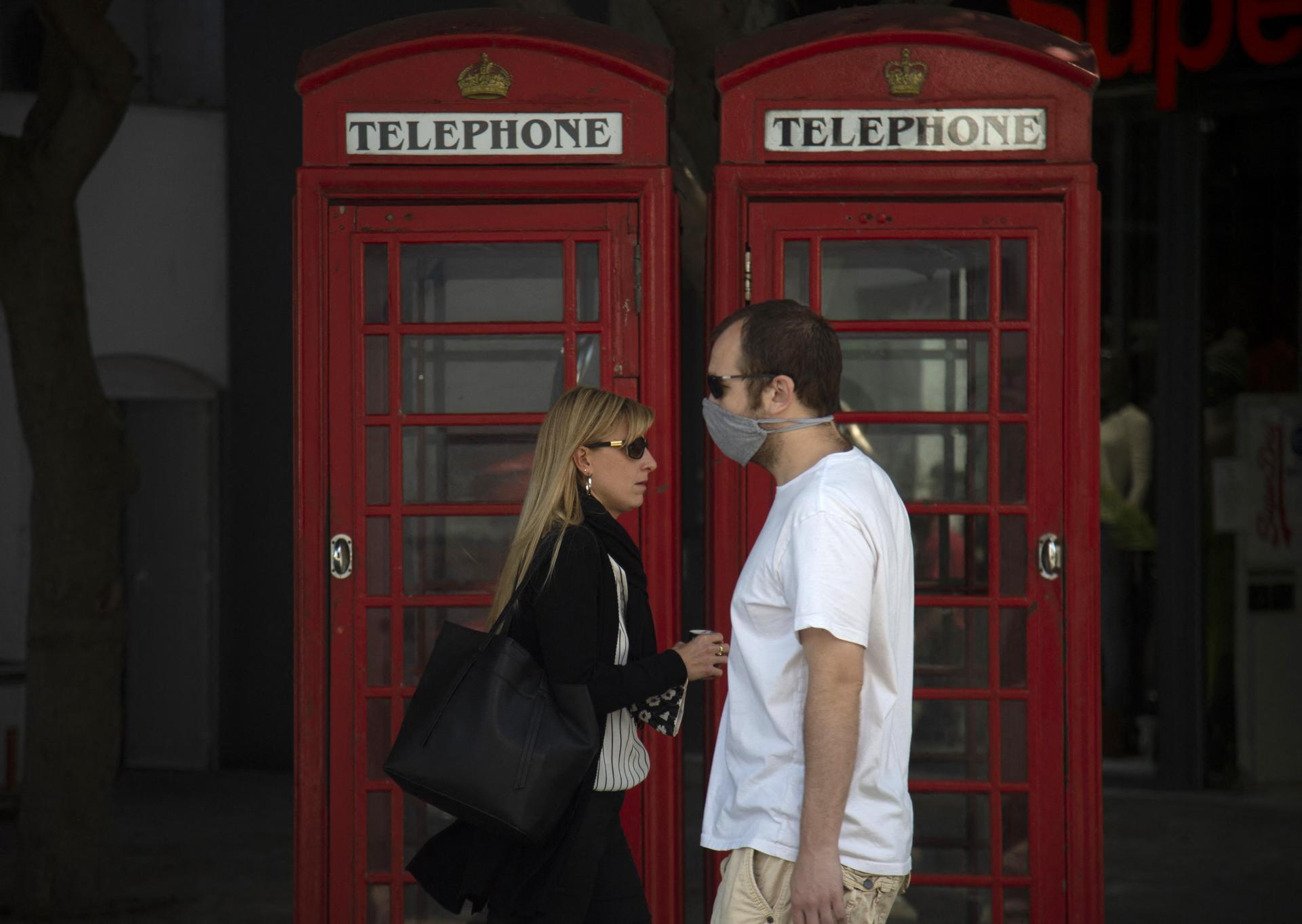